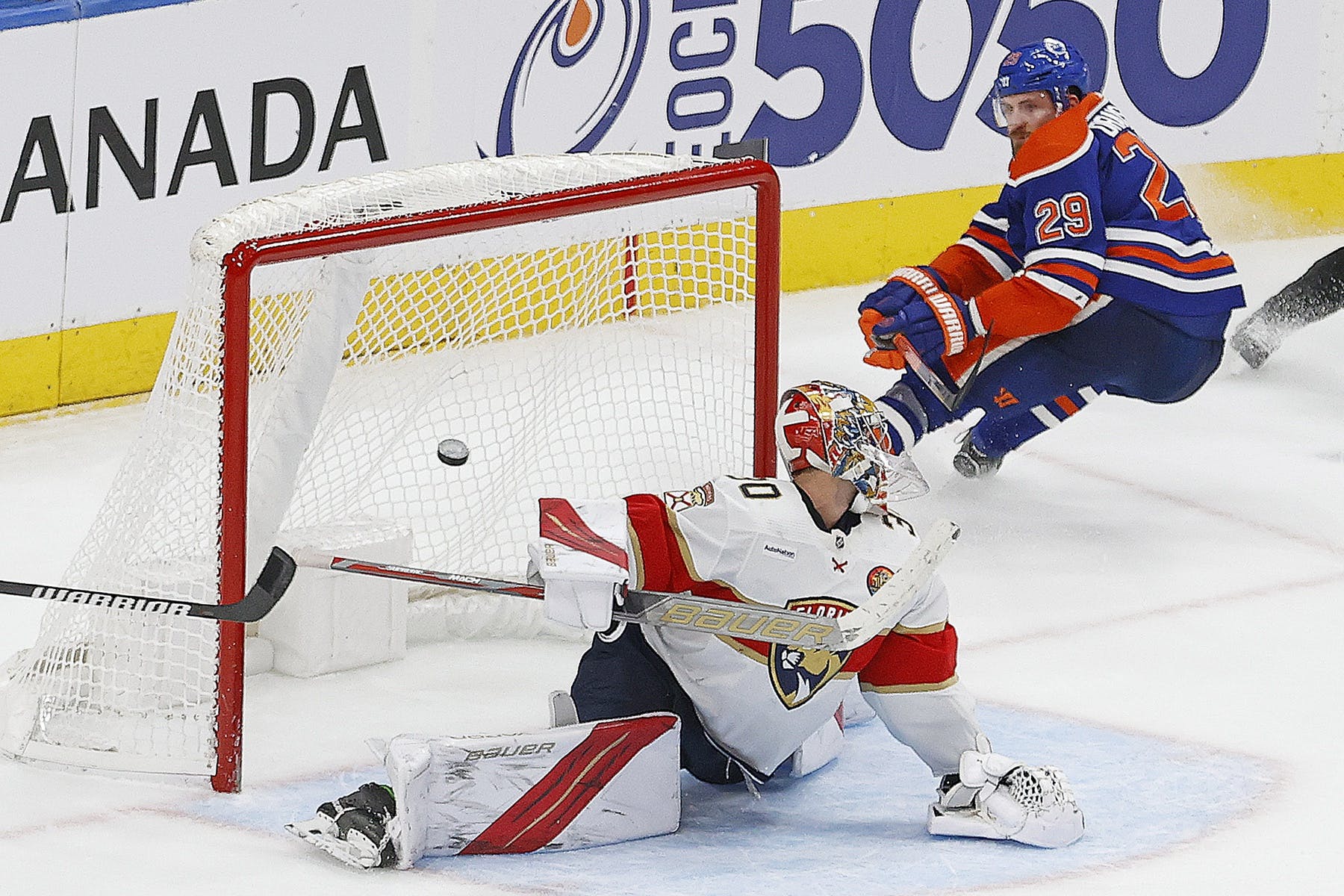 By Robin Brownlee
2 months ago
What we saw Monday was the kind of game that can come off the rails early. It was the kind of game a lot of Edmonton Oilers teams in the not-too-distant past would have lost between the ears even before they lost it on the scoreboard.
Instead, what we got at Rogers Place last night was a 4-3 overtime win over the Florida Panthers in a game that had some fans rolling their eyes early on a misplay by Darnell Nurse. Matthew Tkachuk put that behind Stuart Skinner in the opening four minutes for a 1-0 lead. “Nurse with a nice apple” hit my Twitter timeline in seconds.
Having just pulled a fast one in New York Saturday by coming back from a 3-0 deficit to stun the Rangers 4-3 – and because some fans tend to fixate on how much Nurse makes on his new contract instead of on what is actually happening on the ice – I guess that’s understandable. Here we go again. Playing from behind is a recipe for disaster. Fair comment.
While this one wasn’t as wildly entertaining or unlikely as the comeback in the Big Apple, it was close. The details you know. Evan Bouchard tied it on a one-timer with 4.4 seconds to go in regulation time and Leon Draisaitl won it 22 seconds into OT on a two-on-one with Connor McDavid on a play Nurse started with a stretch pass. Now, that was a “nice apple.” 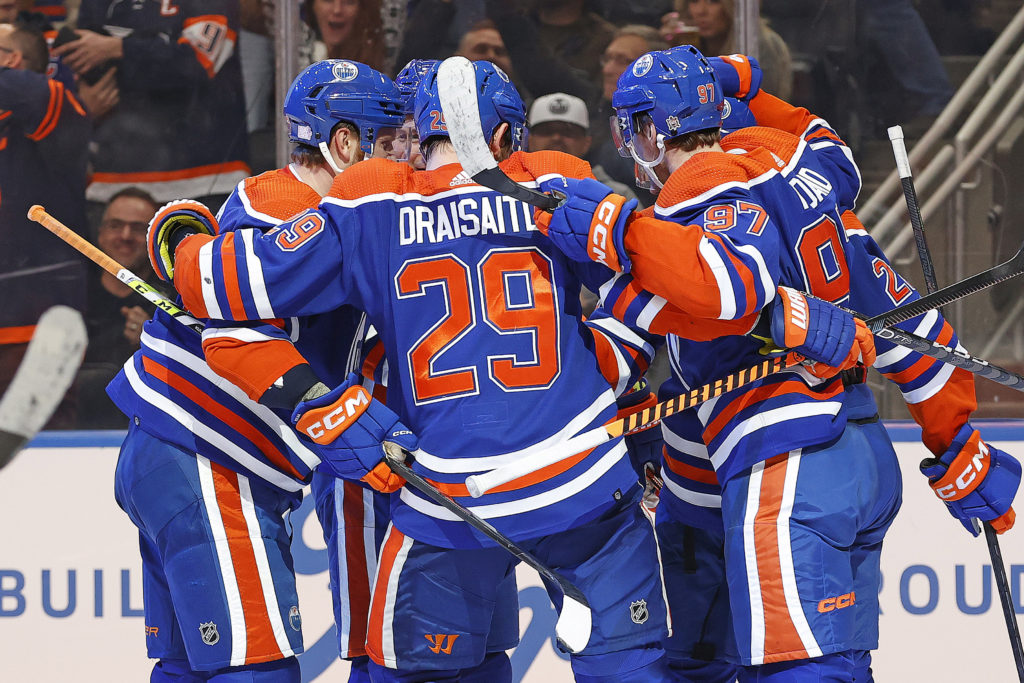 Nov 28, 2022; Edmonton, Alberta, CAN; Edmonton Oilers players celebrate a goal scored by defensemen Tyson Barrie (22) during the third period against the Florida Panthers at Rogers Place. Mandatory Credit: Perry Nelson-USA TODAY Sports
I’ve lost count of how many times Draisaitl and McDavid have saved this team’s bacon and you probably have too. The thing is, they had help in this one. Zach Hyman was terrific and picked up three assists. Tyson Barrie, the guy everybody wants to trade, had the 2-1 goal. Bouchard, the reason so many fans believe Barrie is expendable, has three goals in his last two games. Now, if this outfit would only try playing as frontrunners more often.
“We were down 1-0 five minutes in the game on kind of a tough bounce that ended up in the back of our net,” coach Jay Woodcroft said of another wobbly start. “Nobody dropped their head or didn’t have belief. I think we had the belief that even though it was a tough slog of a game that we could find our way to ending up on the right side of it.”
Hyman was the epitome of what Woodcroft is talking about. He had what looked like the 1-1 goal disallowed when the officials ruled that he kicked the puck past Spencer Knight. With his goal taken off the board, the always hustling Hyman had assists on three consecutive goals. Hyman is a keeper, Woodcroft agrees.
“He’s a big factor in those goals. He had one taken away, but he’s been all over it,” Woodcroft said. “I think I looked at the game sheet against Long Island and he had eleven shots on net that game. I thought he was all over it in New York, he had numerous scoring chances against the Rangers, and tonight he was a big factor in securing the win for us. He’s an invaluable piece of what we have going on here.
“Zach is somebody who’s willed his way to the National Hockey League. He’s willed his way to the career that he has had and he’s blood, guts, and snot. He’s a worker that I described earlier this year as someone who’s hard to play against but easy to play with. I think that’s what his teammates would say about him and I think that’s a huge compliment.”

The way these last two games started, the Oilers could be sitting at 10-12-0 and outside the playoff cutline today, but despite being banged up and less-than-perfect, they’re 12-10-0 and in the post-season mix as they face the Chicago Blackhawks on Wednesday.
“Good way to stick with it,” Draisaitl said. “Not our A-game obviously, but you got to win games in this league playing your B-game. So yeah, take the two points, clean a couple of things up, then keep going.”
Editorials
Featured
Oilers Talk
Recent articles from Robin Brownlee