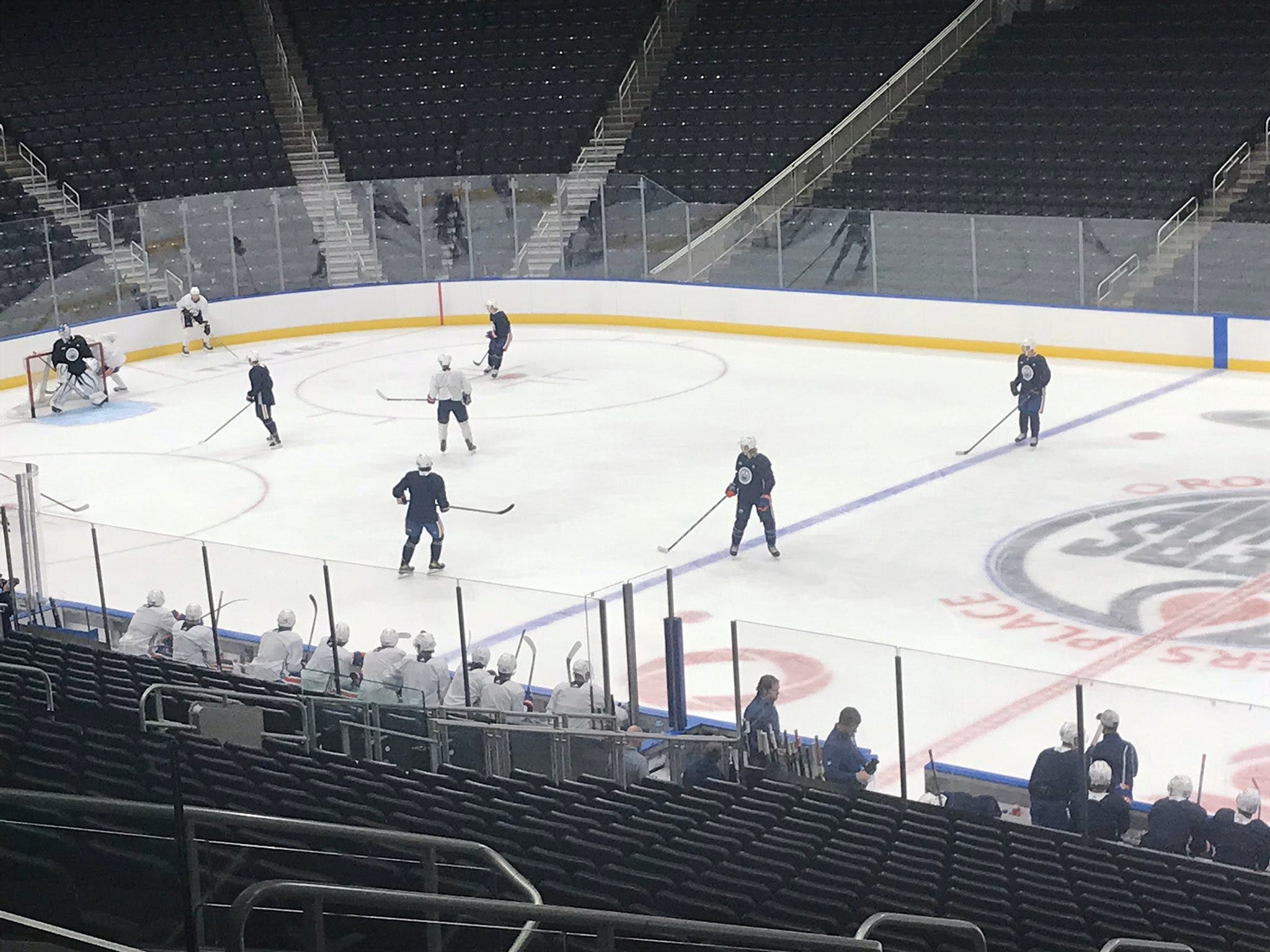 By Zach Laing
4 months ago
The Edmonton Oilers had their informal first practice of the offseason and an informal scrimmage at camp Friday morning.
And on the Oilers’ top line in the scrimmage: Derek Ryan.
Okay fine — maybe Derek Ryan won’t be on the Oilers’ top line but in the meantime, let’s have some fun with it.
Hockey’s around the corner sooner than some may expect with the Penticton Young Stars tournament kicking off next Friday. There, players like Dylan Holloway and Reid Schaeffer, among others, will lace up their skates.
Training camp officially opens on Sept. 19 with the first preseason games kicking off on Sept. 24 — two weeks from this Saturday. The 2022 Global Series games will be played overseas in early October.
The Nashville Predators are playing SC Bern from the Swiss League on Oct. 3 while the San Jose Sharks take on Eisbären Berlin playing in the DEL on Oct. 4.
It wraps up with the Predators and Sharks playing games on the 7th and 8th in the Czech Republic. The Colorado Avalanche and Columbus Blue Jackets, meanwhile, will play in Tampere, Finland on Nov. 4-5.
The Oilers’ pre-season, meanwhile, kicks off on Sept. 25 against the Winnipeg Jets at Rogers Place. Here’s the full pre-season schedule, via the Oilers:
Oilers Pre-Season Schedule (All times Mountain)
Zach Laing is the Nation Network’s news director and senior columnist. He can be followed on Twitter at @zjlaing, or reached by email at zach@oilersnation.com.
Nation Takes
News
Oilers Talk
Recent articles from Zach Laing