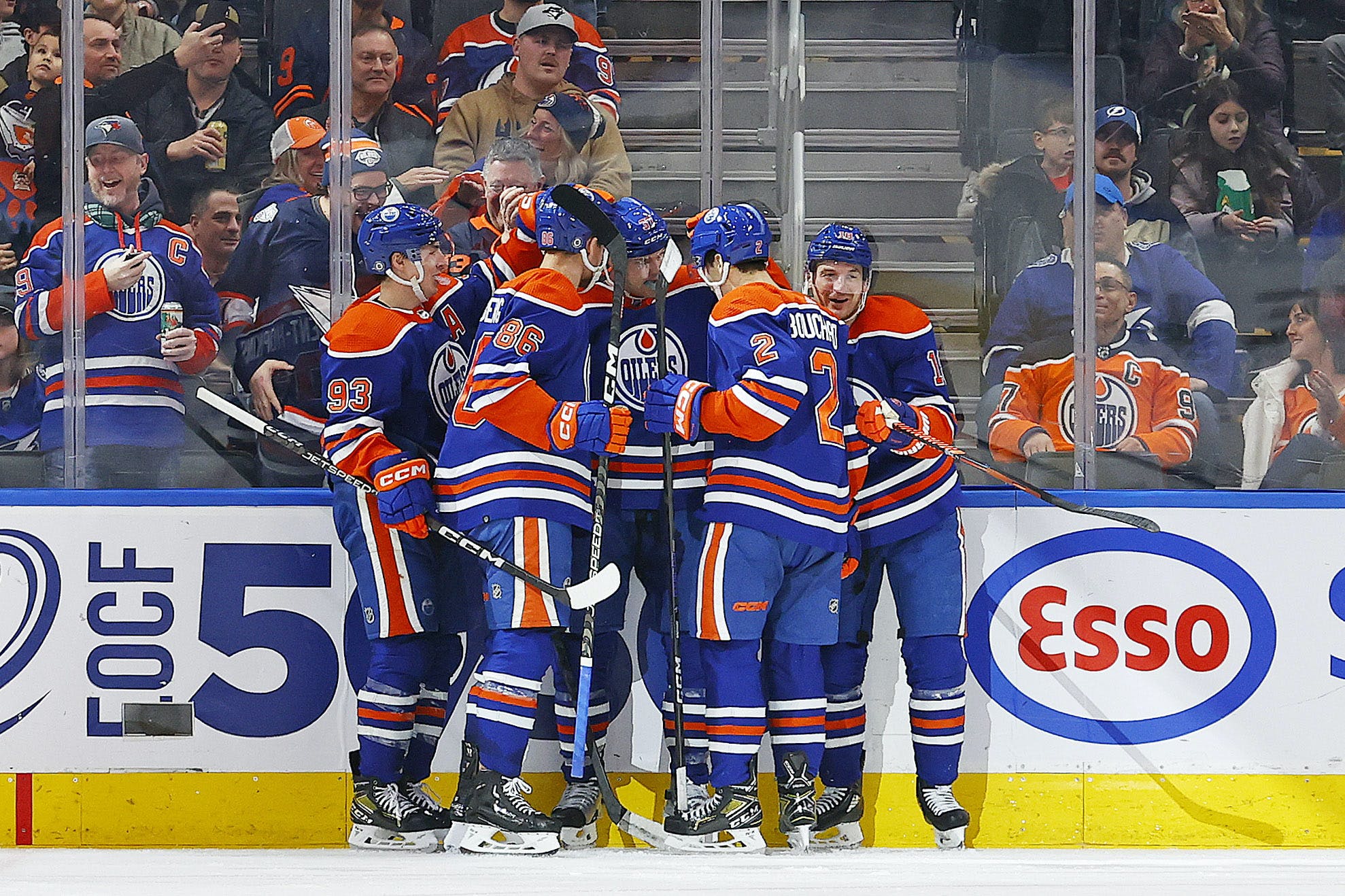 By BlackDogPat
5 days ago
The boy’s team started the year hot … four wins in a row, then a loss. We went to a tournament, lost the first game, then ran the table to win our first-ever championship (in our last year to boot … man it was awesome). Came home at 8 and 2. Went 3-2-1 over the next half dozen, riddled with the flu and losing our heart and soul, a tiny left winger who suddenly moved to Ottawa, but still playing pretty well. Went to our second tournament. Tough opposition. One tie in three games got us fourth out of six teams and into the semis where we lost 1-0. We could have gone 4 and 0. Ended up 0-3-1. And then it was a long December. Loss after loss as the wheels fell off, at one point we had a win and that one tie to show in nine games. It was ugly. We got back to basics and won our last game before the holidays.
We lost the first game after Christmas and then suddenly, well, suddenly things took off. Our talisman came back and with her return … we won. And then we won again. And again. We are now at five wins in a row, including a Friday night full value over a team with one loss all season. We are in first place and we are absolutely pounding teams into dust. We played the team that was in second before Christmas, out-chanced them 35-6 (!!!), chased their star goalie, and absolutely terrorized them …
What has changed? Certainly one player, no matter how good, (and she is good) can make that much of a difference, right? Her return has helped but the holidays gave us a reset. The boy said (and he was right) that after we won the tournament we lost our hunger. And he was right to a certain extent. And even with that we were in the mix in the league until a couple of games before Christmas and we lost a coin flip game in our second tournament.
But the hunger is back and it manifests itself in a relentless forecheck and backcheck which is turning teams into powder. Suddenly not only our stars are scoring but up and down the lineup we are getting goals. The boy is playing the best hockey of his life on the back end, skating for miles every game, putting up two or three points a game and not allowing other teams to even get a sniff in our end. Chemistry, momentum, I don’t even know what you call it but we coaches barely have to say anything right now.
The gang has less than twenty games left in their minor league careers. I don’t know if we can keep this up. Another ten to eleven weeks of dominant play might be too much but then again … why not? 😉
– – –
The Edmonton Oilers have been streaking too and not a moment too soon. Maybe two weeks ago I saw an article or something that basically said that the Oilers needed to play at some insane pace just to make the playoffs but … here we are, five wins in a row and points out of the division lead. They have been full value too beating teams they need to catch and a nice win over one of the top teams in the league, Tampa.
Why have things turned around …
Well just as we lamented early on how it seemed that EVERY young player and EVERY bottom sixer (often one and the same) were struggling and failing to meet expectations … well suddenly this has changed. The return of Ryan McLeod (who knew!?) seems to have jolted people. Maybe, like our young left winger, it is coincidence, or maybe his return and that of Evander Kane, has suddenly created competition, forcing players to get going. Woodcroft has options now. On the back end, the arrival of Desharnais and the stronger play of Bouchard and Broberg are also making things happen with a group that was maybe a bit too comfortable …
In the last five games the Oilers have gotten goals from Kostin (4), McLeod (3), Holloway, Puljujarvi, Janmark, Ryan and Foegele … 12 out of 27 goals …
Call it competition, chemistry, or confidence … but after weeks where the Oilers were not getting any offence from anyone but McDavid, Draisaitl, Hyman or Nugent-Hopkins … this surge has turned them from also-rans to a possible good bet to win the division.
And of course, let’s not forget Jack Campbell. I love Jack Campbell but his struggles in the fall were not that big of a surprise. Like most goalies he has ups and downs but his dips are Mariana Trench deep. Guy is hard on himself. But now he is rounding into form and his timing is impeccable. With he and Skinner back there the Oilers suddenly have what they hoped for, a strong tandem.
Now about that D …. 😉
Is this team a contender … mmm probably not but then again with Colorado bumping along … does anyone in the west really scare anyone? With better goaltending last season the Oliers don’t beat the Avs but they push them to six with Leon playing on one leg …
Holland has not done a great job, there is no way this team should be where they are with 97 and 29 in the house but here we are. And they are trending upwards … so … let’s go streaking!!! (Where is Travis Dakin when you need him anyways? 😉 )

Do you want to come with us to Toronto in March for an HNIC matchup that we’ll be watching in a suite? Of course you do. That’s why I’m telling you to sign up for the #NationVacation to T.O. and join us for a weekend that no one will soon forget. Check out the details you need right here.
Editorials
Featured
Oilers Talk
Recent articles from BlackDogPat