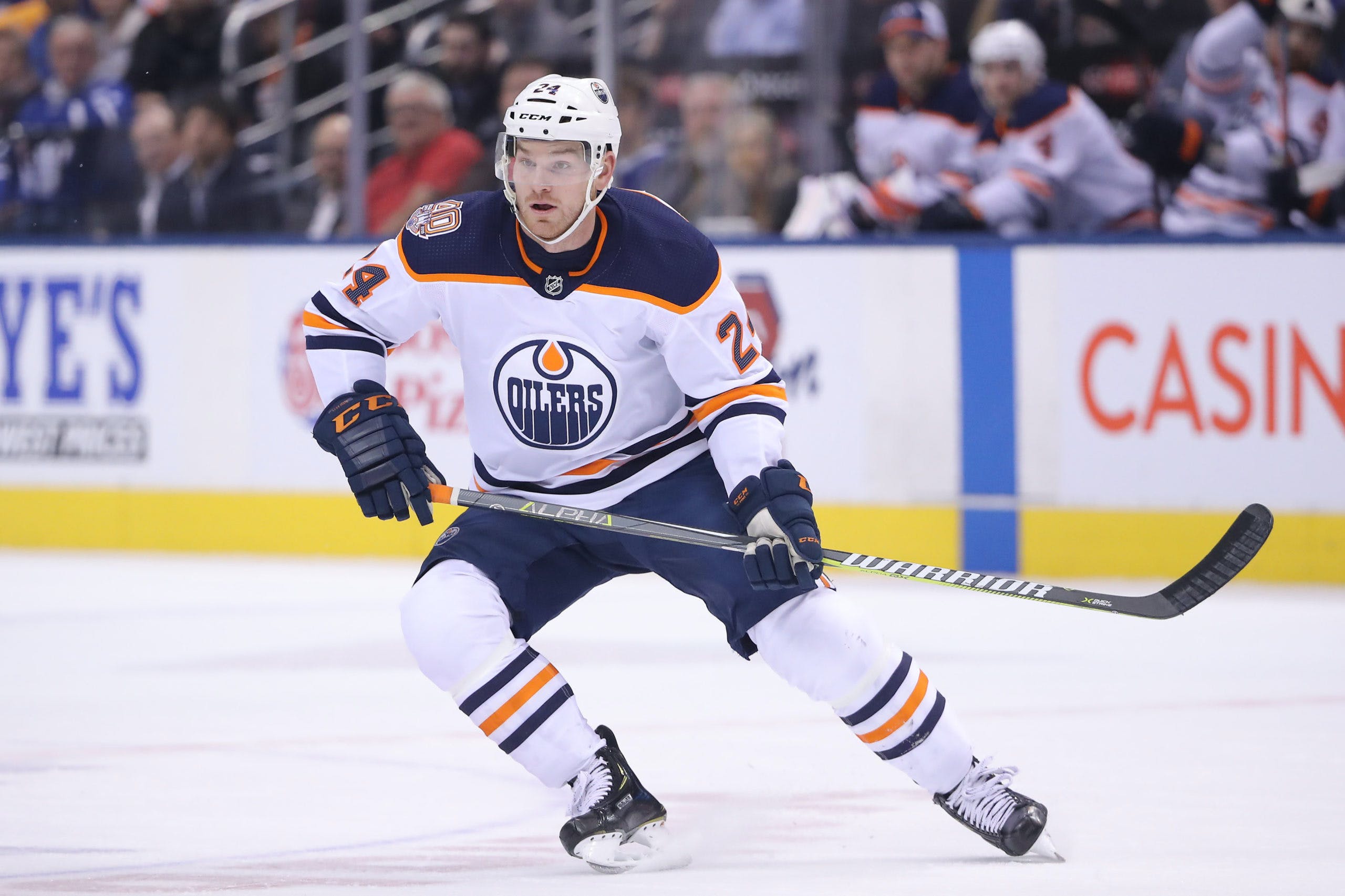 By Zach Laing
11 months ago
The Edmonton Oilers have placed defenceman Kris Russell on the long-term injured reserve and recalled forward Brad Malone.
Russell was placed on the injured reserve in early February, but his injury is unknown. Russell has appeared in 20 games for the Oilers this year notching four assists.
His last game came on Jan. 31st, when he played 10:24 against the Ottawa Senators.
Malone, meanwhile, has been in the Oilers organization since 2017. He signed with the Oilers, but has played the bulk of his time with the AHL’s Bakersfield Condors. There, he’s been a key veteran for some young teams.
In 209 games with the Condors, he’s scored 55 goals and 141 points. The Oilers inked Malone to a one-year, two-way contract on Feb. 10th just hours after the team let go head coach Dave Tippett.
Malone has played in 199 NHL games over his career between the Colorado Avalanche, Carolina Hurricanes and the Oilers. In Edmonton, he’s appeared in 23 games between the 2017-18 season and the 2018-19 season.
He’s a player that many young players on the Oilers would know well, as well as head coach Jay Woodcroft and assistant coach Dave Manson.
Malone’s recall comes after the Oilers were without Kailer Yamamoto and Ryan Nugent-Hopkins Sunday against the Carolina Hurricanes.
Zach Laing is the Nation Network’s news director and senior columnist. He can be followed on Twitter at @zjlaing, or reached by email at zach@oilersnation.com.
Nation Takes
News
Oilers Talk
Recent articles from Zach Laing