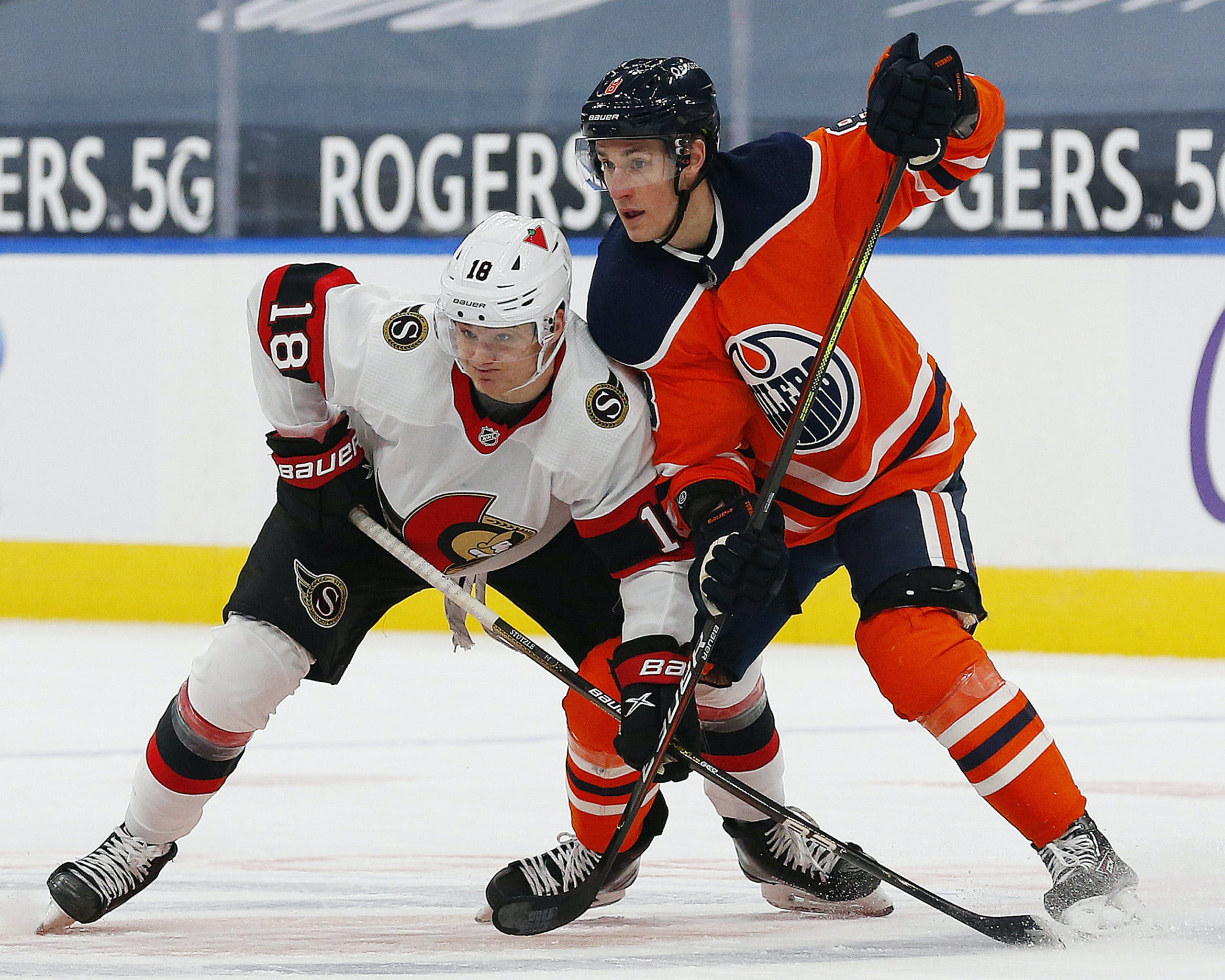 By baggedmilk
10 months ago
The Edmonton Oilers are taking care of a little business on Sunday afternoon as they’ve placed Kyle Turris on waivers for the third time this season.
If you remember back a little bit, the Oilers signed Kyle Turris to a two-year deal ahead of the 2020-21 season, and I don’t think I’m talking out of school when I say that things haven’t gone as hoped. Instead of locking in a spot on the roster and solving the Oilers’ problems at 3C, Turris has struggled to gain any traction with his new club and finds himself out of the lineup more often than he’s been in. We thought he might fit, but unfortunately, he has not even been close.
So what does putting him on waivers for the third time mean in this particular case? According to the folks at PuckPedia, waiving Turris means that he’s been activated off LTIR. Assuming he clears without being claimed, the Oilers will lose $1.65 million from their LTIR and save $1.125 million with him being down in Bakersfield, creating a net loss of $525,000 in salary cap space.
In 50 total games played with the Oilers since coming aboard, Turris has registered a meager three goals and six assists for only nine points, which is certainly not what we had hoped for he came over from Nashville. So far in 2021-22, the third overall pick from 2007 has chipped in with one goal and three assists while averaging 8:37 in TOI in 23 games played.
Turris’ last appearance with the Oilers was on March 5th against the Montreal Canadiens where he had only six shifts for a total of 4:41 in TOI.