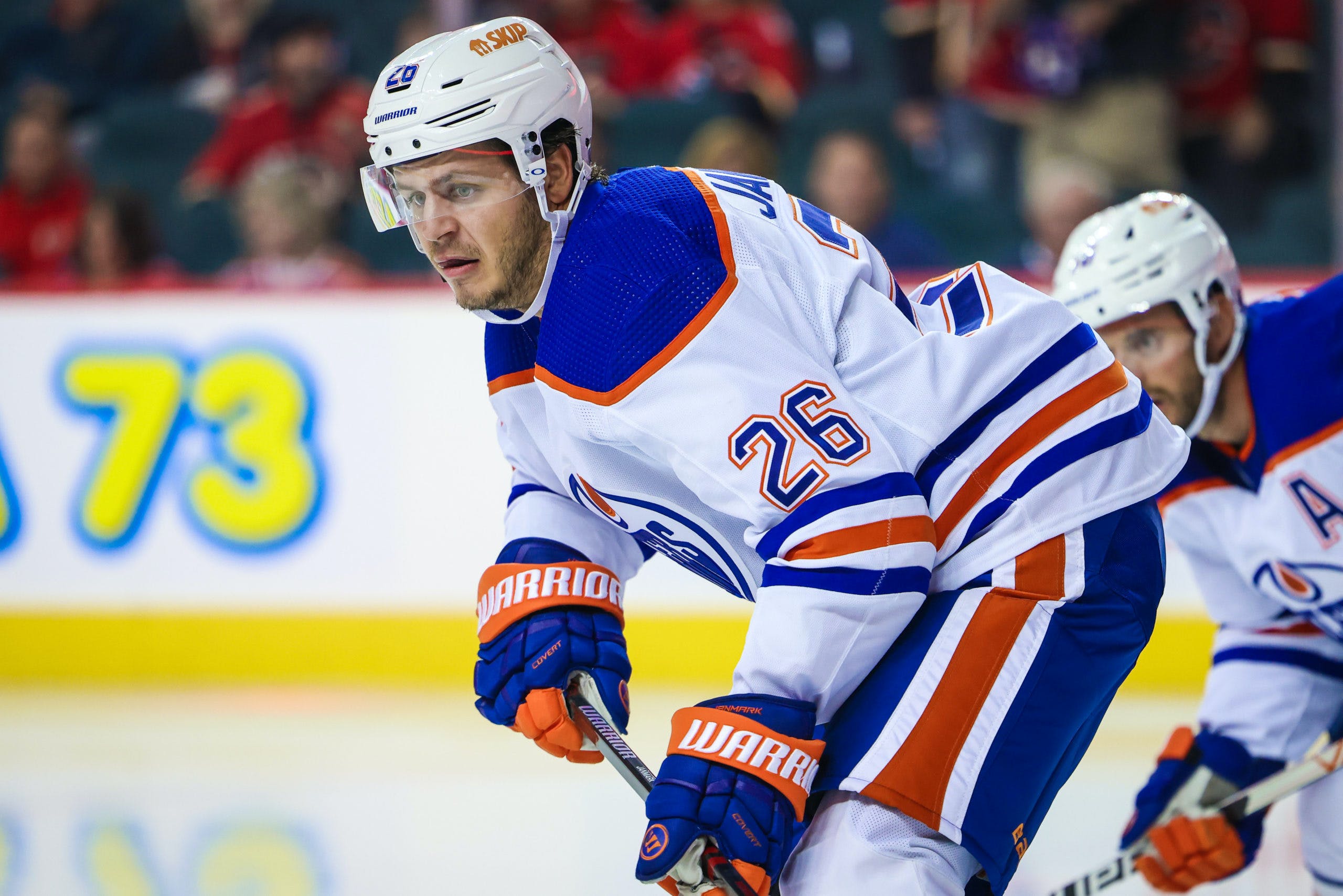 By Zach Laing
1 month ago
The Edmonton Oilers have placed forward Mattias Janmark and defenceman Dmitri Samorukov on waivers, the club announced Friday.
Both players are expected to be assigned to the AHL’s Bakersfield Condors should they clear waivers.
These waiver placements mean a few things. First and foremost, Derek Ryan will be apart of the Oilers’ opening-day roster. It also means the battle for the depth roles shrinks.
It’s now between Ryan Murray, Philp Broberg and Markus Niemelainen for the sixth and seventh spots on the Oilers’ backend. I’m not shocked to see Samorukov on waivers. It felt, to me, like he was the longest shot of them to make it.
Murray is a guy I think is the perfect number 6/7 for the Oilers, so in my eyes, it’s really between Broberg and Niemelainen for that other spot. Neither has been perfect, but I really feel like it’s going to be Broberg who is sent down. I could be wrong, but it feels to me like he needs to learn how to play with the extra weight he put on.
As I wrote in Thursday’s The Day After, I expected Janmark to be waived and sent down to the Condors. It’s easier to trust a veteran player like Derek Ryan, who knows the system well, and has familiarity with the coaching staff already.
Zach Laing is the Nation Network’s news director and senior columnist. He can be followed on Twitter at @zjlaing, or reached by email at zach@oilersnation.com.