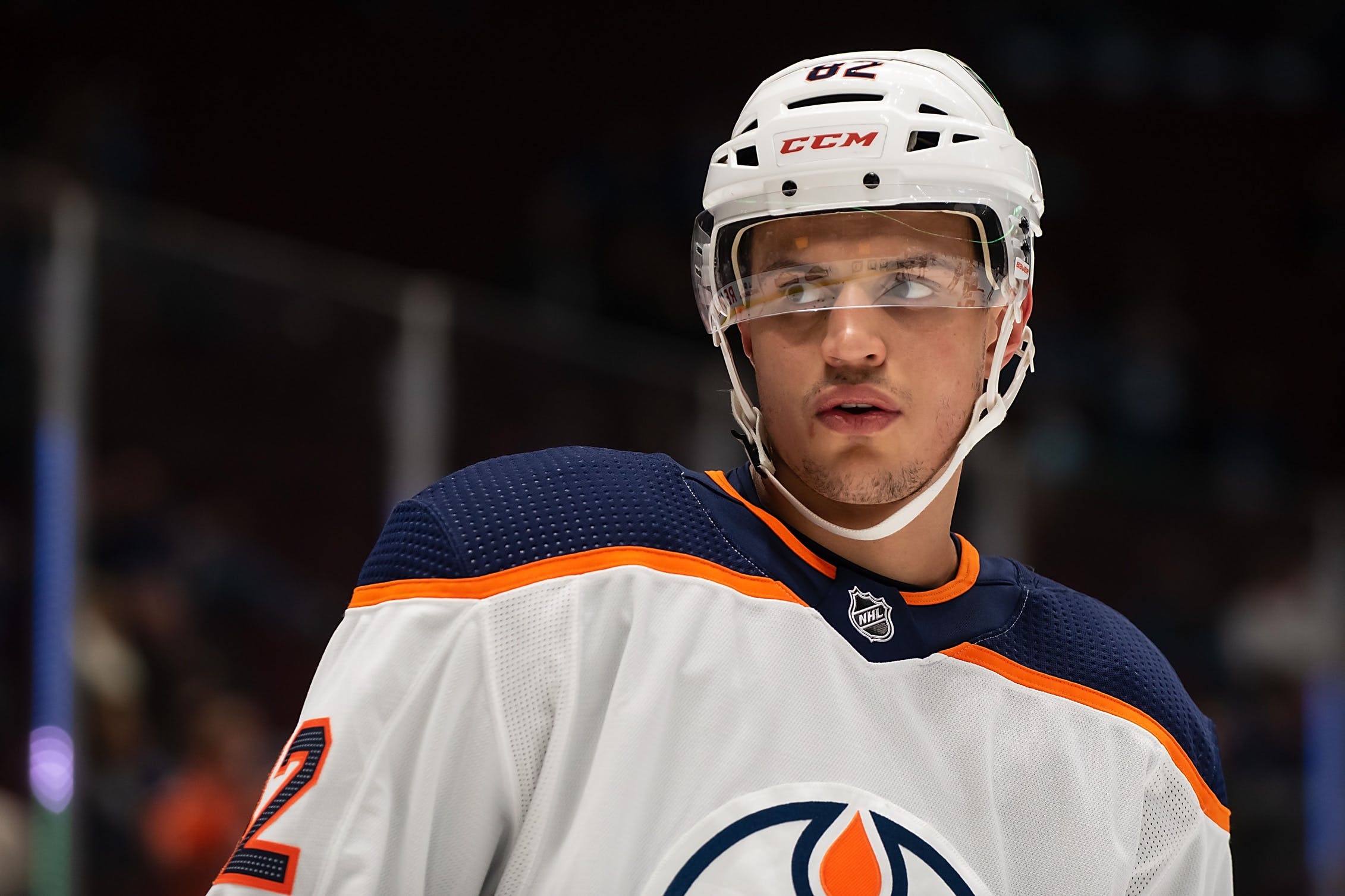 By Zach Laing
1 year ago
Welcome to the 2020-21 season review and 2021-22 season preview player-by-player! In this, and other articles, I’ll be, well, reviewing the Edmonton Oilers 2020-21 season and previewing the 2021-22 season. You can read about the analytics behind my analysis here.
Sail on, Caleb.
Drafted by the Edmonton Oilers in the fourth round of the 2015 NHL draft, it’s an achievement that Caleb Jones has even played 93 NHL games.
While playing for the U.S. national development program ahead of his draft year, Jones then went to the WHL where he played two seasons with the Portland Winterhawks. While Jones got some at-bats in during the 2018-19 season and a few more in 2019-20, last year was truly Jones’ first in the NHL.
And, well… it was far from perfect. Visually, Jones struggled at times. He had difficulty consistently moving the puck out of the zone and had his fair share of costly mistakes in front of the net — but name a perfect 24-year-old defenceman in the NHL. Even the best of the best young players will still take their lumps.
As a result, the Oilers threw in the towel on his development within the organization and included him in a controversial deal for three-time cup winner Duncan Keith.
Jones sure did have some tough moments, but he’s a player with a toolset not built for taking on the responsibility of a defenceman asked to play third-pairing minutes alongside another smaller rearguard in Ethan Bear.
When the pair played together, they got absolutely crushed on the ice largely in part due to a low on-ice shooting percentage, and little run support in net. But as much as those two played together, both of their numbers were significantly better away from each other.
The numbers are nothing short of staggering. Jones and Bear, both of whom were dealt this offseason in separate deals, have very similar skill sets as smaller, undersized defencemen who excel in breaking the puck out of the defensive zone with a pass-first mentality.
The times where Jones and Bear struggled the most were when they were together and it begs the question: why did the Oilers coaching staff continue to put them in positions to fail? It should’ve been seen earlier that this pair wasn’t meant to be a pair, but here we are.
Jones now has a chance to head to Chicago alongside his brother Seth. Realistically, I could see the two playing together and I think they would offset each other well. Another solid option could be the defensively sound Connor Murphy.
Zach Laing is the Nation Network’s news director and senior columnist. He can be followed on Twitter at @zjlaing, or reached by email at zach@oilersnation.com.
Nation Takes
News
Oilers Talk
Recent articles from Zach Laing