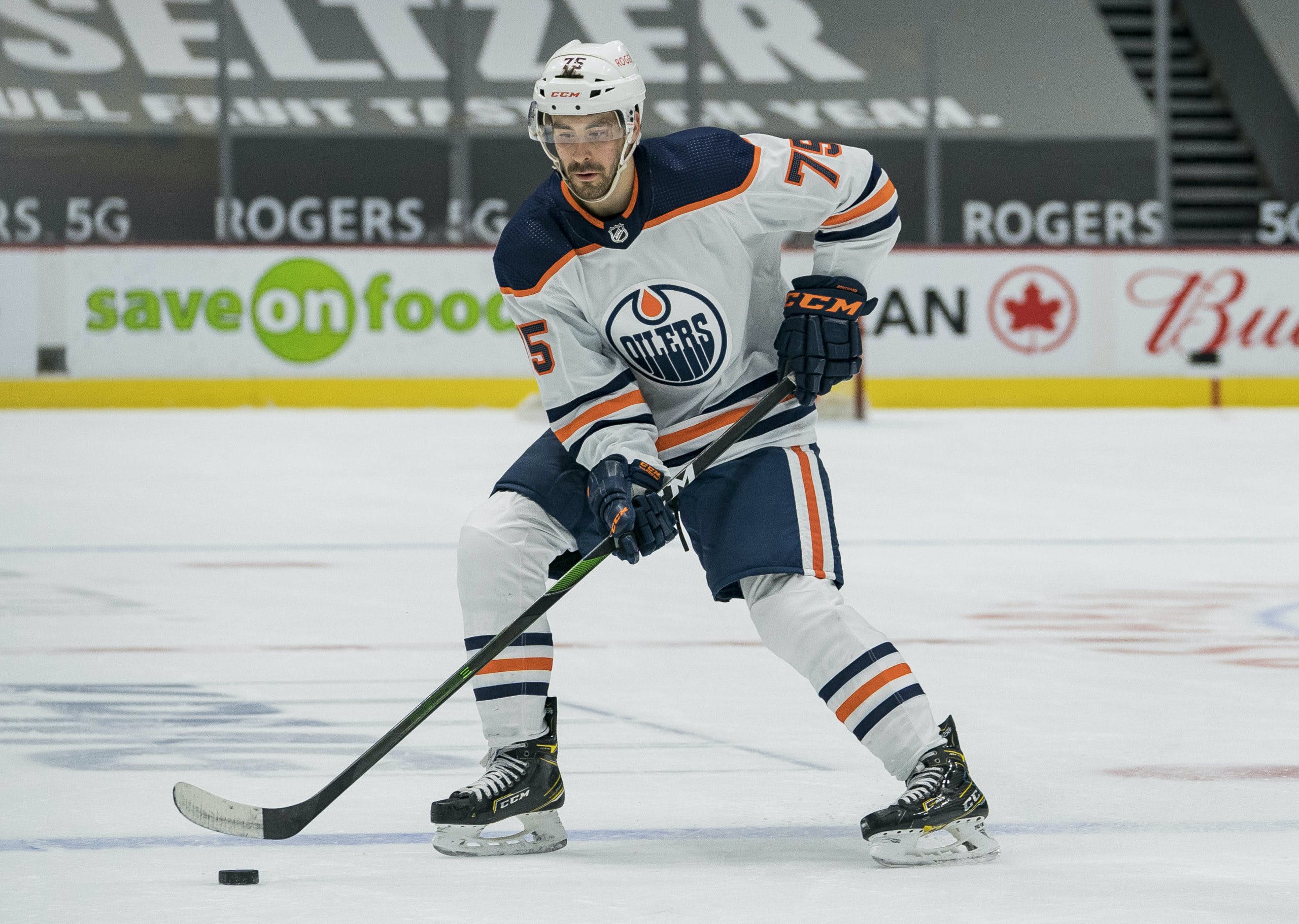 By Zach Laing
1 year ago
Welcome to the 2020-21 season review and 2021-22 season preview player-by-player! In this, and other articles, I’ll be, well, reviewing the Edmonton Oilers 2020-21 season and previewing the 2021-22 season. You can read about the analytics behind my analysis here.
Evan Bouchard is going to be a special player.
Drafted 10th overall in the 2018 draft out of the OHL’s London Knights, his first taste of junior hockey was on a team that won the 2016 Memorial Cup. From there, his junior game flourished and he’s continued to do so as he entered his pro career.
He spent the 2019-20 season in full playing for the Bakersfield Condors where he was nothing short of electric. As a rookie, he scored seven goals and 36 points in 54 games. He ran the powerplay, killed penalties, and was the team’s top defenceman at 20 years old. Impressive stuff.
Before joining the Oilers ahead of the 2020-21 season, Bouchard lit it up in the Swedish second league playing for Södertälje SK in the HockeyAllsvenskan. In 23 games, he scored six goals, 17 points and somehow an impressive 76 PIM.
After joining the Oilers, he probably played less than he would’ve liked to but when he broke into the lineup, he made his impact felt. In 14 games last year he scored two goals and five points — four of which points came at 5×5. Bouchard, however, found himself a staple of the club’s expanded taxi squad spending the majority of the year there where he practiced hard working with the coaching staff.
“I’ve been working really hard off the ice to stay in shape, so to get back in the lineup was a good feeling,” said Bouchard after a May 4th game that saw him score on the powerplay. “Everyone wants to play, but you have to take advantage of what’s given to you and that’s a lot of practice time for me.
“(The Oilers) were kinda good at keeping me in the loop as to what’s going on for me. They just really wanted to emphasize ‘treat your practice like a game because you never know when you’re going to get in.’ They’ve been good with talking with me, letting me know of the situation I’m in.”
A tough spot to be in for any player, Bouchard relished the role and it’s going to pay off for him down the road.
So what’s next? All signs point towards Bouchard being an everyday player in the Edmonton Oilers lineup next season and it wouldn’t surprise me in the least to see him be an impact player, even in a third-pairing role.
He showed signs of brilliance last year and that’s exactly what you want to see out of young players. He moves the puck very efficiently, he can walk the blue line in the offensive zone where has a very deceptive shot, and his solid defensive zone play. Don’t be surprised to see Bouchard kill penalties, either. He did so for the Condors and got a bit of time there when he saw the ice this season, too.