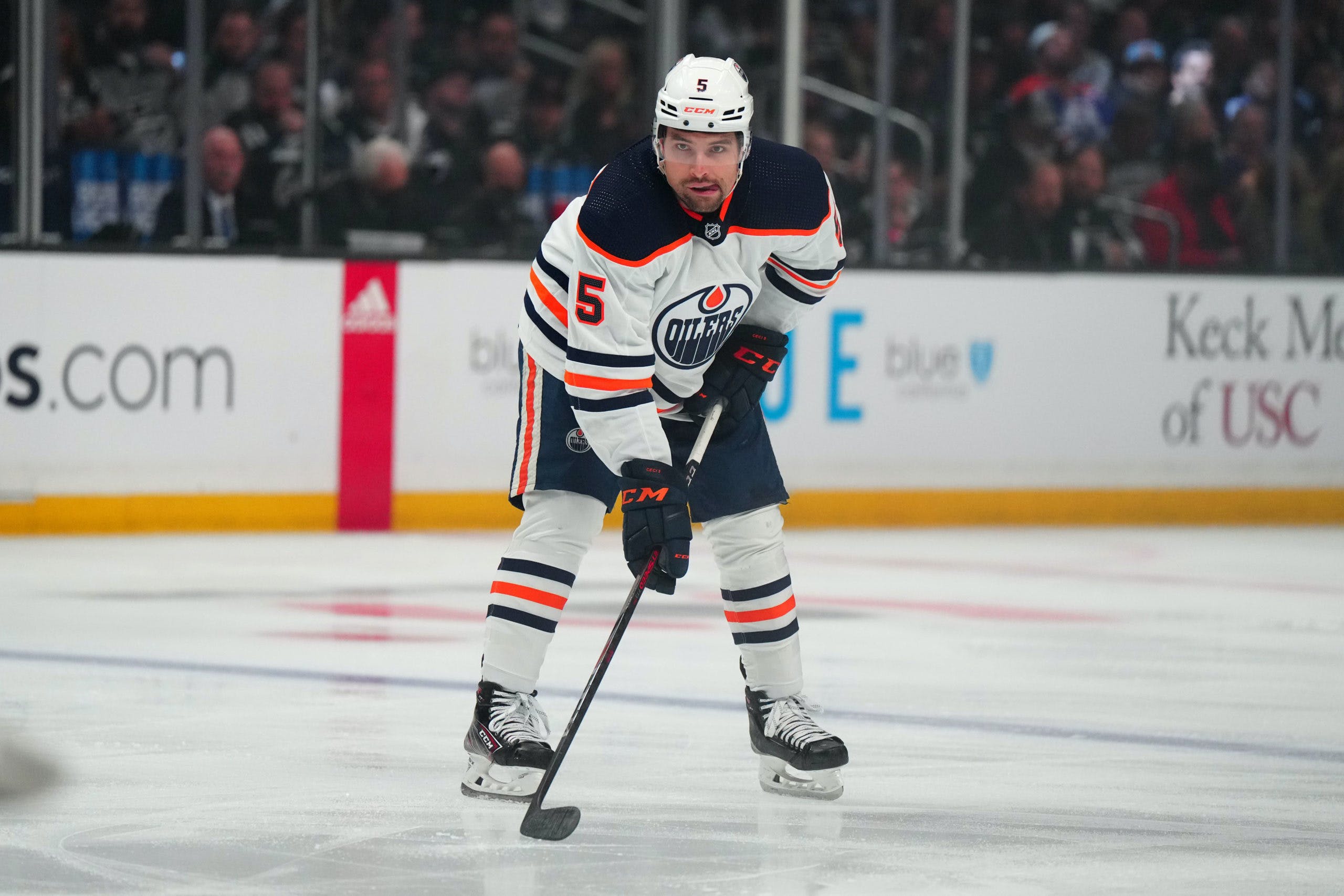 By Zach Laing
2 months ago
Welcome to the 2021-22 season review and 2022-23 season preview player-by-player! In this, and other articles, I’ll be, well, reviewing the Edmonton Oilers 2021-22 season and previewing the 2022-23 season. You can read about the analytics behind my analysis here.
Was there a more surprising player on the Oilers 2021-22 roster than Cody Ceci? I’ll wait.
Signed last offseason to a four-year deal paying him an AAV of $3.25-million, Ceci was nothing short of a revelation. I had high hopes for him entering the year after what seemed to be some stronger seasons in reduced roles.
Instead, Ceci worked his way up the lineup and formed a dangerous pairing alongside Darnell Nurse down the stretch run of the season. For a signing that appeared to have some risk involved with the term, the 28-year-old instead is looking to be a valuable player as Edmonton hunts for a Stanley Cup. 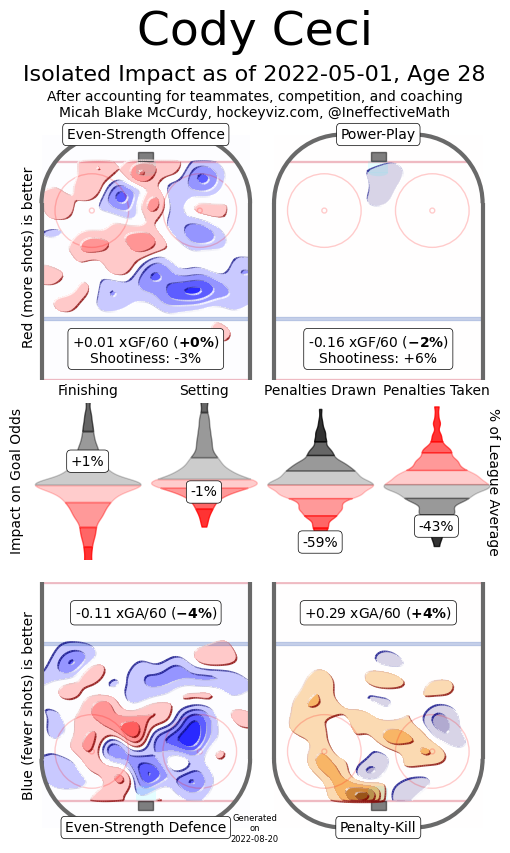 There aren’t really any numbers that jump out at you that make you say “wow.” In fact, most of him numbers are, well, perfectly average. There’s nothing wrong with that at all.
What’s important to note, however, is how much of an improvement he saw under Woodcroft. His GF% and xGF% rose from 46.03 and 49.10, respectively, under Dave Tippett, with those same numbers rising to 50.88 and 54.70 by seasons end. Most notably, his goal share with Darnell Nurse, his most common linemate down the stretch, rose from 46.2 under Tippett, to 64.2 under Woodcroft — a huge improvement.
His isolated impact charts were good, too. He contributed offence at a league average rate, and defence at a rate four percent better than league average.

Much like with virtually every other player on the team coming back, I’m excited to see what Ceci can do over a full-season playing under Woodcroft and Dave Manson. We saw strides last season in short order and now, Ceci will likely draw in on the top-pairing alongside Darnell Nurse once again.
They’ll munch minutes of the best of the best, and I have a feeling they’ll be coming out on top of those battles.
Zach Laing is the Nation Network’s news director and senior columnist. He can be followed on Twitter at @zjlaing, or reached by email at zach@oilersnation.com.
Nation Takes
News
Oilers Talk
Recent articles from Zach Laing