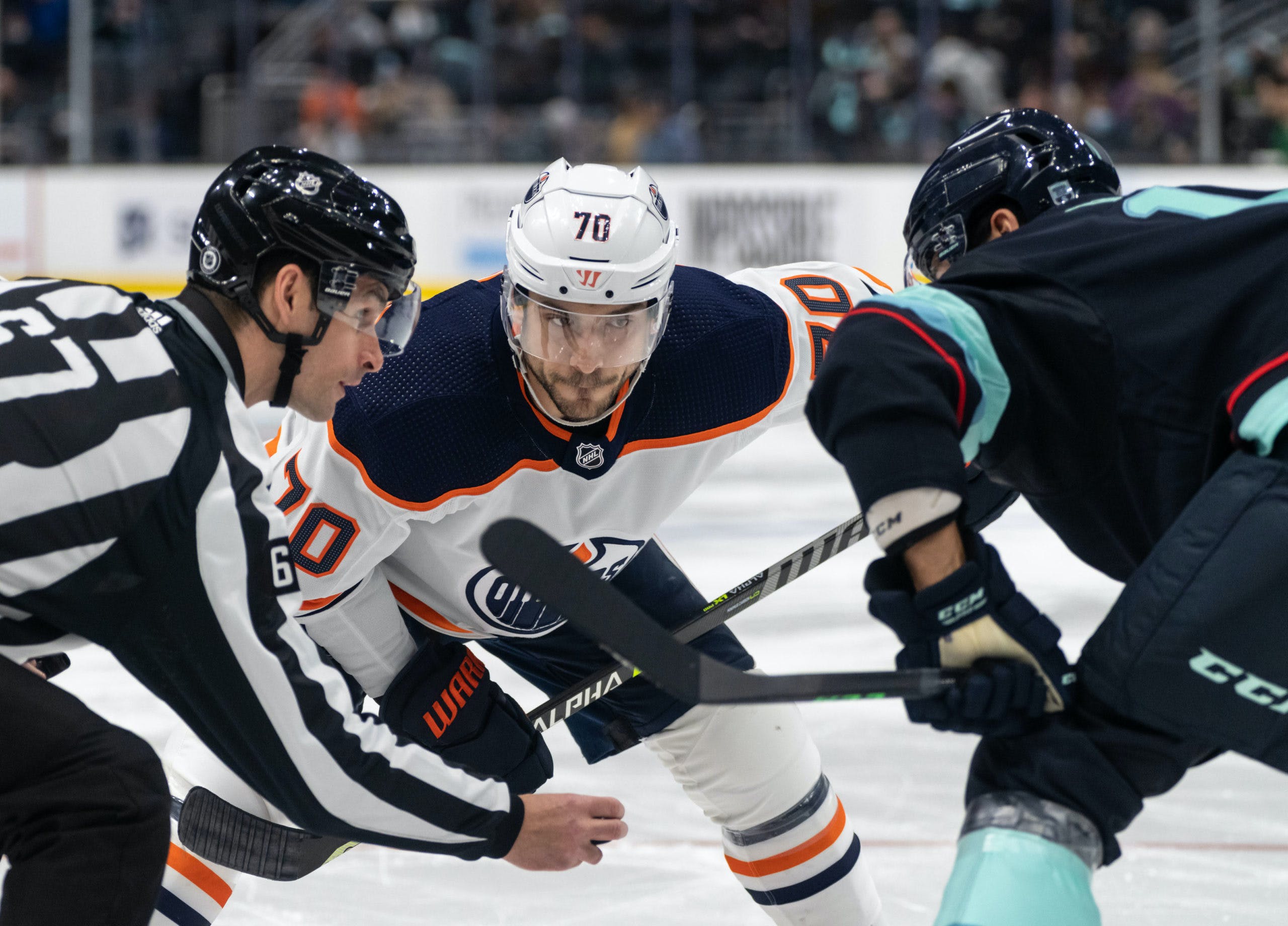 By Zach Laing
4 months ago
Welcome to the 2021-22 season review and 2022-23 season preview player-by-player! In this, and other articles, I’ll be, well, reviewing the Edmonton Oilers 2021-22 season and previewing the 2022-23 season. You can read about the analytics behind my analysis here.
Colton, we hardly knew ‘ye.
After inking a one-year, $750,000 deal with the Oilers last offseason, Sceviour ended up drawing into 35 games with the club but was eventually waived in late January. He scored just two goals and five points in that time, but he had strong on-ice impacts and truth be told, was just the kind of fourth liner the Oilers needed. Down in the American League, he drew into 22 games scoring six goals and 11 points.
Nonetheless, the Oilers have allowed him to walk into free agency, and it doesn’t appear he will be back. 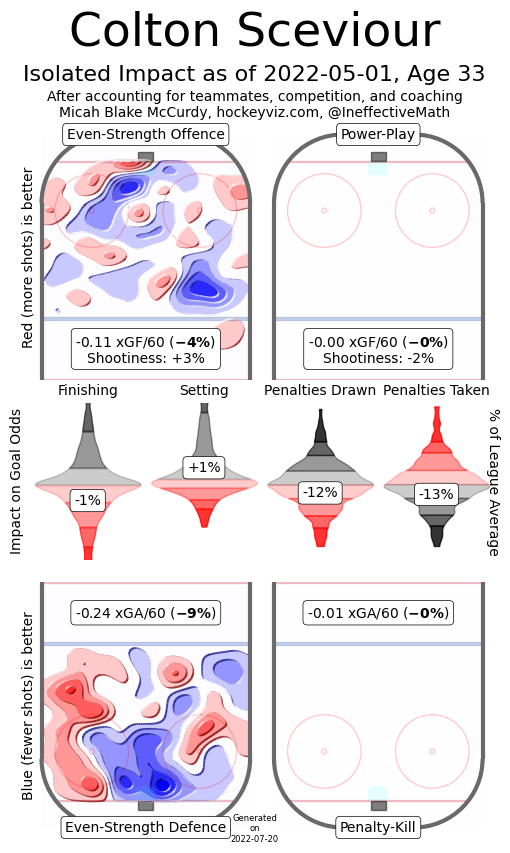 For Sceviour, his strengths lied in his ability to suppress opposing offences. His defensive shot attempt, scoring chance, and expected goal rates were all better than team average, but there was also an offensive blackhole with him on the ice and the Oilers mustered virtually nothing there this year with him on the ice.
That being said, the role of the fourth line isn’t to create offence, it’s to not get scored on, lay some hits, and try to generate some energy as the top-six rolls out next.
He generated offence at a four percent rate below league average, and defence at a nine percent rate above league average. With him on the ice, the Oilers did a tremendous job defending in front of the net.

The end of the road appears nigh for Sceviour in the Oilers organization, however, I wouldn’t be against bringing him back at all. He was a good fit with the Condors, and at best, could be a 15th forward on recall when the Oilers need to tap into their AHL roster.
Zach Laing is the Nation Network’s news director and senior columnist. He can be followed on Twitter at @zjlaing, or reached by email at zach@oilersnation.com.

NATION VACATION presented by PointsBet Canada. Come hang out with us on the 1st ever Nation Summer Vacation to Toronto! For only $1399 + tax, you’ll get everything included in the graphic and memories that will last a lifetime. Get your tickets here.
News
Team News
Recent articles from Zach Laing