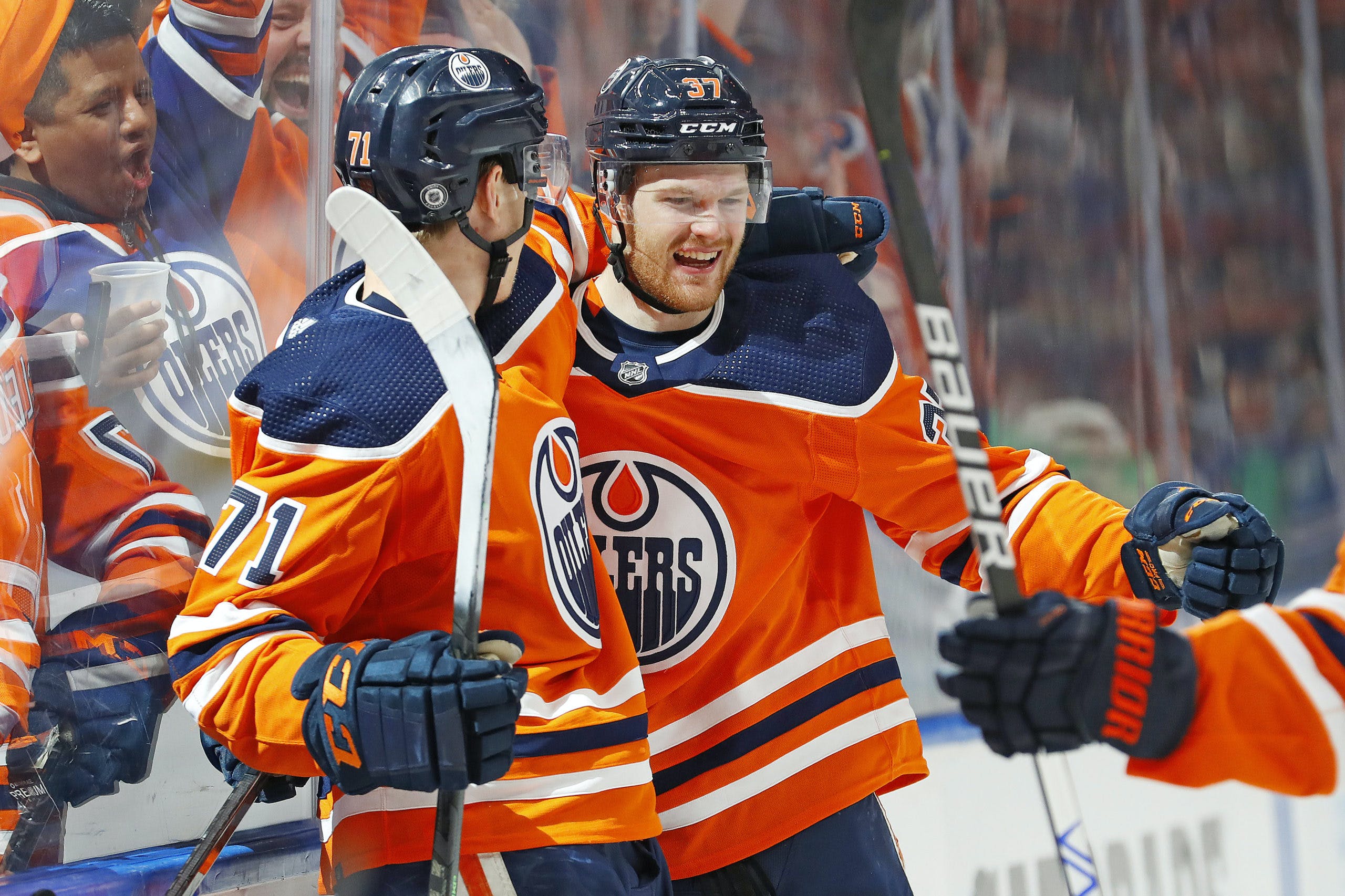 By Zach Laing
6 months ago
Welcome to the 2021-22 season review and 2022-23 season preview player-by-player! In this, and other articles, I’ll be, well, reviewing the Edmonton Oilers 2021-22 season and previewing the 2022-23 season. You can read about the analytics behind my analysis here.
Warren Foegele arrived in Edmonton under, well, not the best of circumstances. The Oilers had traded away a fan favourite in Ethan Bear for Foegele straight up, then signed their newcomer to a three-year deal with a $2.7.5-million AAV price tag.
While many may scoff at Foegele, I was a fan of his game this year. He uses his 6’2, 198 lb. frame well, and didn’t shy away from contact one bit laying 7.79 hits per 60 minutes at 5×5.
He chipped in some good depth scoring for the Oilers this year, all the while posting some encouraging underlying numbers. In 82 games, he scored 12 goals and 26 points, both not far off of career highs in goals (13) and points (30).
Notably, Foegele played in every regular-season game for the Oilers this year despite his average time on ice dipping a minute below his previous career average.

Foegele’s underlying numbers were fairly average across the board. He drove play in controlling the shot attempt share posting stronger than average defensive numbers, an encouraging sign, but was unable to control the goal share. This is in part due to two reasons: a career-low 5×5 individual shooting percentage, and a PDO 2.2 points below league average. Puck luck was a real struggle for Foegele this year.
What was encouraging was that he still remained above average in terms of his expected goal share and scoring chances rates.
Looking at his isolated impact charts, Foegele had a stronger footprint in the offensive zone than defensive zone. He provided offence at a five percent rate better than league average and defence at a league-average rate. There’s lots to like in that from a depth player.

The future is murky for Foegele in Edmonton largely due to a cap crunch this team finds them under. While close to Connor McDavid, Warren Foegele is a guy who the Oilers might look to trade to provide some salary relief.
I don’t know how much they’d be able to get for him in a deal, and truth be told, I think Foegele is better served in Edmonton playing a third-line role with Ryan McLeod next year. With that duo on the ice at 5×5, the Oilers controlled 59.6 percent of the shot attempts, 52.94 percent of the goals (9 for, 8 against) and 57.79 percent of the expected goal share.
That’s a duo you want in your bottom-six, especially for a team like the Oilers who have struggled to find value in those positions.
Zach Laing is the Nation Network’s news director and senior columnist. He can be followed on Twitter at @zjlaing, or reached by email at zach@oilersnation.com.