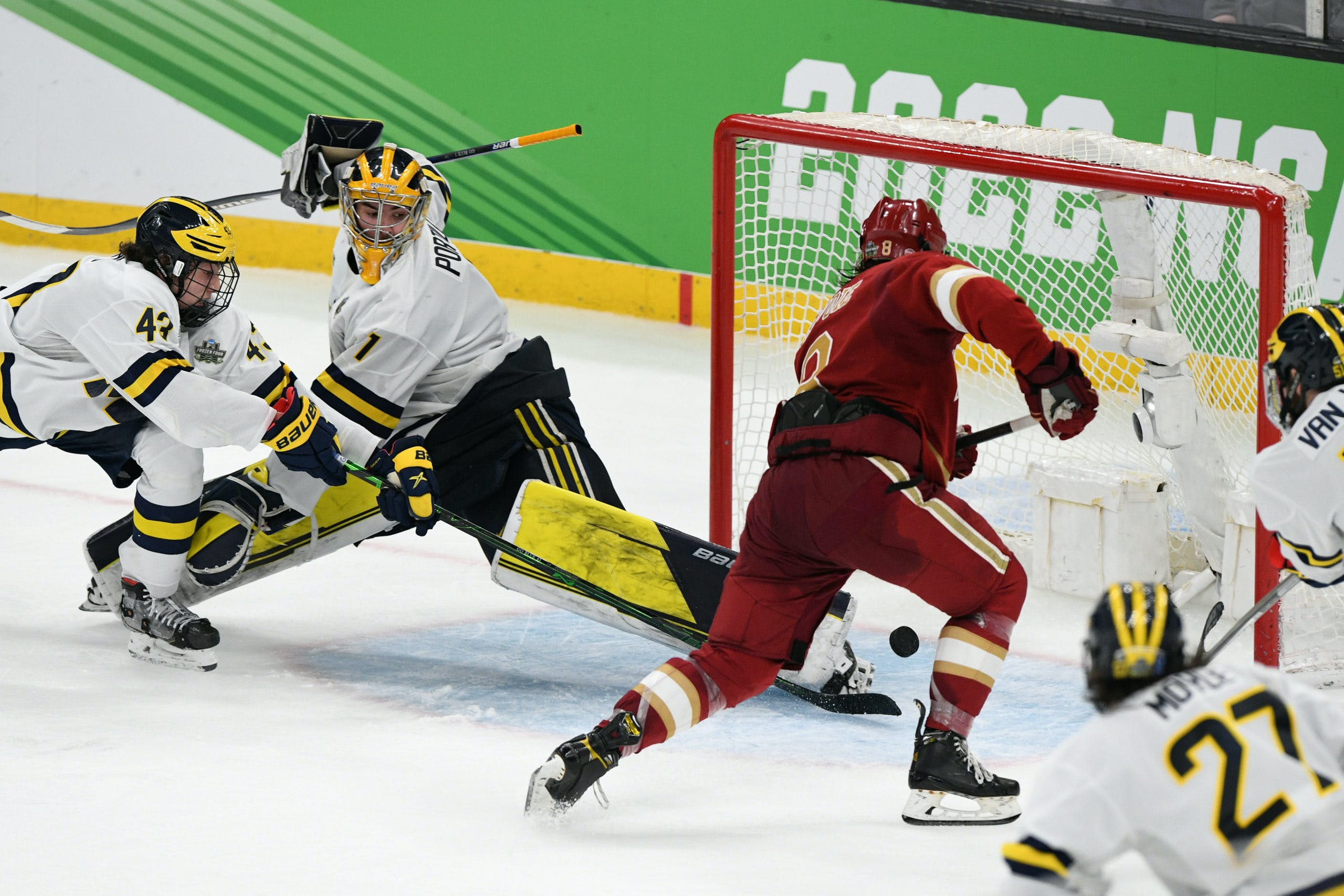 By Zach Laing
9 months ago
Carter Savoie can’t stop scoring goals.
On Thursday night, he scored what might be the biggest of his career as he sent the NCAA’s Denver Pioneers to the Frozen Four championship.
With the game tied at 2 and 5:07 into overtime, teammate Bobby Brink threw a puck out from the corner in front of the Wolverines’ net. Savoie came down from the top of the faceoff circle, fired a shot on net and was able to score while grabbing his own rebound.
The Pioneers were taking on a stacked Michigan Wolverines team that featured NHL first-round draft picks Matty Beniers, Kent Johnson, Brendan Brisson and Owen Power.
“Words can’t really describe it… it’s a great feeling,” Savoie told ESPN after the game.
Savoie and his Pioneers will head to the championship now taking on Minnesota State. For the Pioneers, it marks a record 9th time they’ve played for the title.
This year has been another solid one for Savoie. He earned All-NCHC honours this season. This year alone, his second in the NCAA, he’s scored 22 goals and 44 points in 37 games. His freshman year saw him score 13 goals and 20 points in 24 games.
Zach Laing is the Nation Network’s news director and senior columnist. He can be followed on Twitter at @zjlaing, or reached by email at zach@oilersnation.com.
Nation Takes
News
Oilers Talk
Recent articles from Zach Laing