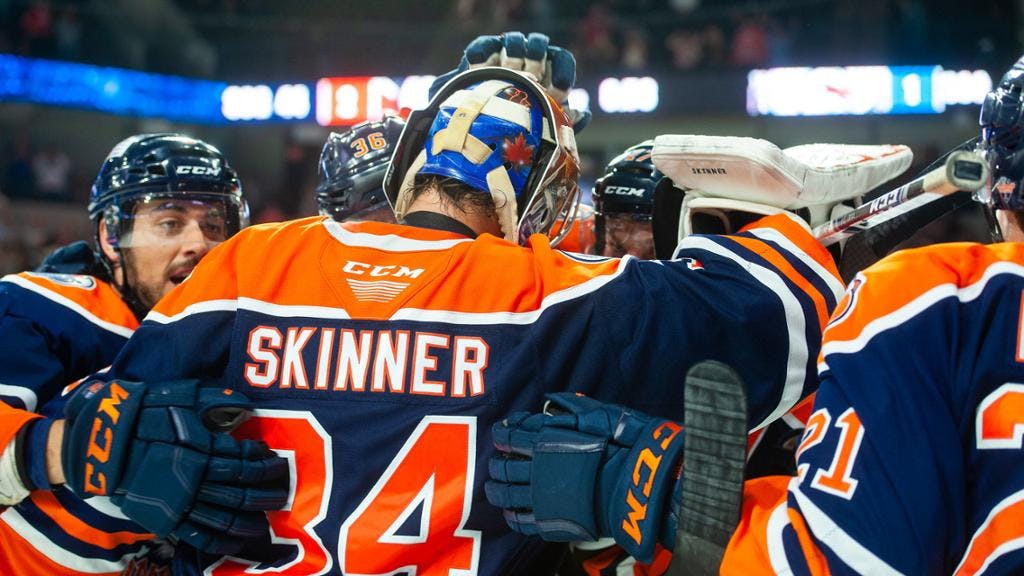 By Liam Horrobin
10 months ago
Yesterday, the junior hockey world was hit with the cancellation of the World Juniors. That sucked. All the work that the players and the organizers had put in came to a crashing halt. Like it or not, for tournaments like the World Juniors, there needs to be a better plan in place if COVID strikes.
Let’sLet’s hope that Hockey Canada and the IIHF can figure it out, along with all the other tournaments they cancelled so that we can see all that talent on display at some point in 2022.
As for the Oilers prospect, the NCAA is still on its winter break, which means nothing to report from Carter Savoie and co. Most teams are back in action, including the Bakersfield Condors, which is where we will head first.

Stuart Skinner exceeded everyone’s expectations during his time in Edmonton. With the Oilers, Skinner played in ten games and had a record of 4-5-0. He had a 2.70 GAA and a 0.916 SV% and left Edmonton, giving fans hope that the future between the pipes was bright. Now back in Bakersfield, Skinner helped them beat the Ontario Reign last night 4-3 in overtime. He turned aside 24 of 27 shots in his first game for the Condors since October 17th versus San Jose.
Cooper Marody scored his seventh of the season, which leads to the question of when the Oilers are going to give him a run in the NHL. At this point, it seems like never, but he does have 54 goals in 149 games, so he’s more than deserving.
Raphael Lavoie also scored to take his tally to three on the season.

Petrov continues to be Petrov

I am here to tell you once again that Matvey Petrov is playing very good hockey this season. Petrov and North Bay only played in one game this past week against the Mississauga Steelheads last night. He finished with two assists in a 5-4 loss for the Battalion. Petrov is now up to 51 points this season. Only Lucas Edmonds (Kingston) and his teammate Brandon Coe are ahead of him in the scoring race.

Munzenberger at the World Juniors

Luca Munzenberger had a strong World Juniors with Germany. He played in more of an offensive role, grabbing a goal and an assist in their two games. It’sIt’s a real shame what happened at the tournament this year, but the positive thing is that we got to see what Munzenberger can do. From those showings, it’s looking as if the Oilers have found themselves a really good defenceman for the future.
The other Oilers prospect at the World Juniors was Xavier Bourgault. Unfortunately, he only played in the pre-tournament game against Russia and on Boxing Day versus Czechia after suffering an upper-body injury.
News
Team News
Recent articles from Liam Horrobin