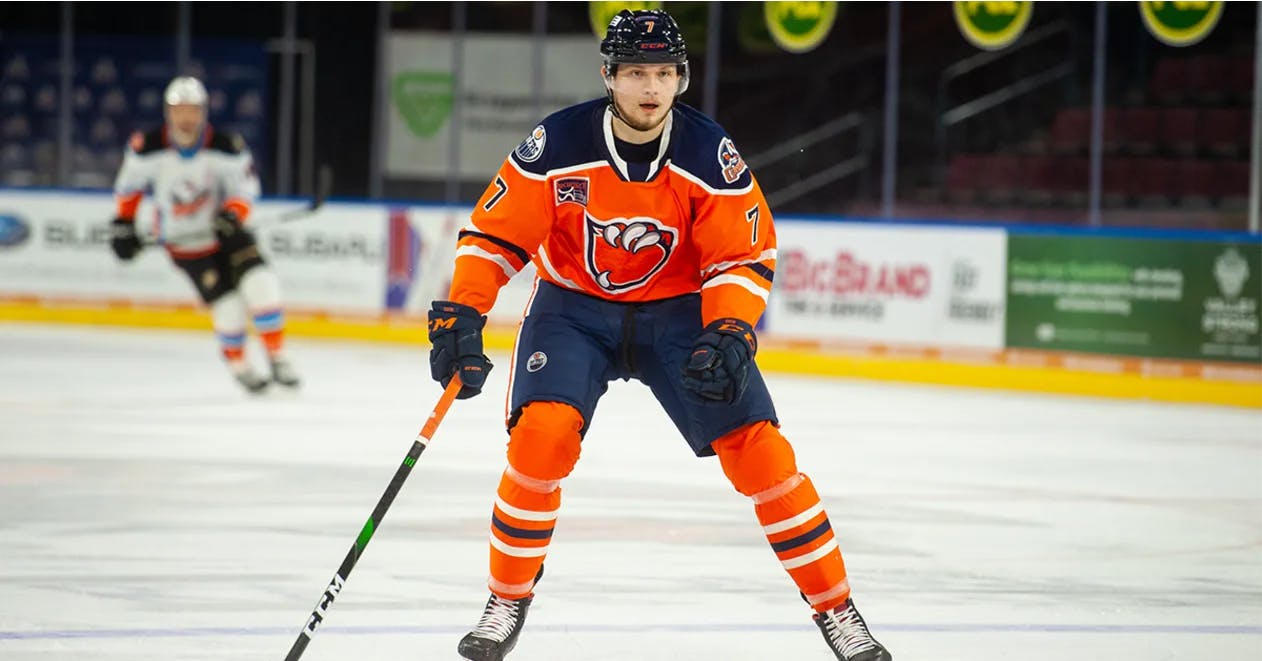 By Zach Laing
8 months ago
A pair of Edmonton Oilers prospects have signed overseas.
2017 fourth-round pick Ostap Safin has inked a deal with the HC Sparta Praha in the Czechia league, while 2016 third-round pick Filip Berglund has signed with Örebro HK in the SHL.
Safin has been in North America since 2017-18 when he left Sparta Praha to join the QMJHL’s Saint John Sea Dogs. He went pro in 2019-20 joining the ECHL’s Wichita Thunder. Over the next few years, he would split time between the ECHL club and the AHL’s Bakersfield Condors.
In 58 AHL games, the now 23-year-old he scored seven goals and 12 points, while in the ECHL, he scored 16 goals and 36 points in 62 games.
Berglund, meanwhile, came to North America ahead of this season and appeared in 53 games with the Condors notching six assists, 40 PIM and a +3 rating. His new deal carries through the 2023-24 season.
Both players leaving the Oilers organization is much of a loss. Neither of them had any real shot at making the Oilers roster in the future and truth be told, they’re not major losses in any sense of the term from an organizational depth perspective.
Zach Laing is the Nation Network’s news director and senior columnist. He can be followed on Twitter at @zjlaing, or reached by email at zach@oilersnation.com.
Nation Takes
News
Oilers Talk
Recent articles from Zach Laing