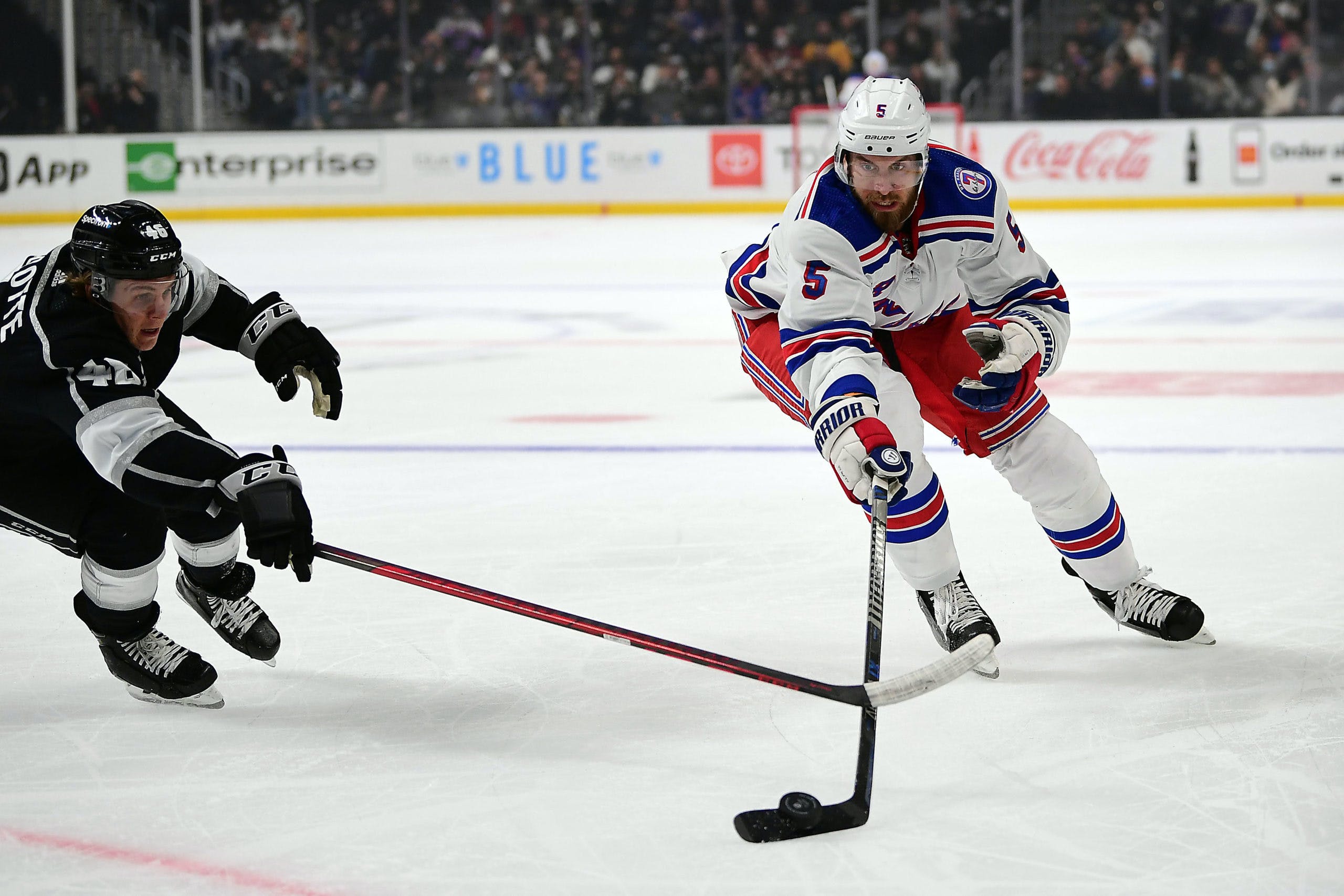 By Zach Laing
8 months ago
It’s no surprise the Edmonton Oilers are actively trying to make their team better.
Multiple reports have surfaced that the Oilers aren’t only looking for help in net, but on the backend, too.
One player I’m told the Edmonton Oilers are looking at could be defenceman Jarred Tinordi. Oilers pro scout Paul Messier, and his son Tyler, have been seen around rinks in the eastern United States and have had multiple viewings of Tinordi, I’m told.
The viewings coincide with Tinordi’s assignment to the American Hockey League’s Hartford Wolf Pack.
Now 30, Tinordi was drafted 22nd overall by the Montreal Canadiens in 2010, but struggled to live up to expectations. He’s spent his pro career up and down between the NHL and AHL with the Habs, the Arizona Coyotes, Nashville Predators, Boston Bruins and most recently, the Rangers.
Over the last two seasons, however, Tinordi has appeared in just 36 pro games — 28 in the NHL and eight in the American league. This season, he’s split time once again between the two leagues scoring on goal in seven NHL games, and one assist in eight AHL games.
It’s hard to imagine exactly what Tinordi would bring to the mix the Oilers don’t already have. He stands at 6’6, 229 lbs. and skating and puck play are far from his strong suit. He is, however, a physical defenceman with 49 regular season and post-season fights at the pro level.
Tinordi was waived by the Rangers on Jan. 23 before being placed on the taxi squad. He was assigned to the AHL on Feb. 9 and has appeared in three AHL games since.