Let Connor Do It 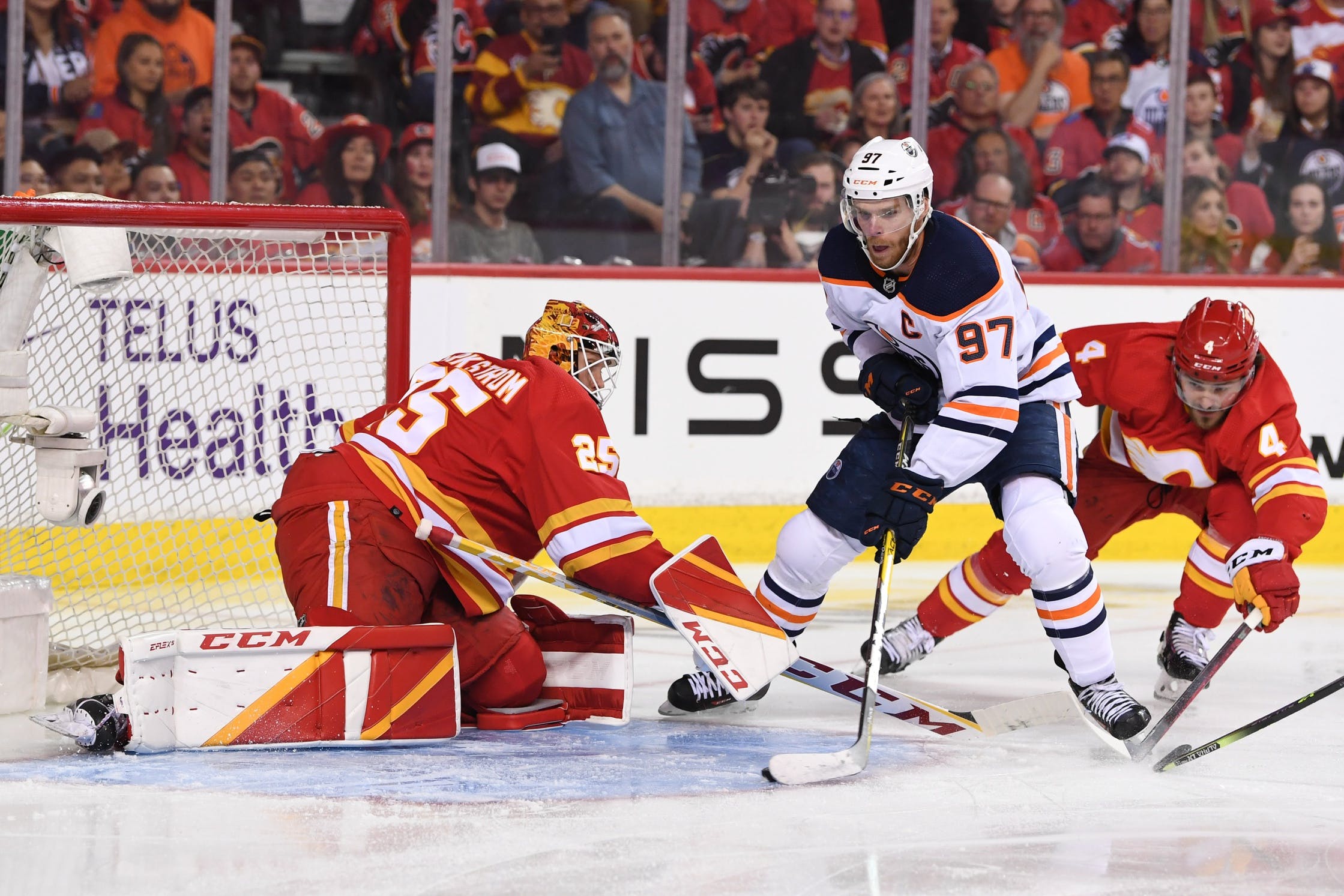 By Robin Brownlee
6 months ago
It took 31 years for the Edmonton Oilers and Calgary Flames to resume the playoff version of the Battle of Alberta Wednesday and it turned out most of the Oilers in Jay Woodcroft’s line-up couldn’t even be bothered to show up for the start of it.
What we got last night was plenty of Connor McDavid but not nearly enough of everybody else as the Flames jumped out to a 3-0 lead in the first six minutes, coughed up a 6-2 margin and then won it 9-6 going away to take a 1-0 series lead. McDavid’s four-point night on a goal and three assists and his team-leading 25:33 in ice time and five hits wasn’t enough.
I get it that this BOA stuff we old farts go on and on about is largely lost — beyond YouTube clips and the like — when most of the players in Woodcroft’s line-up weren’t even born the last time these teams met in the post-season. Fine, but this is still the second round of playoffs. That should be enough of a reason for a team that’s had as little success as the Oilers have in recent years to be ready to roll, no?
Not the case last night. Outside of McDavid, who dragged this team past Los Angeles and into the second round, a hobbled @Leon Draisaitl and @Zach Hyman, there weren’t enough hands-on deck against the Flames. Save for a dead-cat bounce here and there by the Oilers, the Flames were the better team at almost every turn. Bad start. Bad finish. Mediocre in between. 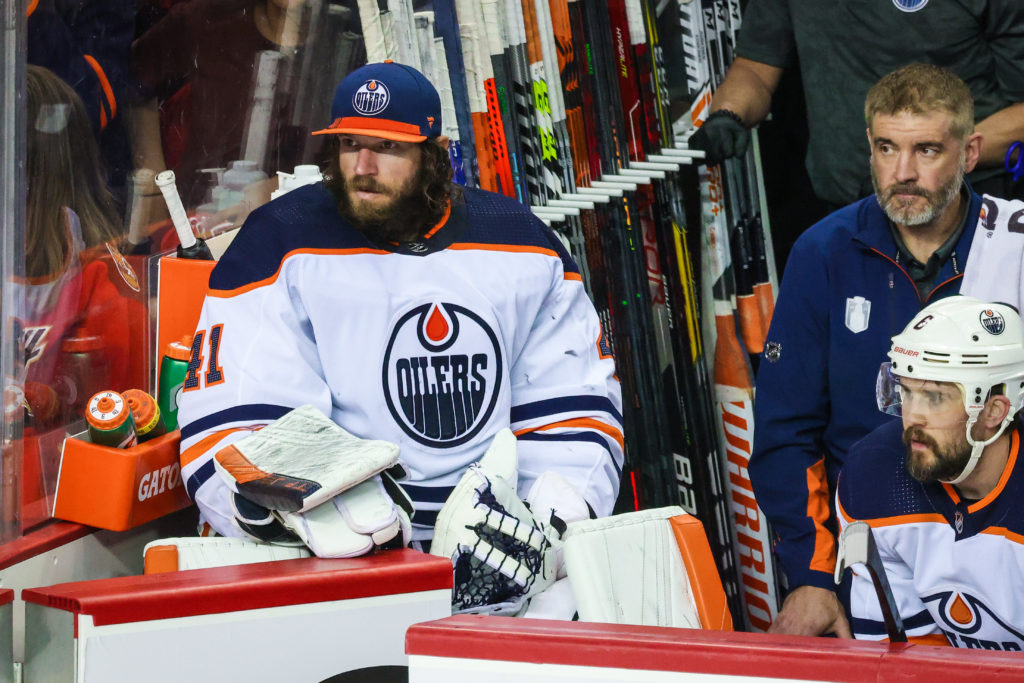 May 18, 2022; Calgary, Alberta, CAN; Edmonton Oilers goaltender Mike Smith (41) on his bench as he was replaced by goaltender Mikko Koskinen (19) during the first period against the Calgary Flames in game one of the second round of the 2022 Stanley Cup Playoffs at Scotiabank Saddledome.
As it stands going into Game 2 in Calgary Friday, there’s no need for Woodcroft and his staff to get carried away even if a chunk of the fanbase already has. From @Mike Smith allowing two goals in the first 51 seconds onward, it was a mess. That said, even the best teams have these kinds of games. With the way the Oilers have performed for Woodcroft to this point, I just didn’t expect it in the series opener. Too many guys were luggage.
“To a man, not one of us was anywhere near we needed to be when we started the game,” Woodcroft said. “You don’t draw it up giving up two goals on missed assignments on the first two shifts. We gave up a goal at the start of the second period as well. We fought back and made it a game, but we can’t feel good about that in anyway, because you scored six goals in a game and found a way to not win it. There’s a lot of things for us to clean up and we’ll go through the tape and give our team some.
“I think there was a physical attachment to the game early. I think if you look at the game sheet, Connor led our team in hits tonight. It’s a good thing for him because he’s playing hard, but we can have more physical attachment to the game. To me, that’s not even the finished check or the scrum, it’s the 50-50 battle, it’s body position net front, how hard you are around your blue paint, how hard you are in front of the blue paint. We weren’t good enough to man, all of us.”
As bad as Smith was to start the game, Woodcroft will give him the net in Game 2. There’s been a lot more good than bad with Smith down the stretch and through the first series and Woodcroft isn’t prone to panic. The Oilers will have to get a handle on @Matthew Tkachuk who runs his mouth and has the game to back it up. He had a hat-trick last night and ripped @Evander Kane with a quality chirp that was a throwback to the bygone BOA era. Like Woodcroft said, there’s plenty of room for improvement.

I expect both teams to be better in Game 2. That starts from the crease out with Smith and Vezina Trophy finalist Jacob Markstrom, who gave up six goals on 28 shots. From the Oilers end of the deal, we know McDavid will be ready to go and I expect he’ll have a lot more help than he did last night. I’d bet the house on it. Start by being on time, gentlemen, and take it from there.