Advertisement
Ad
GDB +8.0 Wrap Up: Oilers not near good enough in Game 1, fall 9-6 to Flames in 80s throwback 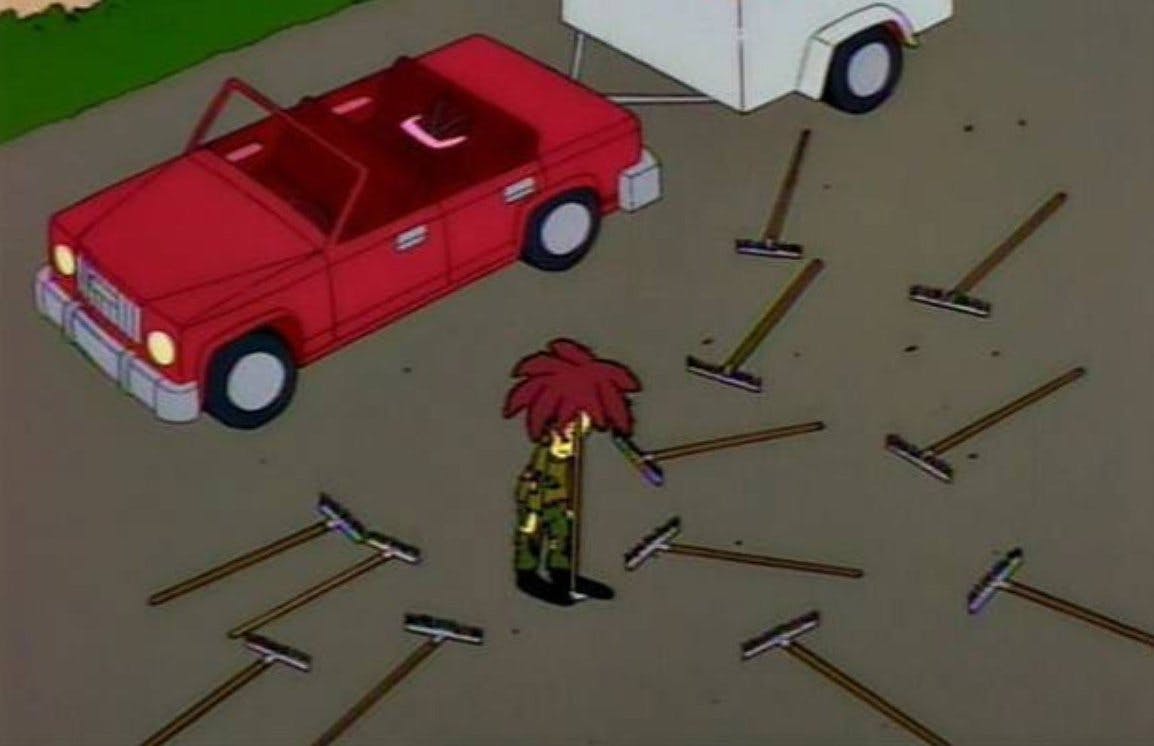 By baggedmilk
6 months ago
Comments
I know it’s been over 30 years since the last playoff BOA but I didn’t expect them to throw it back like this. Final Score: 9-6 Flames.
Advertisement
Ad
Advertisement
Ad
Did anyone else have a hard time focusing on anything other than the Battle of Alberta today? I mean, if you could estimate how many man-hours of productivity were lost in our province today, what would that number even look like? Regardless of what did or did not get done at workplaces across Alberta, we absolutely knew where the focus was once the puck dropped. And from an Oilers perspective, the most important thing they could do for themselves was to set the tone with a quick start and plenty of shots on net. As much as Markstrom was solid for the Flames against Dallas, they hardly shot at him nor did they get much traffic in his kitchen and that’s something the Oilers needed to have as a top priority in their game plan. Unfortunately, what we got was the complete opposite of that as the Oilers found themselves down by a field goal before the game was even 10 minutes old. As far as bad starts go, this one was an all-timer. Thankfully, @Connor McDavid was able to get one back near the midway point, but I don’t think there’s anyone who cheers for our side of this battle who felt very good about the way things went in that period.
Advertisement
Ad
Advertisement
Ad
Heading into the second period, I don’t think there was much that the Oilers didn’t have to improve on if they had any hopes of getting themselves back into this hockey game. From being smarter with the puck to getting more shots on net to finding life on the power play, the list of opportunities was endless, and if a comeback was to be had then the Oilers needed to check some items off. I mean, we’ve seen this team score two goals in a hurry before so a comeback wasn’t impossible but they obviously were going to need a much better effort. So when the Flames restored their three-goal lead in the opening minute of the frame, you had to wonder if the Oilers were ever going to be able to settle down. Unlike the confident crew that we saw in games six and seven against the Kings, Edmonton was barely able to string multiple shifts together let alone claw their way back into the game. Yeah, we can absolutely be critical of the goaltending and special teams, but I can’t be the only one that wondered how the hell we were supposed to get close when the boys had only eight shots at the midway point of the game. If I’m being honest, when the score got to 5-1 and eventually 6-2, I had already started looking ahead to Friday night and the last thing I would have expected was the Oilers to rattle off three straight goals and pull themselves to within one.
Advertisement
Ad
Advertisement
Ad
Down by a single goal with 20 minutes to play, the Oilers needed to bring more of the energy and urgency they had to wrap up the period than the sloppiness and puck watching that plagued them early in periods one and two. So when the Oilers managed to tie the game in the opening 90 seconds, I actually started to believe that they were going to pull this thing off. Despite the odds, I thought we were in store for one of the greatest and funniest comebacks ever. Instead, we got yet another dose of the Oilers coughing the puck up in their own zone without being able to get the key saves needed to cover up the mistakes. As much as the comeback attempt was fun, the reality is that this game was about as sloppy as it gets for the Oilers and it was that laundry list of errors that was a major contributor to this loss. With lack of execution combined with the inability to get a save when we needed it, the Oilers ultimately got the result they deserved and were incredibly lucky to have this finish as closely as it did. At the end of the day, you can’t give up eight even-strength goals and expect to win, and that’s exactly what happened here in Game 1. Needless to say, Edmonton has a lot to clean up ahead of Friday’s rematch and I’ll be expecting a much better effort from the crease on out.
The wrap.

That opening montage for the Battle of Alberta was awesome! pic.twitter.com/wFGpk2ZJBB

Donair in one hand, machete in the other

That was the second best part of the period 😔