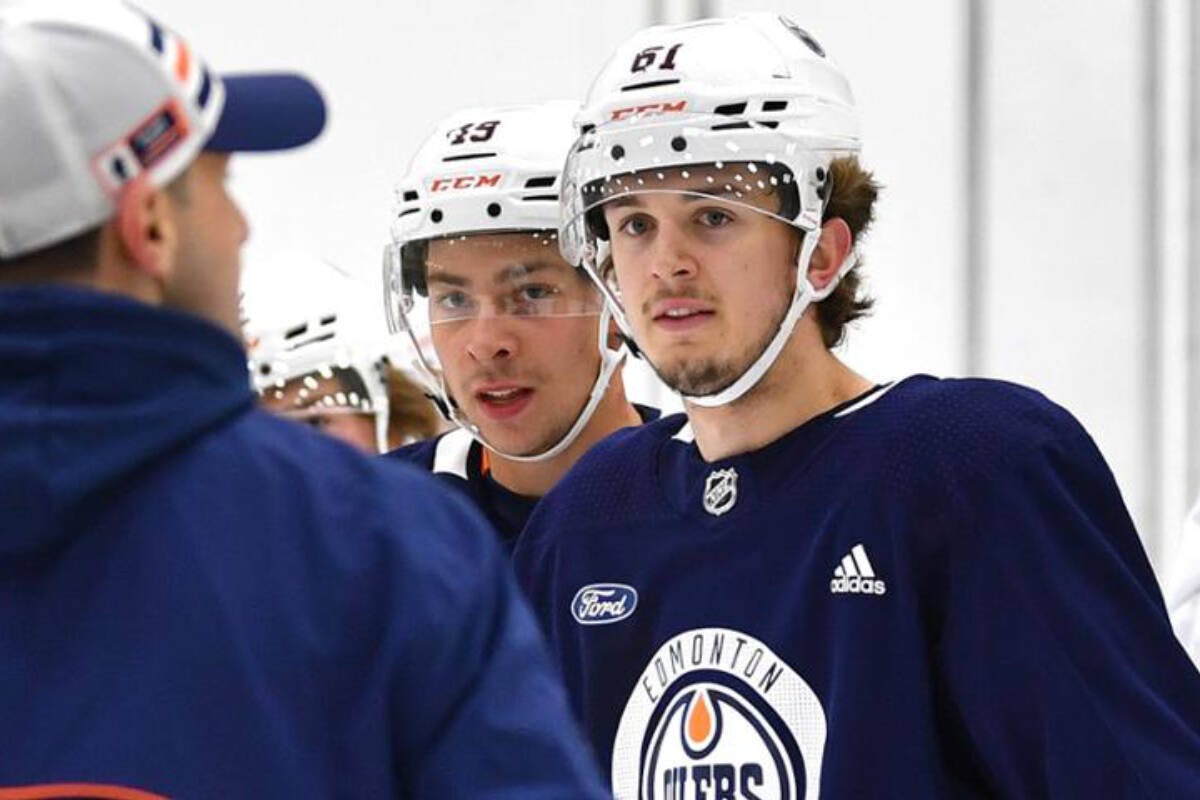 By Cam Lewis
1 month ago
The Edmonton Oilers have made their first cut of this year’s training camp.
Jake Chiasson has been returned to the Brandon Wheat Kings of the WHL, the team announced on Monday morning.
Chiasson was the Oilers’ fourth-round pick from the 2021 NHL Draft, selected at No. 116 overall. We had him ranked as the organization’s No. 14 prospect in this summer’s countdown.
This is an important season for Chiasson. After scoring 15 points in 60 games as a rookie in the WHL in 2019-20, his pre- and post-draft seasons were derailed due to the pandemic and injury. All told, Chiasson only played in 43 regular-season and six playoff games between 2020-21 and 2021-22.
Last year, Chiasson suffered a freak injury at Edmonton’s rookie camp as he got tied up with another player and took an awkward tumble into the boards. Chiasson wound up having to get shoulder surgery and he missed six months of play. He scored 18 points in 20 games when he returned and then added three points in six playoff games.
The hope for Chiasson this year is that he can have a healthy and productive season for the Wheat Kings. This season will be Chiasson’s last go-around at the WHL level and then he’ll be eligible to turn pro.
The Wheat Kings lost their season-opener by a score of 4-3 in overtime against the Winnipeg Ice on Saturday. The team’s next game is scheduled for Saturday, October 1 against the Moose Jaw Warriors.