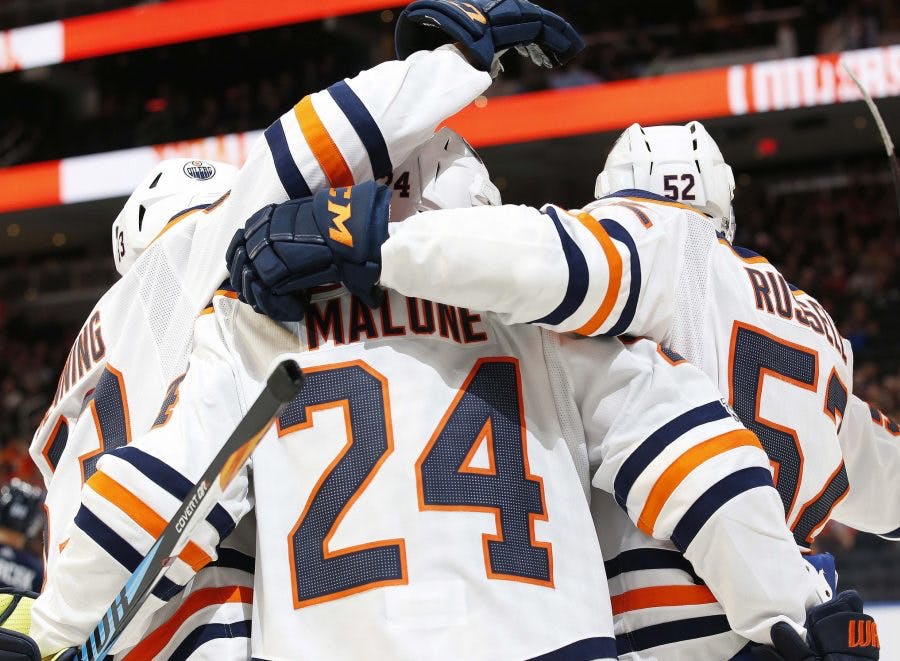 By baggedmilk
9 months ago
It’s been an eventful day for the Edmonton Oilers, and it just got a little bit busier as the team announced via their social media channels that they have signed Brad Malone to a one-year, two-way contract while also putting him on waivers for the purpose of assignment to the Bakersfield Condors.
In addition to making a coaching change, Ken Holland got some more housekeeping done today, as the team announced that they’ve inked Brad Malone to a one-year, two-way contract. To this point in the season, Malone has spent the entire campaign in the AHL with the Condors, but that could potentially change now that his head coach on the farm over the last four+ years has been called up to the NHL level. Seeing as this is a player that Jay Woodcroft knows very well at this stage, I wonder what the remainder of the season will look like for Malone as a result of this organizational shakeup. That said, the last time Malone appeared with the Oilers was back in 2018-19 when he got into 16 games but produced no points.
In total, Malone has spent five seasons with the Oilers organization as an NHL/AHL tweener, and he’s been very solid in the role of providing veteran leadership to a stable of young players that are just starting to get their feet wet at the professional level. Through 26 games with the Condors in 2021-22, Malone scored seven goals and 19 assists in Bakersfield and it will be very interesting to see how or if his year will be different now that Woodcroft is taking over behind the bench. As of this writing, however, Malone has been placed on waivers for the purpose of assignment to the Bakersfield Condors.
Malone, 32, has been a mainstay with the Condors over these last five seasons and has registered 51 goals and 85 assists in 200 regular-season games played with the Oilers’ farm team. According to unconfirmed reports circulating on Twitter, Malone’s new deal will pay him an NHL salary of $750K, though, as I mentioned, I have yet to see any concrete details in that respect. Either way, I’ll be sure to jump back into the article and make the updates as news becomes available.