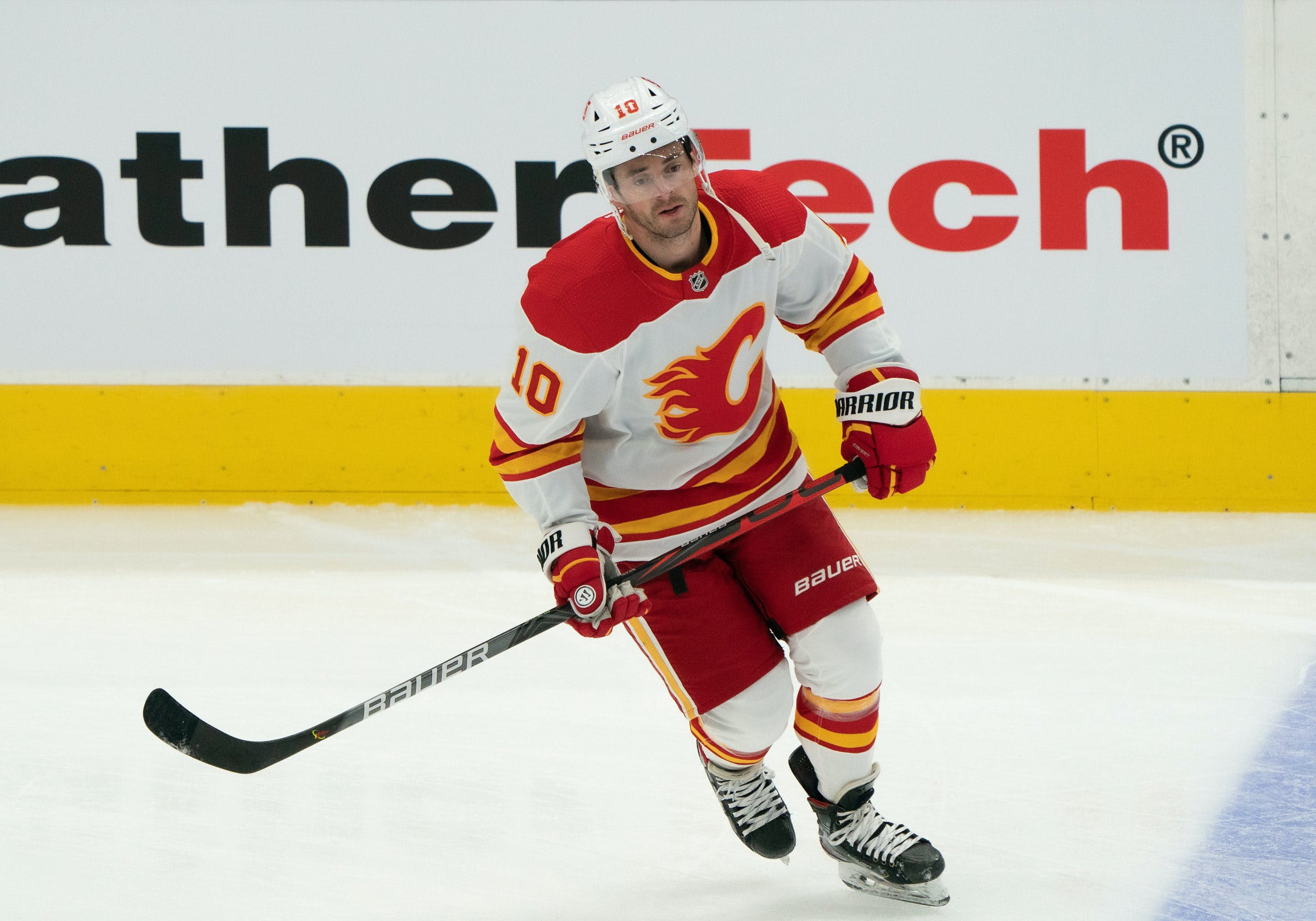 By Zach Laing
1 year ago
The Edmonton Oilers have signed centre Derek Ryan to a two-year year contract with a $1.25 million AAV.
The deal, first reported by Daily Faceoff and The Nation Network’s Frank Seravalli, will pay him an AAV of $1.25 million.
Ryan, 34, has spent the last three years playing three hours south of Edmonton with the Calgary Flames, and played for the University of Alberta Golden Bears after finishing his WHL career.
A veteran of six NHL seasons, Ryan has appeared in 345 games with the Flames and Hurricanes scoring 53 goals and 149 points.
This last year, Ryan scored two goals and 13 points in 43 games and was linked to the Oilers in a potential trade ahead of this year’s trade deadline. At the same time, he was an incredible driver of play both offensively, and defensively.
According to hockeyviz.com, Ryan provided even-strength offence at a nine percent rate above league average and defence at a seven percent rate above league average. His underlying numbers, too, were very strong with the Flames.
With him on the ice at 5×5, the Flames controlled 59.71 percent of the shot attempts, 62.07 percent of the goals scored and 61.05 percent of the expected goals. Ryan’s PDO was slightly inflated at 101.4 so there’s some room for those numbers to come down, but even still these are very solid numbers.
According to puckiq.com, Ryan played the most amount of his time against bottom-six competition and completely dominated. He fared well against middle and top-six competition, too.
I polled my colleague Ryan Pike, the editor of FlamesNation, for his thoughts on Ryan and what the Oilers can expect:

Derek Ryan is a really reliable bottom six forward. He doesn’t have a lot of flash to his game, but he’s supremely steady and predictable. He kills penalties well, is a good right-side face-off option, and will provide 10-12 minutes a night of anxiety-free hockey. His lack of flash is probably why he’s a fourth line guy, but he’s a really strong depth player.

Zach Laing is the Nation Network’s news director and senior columnist. He can be followed on Twitter at @zjlaing, or reached by email at zach@oilersnation.com.
News
Team News
Recent articles from Zach Laing