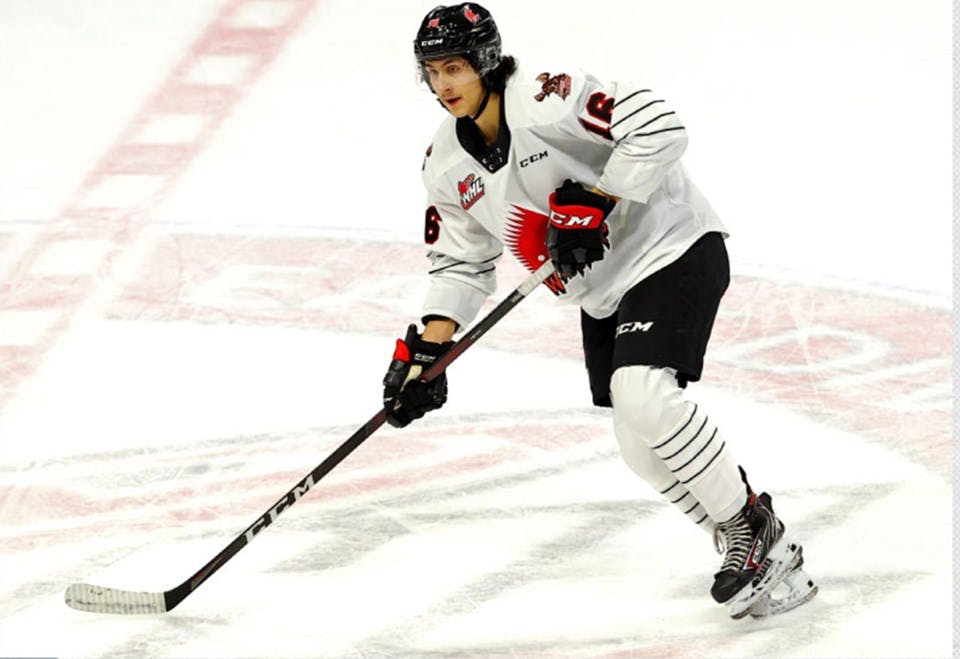 By Cam Lewis
4 months ago
The Edmonton Oilers have inked defenceman Max Wanner to a three-year, entry-level contract, the team announced on Friday.
Wanner was Edmonton’s seventh-round pick in the 2021 NHL Draft, selected at No. 212 overall from the Moose Jaw Warriors of the WHL.
His pre-draft season in 2020-21 was limited to just 17 games because of the pandemic but Wanner broke out in his post-draft season with 23 points across 55 games. Wanner took on a larger role with the team as the season went along and his best play came in the playoffs as he chipped in with seven points over nine games.
Wanner was cut from Oilers training camp earlier this week and will join the Warriors for the 2022-23 season. After that, he’ll be eligible to turn pro for the 2023-24 season.
The Oilers have now signed three of their six draft picks from the 2021 class. First-round pick Xavier Bourgault and late-round selections Matvey Petrov and Wanner have inked entry-level deals, leaving Luca Munzenberger, Jake Chiasson, and Shane LaChance as three prospects the Oilers will need to make decisions on down the road.
News
Team News
Recent articles from Cam Lewis