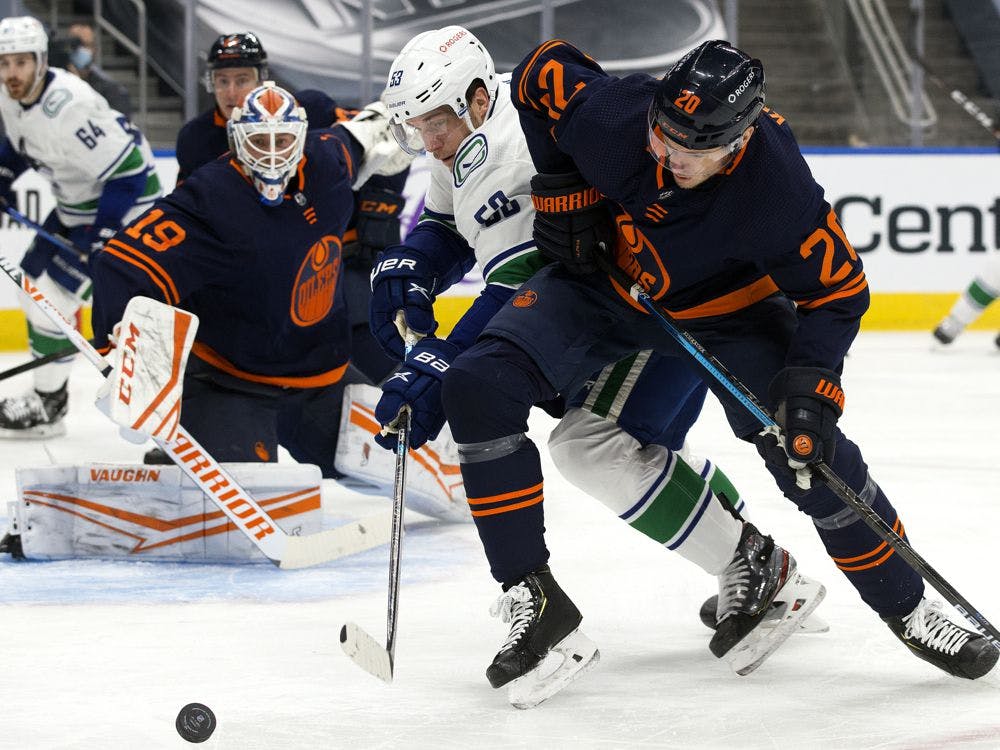 By baggedmilk
1 year ago
This morning, Sportsnet’s Mark Spector revealed via Twitter that the Edmonton Oilers have re-signed defenceman, Slater Koekkoek, to a two-year contract that carries a $925,000 cap hit.
The Edmonton Oilers bolstered their defensive depth by re-signing Slater Koekkoek to a two-year deal that will keep him with the team through 2022-23 and will see him as the 3LD or seventh defenceman depending on the night. A depth signing to be sure, Koekkoek was a guy that Dave Tippett seemingly trusted and I wonder how much of the coach’s input was taken into account for this extension. In his first tour with the Oilers, I thought Koekkoek performed reasonably well before suffering a broken collarbone against the Calgary Flames that kept him out of the lineup for the bulk of the season. Yet, despite missing most of the COVID-shortened campaign, Koekkoek did slot back into the lineup for the playoffs, playing in all four games against the Winnipeg Jets and registering one assist.
What’s interesting about Koekkoek’s new deal is that, just like Devin Shore, Holland decided to give him a second year to stick around as a depth piece even though he will likely get passed on the depth chart by prospects like Broberg or Samorukov before this thing is over. While I think it’s generally a good thing to have competition at every level of your lineup, I do wonder what leverage Koekkoek had to get himself that second year. Regardless of my own negotiating questions, having Koekkoek back in the mix likely means that the 3LD job will be up for grabs between him, Kris Russell, and William Lagesson, and I hope that means all three of those players will have to raise their level of play if they want to get into the lineup.
In 18 games played with the Oilers in 2021, Koekkoek registered a single goal and two PIMs while averaging 13:10 in TOI to go along with a 40.4 CF% and a 94.1 PDo. Koekkoek, a native of Winchester, Ontario, was selected 10th overall by the Tampa Bay Lightning in the 2012 NHL Draft.