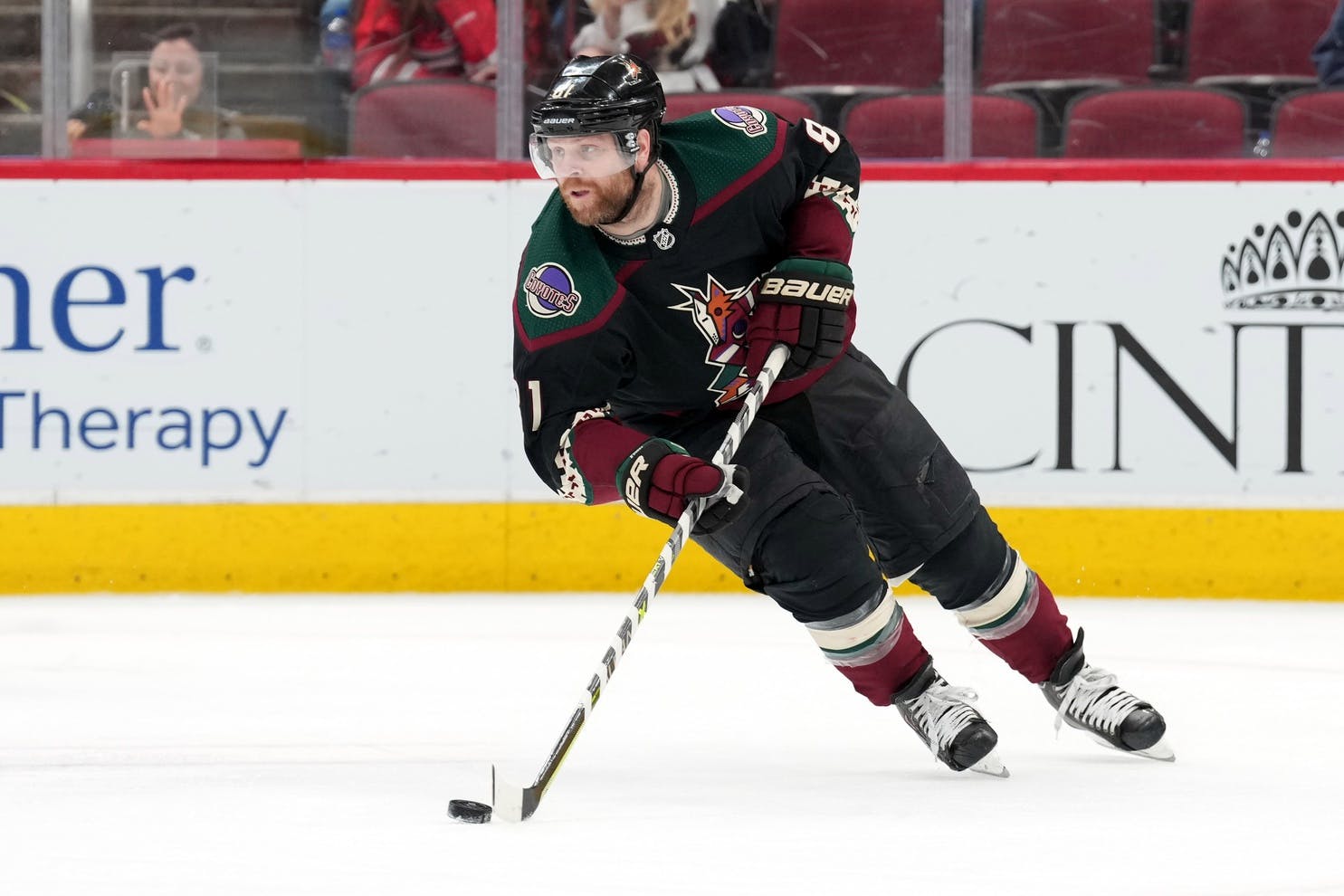 By Robin Brownlee
3 months ago
Apparently, the Edmonton Oilers are the likeliest landing spot for unsigned free agents Phil Kessel and P.K. Subban. I said, pardon? If that catches you by surprise as it did me this morning, I suspect we’re not alone. Yes, Kessel and Subban.
That’s the word according to gambling site Bodog, which has Edmonton as the most likely destination for Kessel ahead of Arizona, Minnesota, Calgary, Winnipeg and Chicago. When it comes to Subban, the Oilers are again the favorites – ahead of Nashville, New Jersey, Montreal, Buffalo and Dallas.
Kessel’s name has come up fairly often this off-season as a possible fit for the Oilers. I wrote about him last Sunday. In-the-know Oilers Now radio host Bob Stauffer has mentioned Kessel more than once. GM Ken Holland told us he’s talked to Kessel’s agent, Wade Arnott. So, it hasn’t taken long for Edmonton to go from a possible destination to the favorite.
As for Subban, now 33 and not nearly the player he used to be, I haven’t heard anything about the Oilers being interested in him, although Stauffer has speculated on the possibility of the Oilers landing players who don’t need a payday but are looking for a team they can win with as a last hurrah. The other thing is, I don’t know how much Subban has left in the tank.

I can see Kessel as a fit on a bargain deal because the one thing he does is score. You can plug him in alongside Connor McDavid or Leon Draisaitl. Subban? He dropped below 20 minutes in average ice time last season for the first time in his 834-game NHL career at 18:18 with New Jersey, so he’s not the minute-muncher or point producer he once was. No surprise. Is he a worthwhile gamble as a third-pairing guy?
Over at The Hockey Writers, at least one of their scribes seems completely sold on Kessel and Subban coming to the Oilers. I don’t know the author or if his take is simply wishful thinking, but he is all over the idea.
On Kessel: “Bringing Kessel on board would allow the Oilers to send out three strong lines instead of two. They become a matchup nightmare when you have McDavid and Draisaitl on separate lines and then you can send someone like Kessel out against weaker competition.”
On Subban: “As for Subban, while the defensive part of his game has slipped, he still has a lot to offer offensively and moving the puck. He can play on the power play and would fill in a gap down the lineup on their blue line. He also has playoff experience. His presence on the Oilers would improve them especially if they can find a bargain contract.”
So, while Bodog likes the odds of both players ending up here, I don’t see it happening. I think it’s far more likely we’ll see Kessel here than Subban, who’d be on the right side with Cody Ceci, Evan Bouchard and Tyson Barrie — unless somebody gets moved. Is it possible? Sure. Likely? I don’t think so.