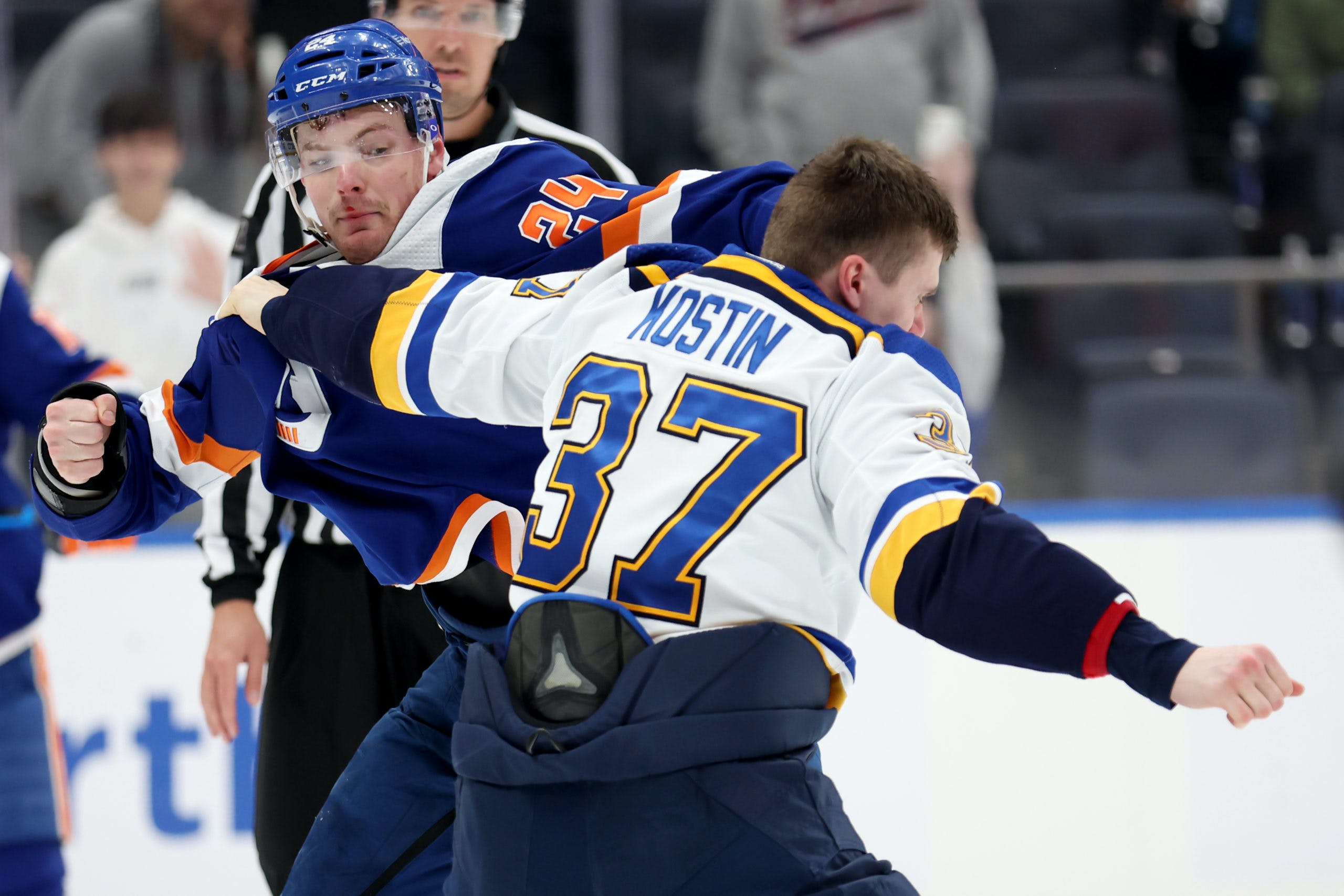 By Zach Laing
1 month ago
A pair of Russians are on the move as the Edmonton Oilers and St. Louis Blues made a trade Sunday morning.
The Oilers have moved defenceman Dmirti Samorukov to the Blues in exchange for forward Klim Kostin.
Samorukov, who was waived by the Oilers and later cleared, was drafted by the club in the third round of the 2017 draft. He came over to North America in the 2016-17 season playing for the OHL’s Guelph Storm, and joined the Oilers organization in the 2019-20 season.
Over the last two years, he’s appeared in 103 AHL games scoring five goals and 30 points. He made his NHL debut last year in a game against the Blues, but played just 2:28. Two blunders were made during his brief time that lead to goals against.
Kostin, meanwhile, was also taken in the 2017 draft, but 31st overall. He came over to North America right away and has largely been an AHL’er until last season. He played in his first meaningful NHL games last year appearing in 40 scoring four goals and nine points.
In the AHL, he’s appeared in 198 games over five years scoring 32 goals and 88 points.
Here are some scouting reports via his EliteProspects page.

Can carry defenders around the ice with his power and balance, or stickhandle around them with a deke or two as he goes to the net, Futureconsiderations.ca
He is a smooth skater with a deep knee bend that produces a long, powerful stride and he can generate speed with very few strides, Hockeyprospect.com

Kostin was placed on waivers on Friday and cleared. Here’s some of what the St. Louis Post-Dispatch’s Jim Thomas wrote on Friday about Kostin:

Kostin has been an enigma since being selected at the end of the first round in the 2017 NHL draft. He has good size, skates well for his size, and has an NHL-caliber shots. But somehow the parts have never meshed together. On more than one occasion, Berube has lacked the consistency from game-to-game and even shift-to-shift that you need on the NHL level.
When asked if he was basically down to his regular-season roster, Berube said: “Yeah, for the most part. Looking at a couple things still, but for the most part it’s pretty narrowed in.”

For the first time in three seasons, we’re throwing a Season Launch Party at SOHO and you’re all invited to join us! What’s going on? I’m glad you asked.
As always, we will also be including a charity component with the event where a portion of all ticket sales will be donated directly to Sport Central to help with their mission of providing equipment and bicycles to children in need.
Featured
Nation Takes
Recent articles from Zach Laing