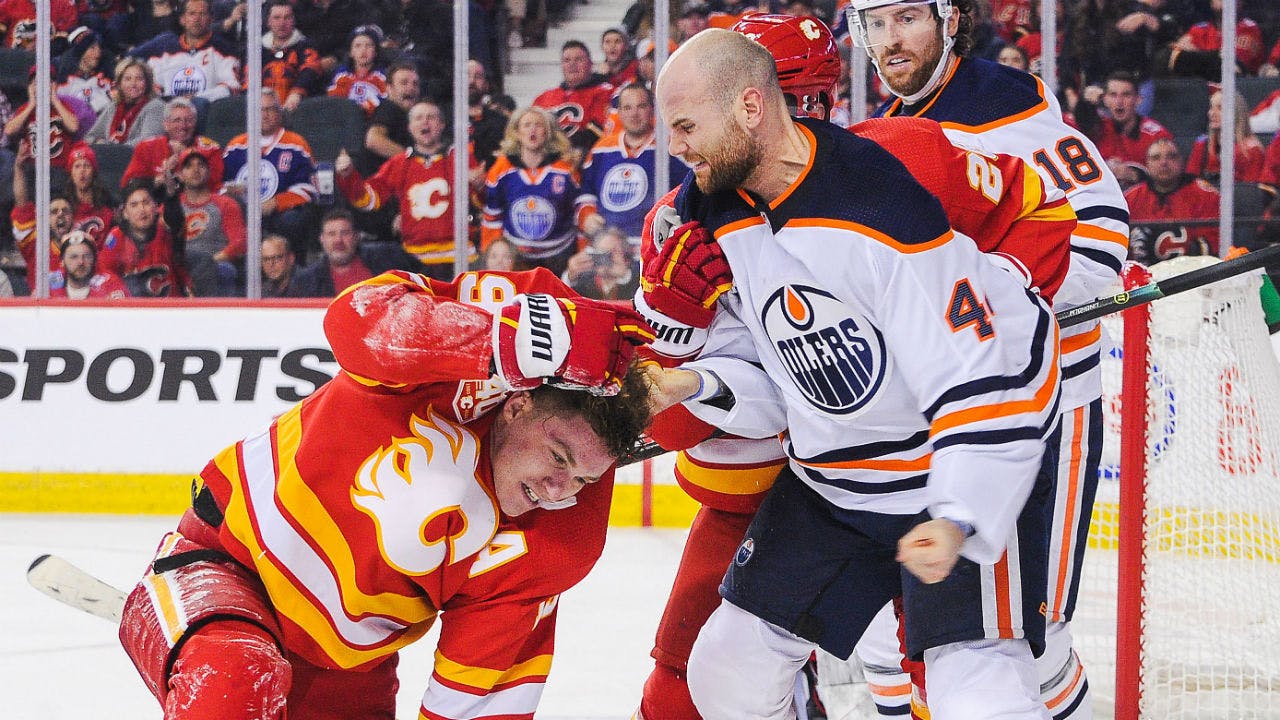 By Zach Laing
6 months ago
Two years, five months and nine days after Ken Holland signed Zack Kassian to a four-year contract extension, he has traded him to the Arizona Coyotes.
The deal came down during the first round of the 2022 NHL draft Thursday night in a deal that saw them package Kassian with the Oilers’ 29th overall selection, as well as a future second and third round pick, for the Coyotes’ 32nd overall pick, Daily Faceoff’s Frank Seravalli reported.
The second-round pick is in the year 2025, while the third is in 2024.
While the trade may seem hefty, the Oilers still are able to retain a day one draft pick — something the team clearly valued. It breaks down to the Oilers moving back three spots while trading a second and a third to move Kassian’s contract.
Kassian, 31, joined the Oilers amid the 2015-16 season when he was acquired from Montreal Canadiens in exchange for goaltender Ben Scrivens. One of the longest-serving Oilers, Kassian has appeared in 412 games over the last seven seasons scoring 55 goals and 135 points.
His best time with the Oilers came just before he inked that four-year, $3.2-million AAV when he caught lightning in a bottle playing alongside Connor McDavid. In that 2019-20 season before signing the deal, Kassian scored 13 goals and 28 points in 44 games, finishing the season with 34 points in 59 games.
After finishing out the year, Kassian’s time on ice plummetted, as did his production. He’s appeared in just 85 games over the last two years scoring eight goals and 24 points. This past season Kassian’s underlying numbers were among the best of his tenure with the Oilers, but his role with the team is clear as nothing more than a fourth-liner.
Given his cap hit and inability to produce on either end of the ice, it was clear the Oilers needed to move on from the big winger.
The 2017 playoffs will remain among the more memorable times from Kassian, too. He scored just three goals in 13 games in those playoffs. Two of them came in the Oilers’ first-round matchup against the San Jose Sharks where he was a massive physical presence making his mark to help the Oilers advance to the second round.
Zach Laing is the Nation Network’s news director and senior columnist. He can be followed on Twitter at @zjlaing, or reached by email at zach@oilersnation.com.