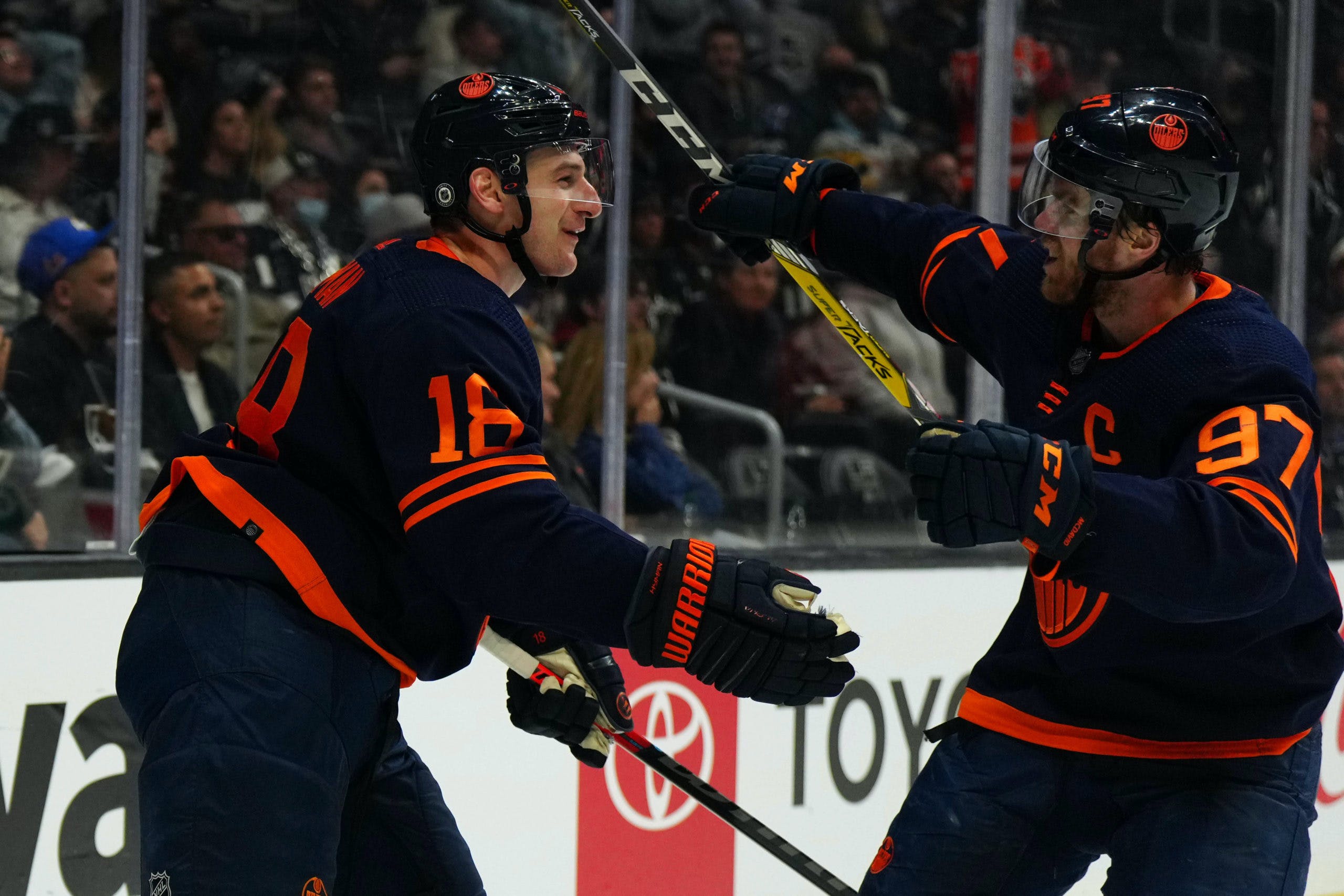 By Robin Brownlee
8 days ago
I’m not the only one who thought Zach Hyman had a chance to surpass the career-highs for goals, assists and points he had in his first campaign with the Edmonton Oilers last season after coming over from the Toronto Maple Leafs. Hands up those who thought Hyman would do it in 47 games. Sure.
As good as Hyman was for the Oilers last season after inking a seven-year contract with a $5.5-million AAV, putting up 27-27-54 in 78 games, anybody paying attention can see he’s reached a new level with the Oilers this season. Hyman surpassed that points total Saturday in a 4-2 win over the Vancouver Canucks with a goal and three assists, giving him 24-32-56 – with 34 games remaining.
At 30, Hyman, whose game is more about hard work and hustle than raw talent, is better than he’s ever been. And while playing with the likes of Connor McDavid and Leon Draisaitl is a luxury he didn’t have in the six seasons he spent playing in his hometown of Toronto, he’s not a guy who is just along for the ride.
With the Oilers looking to extend their winning streak to seven games and continue to climb the Pacific Division standings when the Columbus Blue Jackets come calling Wednesday, Hyman has had as big a hand in this team’s resurgence as anybody with 4-8-12 during this six-game roll. That’s in addition to his usual time spent in the tough areas and in pursuit of every puck. Hyman even added a scrap with Sean Durzi of L.A. to his repertoire Jan. 9. 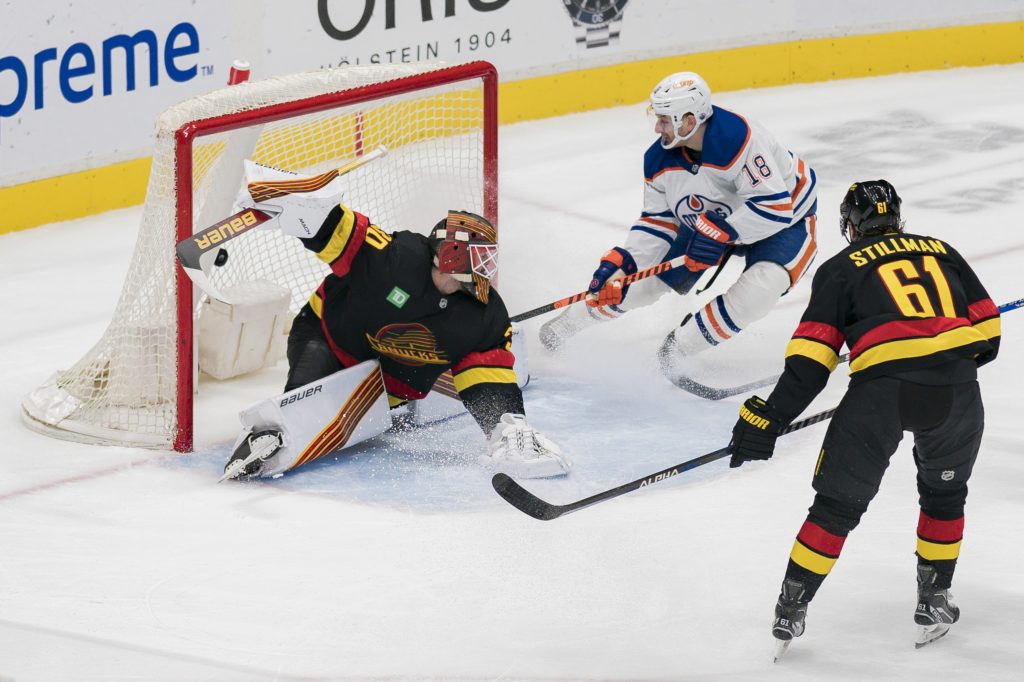 Jan 21, 2023; Vancouver, British Columbia, CAN; Vancouver Canucks defenseman Riley Stillman (61) watches as Edmonton Oilers forward Zach Hyman (18) scores on goalie Spencer Martin (30) in the first period at Rogers Arena. Oilers won 4-2. Mandatory Credit: Bob Frid-USA TODAY Sports
“I don’t know. I don’t think you look too far ahead,” said Hyman, asked if he ever saw himself becoming as much of an offensive player as he is now. “For me, when I came to the league, it was ‘how am I going to stick in the league?’ and ‘how am I going to be an everyday player?’
“Then, every year you try to kind of add elements and change. You don’t go from 28 points or whatever my first year was to now overnight. You’ve got to work at it and there’s still a lot of season left. So just for me, every level I’ve been at, I tried to work at my game and try to learn the game as it changes.”
While McDavid and Draisaitl sit one-two atop the NHL scoring race as they tend to do season after season, you’ll find Hyman in 14th place as of today. His 56 points have him ahead of the likes of Steven Stamkos, Sidney Crosby, Alexander Ovechkin and Auston Matthews. He won’t stay there but that doesn’t take away from how well he’s played – 12 of his goals have come on the power play and 12 are at even strength. He’s had four goals called back.
“He’s effort personified, so you know what you’re getting every day he gets to the rink, whether it’s a practice or a game,” coach Jay Woodcroft said. “You know what you’re getting every day he gets to the rink whether it’s a practice or a game.
“He’s at a career pace. We’re proud that he’s finding his stride in Edmonton. I think he makes us a better team. I used the term to describe him before as easy to play with but hard to play against. I think that sums him up perfectly.”

When it comes to praise from high places, what McDavid says about Hyman tells you a lot about his value to this team.
“He brings it every night,” McDavid said. “He’s playing great, there’s no doubt about that. He’s doing a lot of good things and getting rewarded for it, which is really good to see. He works so hard, he keeps pucks alive, he’s good on the forecheck, he goes to the net hard, and he opens up a lot of space. He’s a leader on our team who sets the tone for our group in terms of work ethic.”
Editorials
Featured
Oilers Talk
Recent articles from Robin Brownlee