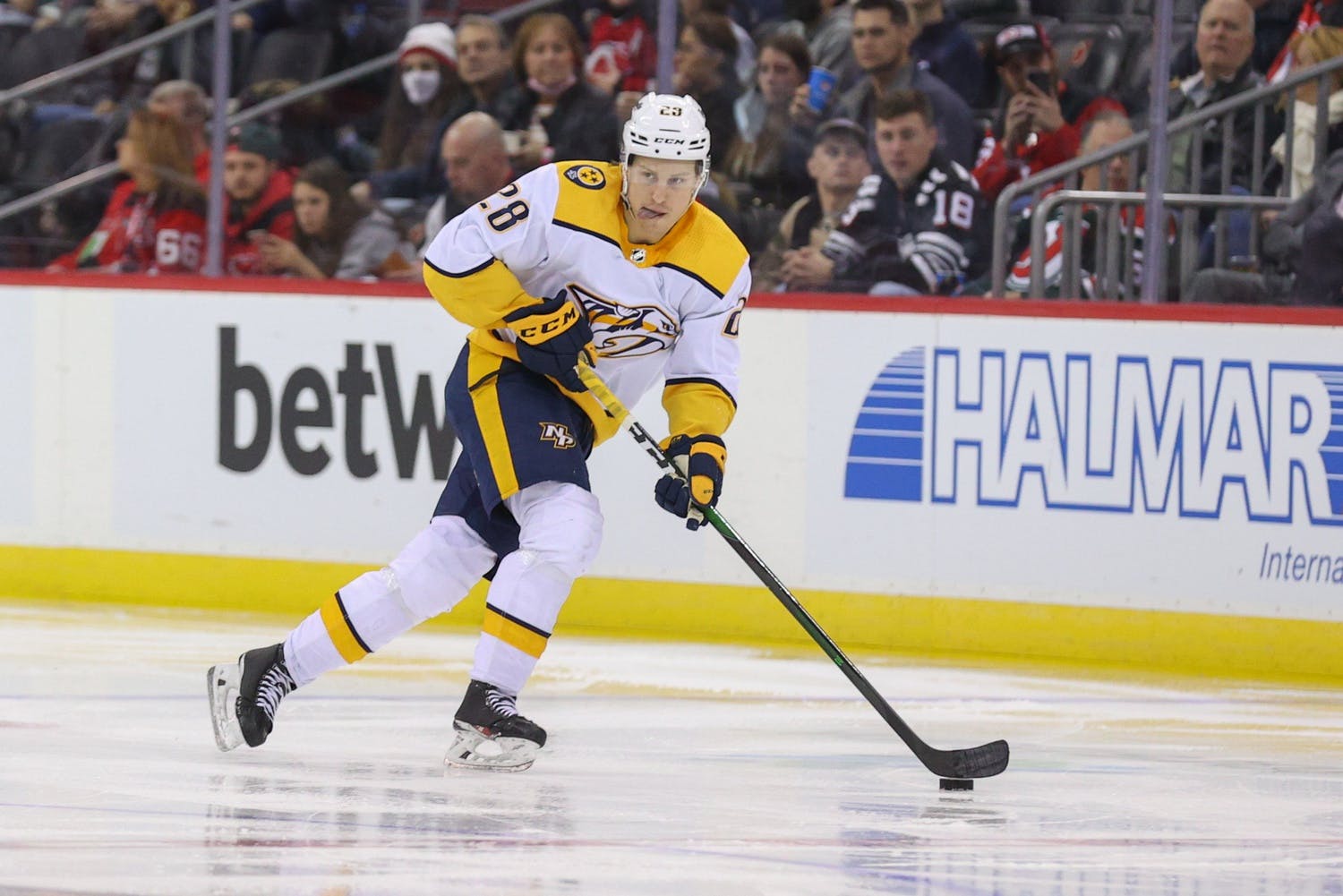 By Cam Lewis
1 month ago
The Nashville Predators placed winger Eeli Tolvanen on waivers on Sunday. Might the Edmonton Oilers be interested in claiming him?
The Predators selected Tolvanen in the first round of the 2017 NHL Draft at No. 30 overall. His stock as a prospect rose significantly the following season when he scored 19 goals and 36 points over 49 games as an 18-year-old playing in the KHL.
Tolvanen’s first full season in North America in 2018-19 saw him score 35 points in 58 games for the Milwaukee Admirals of the AHL and two points in four games in the NHL with the Predators. He followed that up with 21 goals and 36 points in the AHL in 2019-20 but surprisingly didn’t play a single game with Nashville.
After spending the first half of the 2020-21 season in the KHL while hockey in North America was paused due to the pandemic, Tolvanen finally broke through with the Predators. He spent the entirety of the shortened season in the NHL and scored 11 goals and 22 points over 40 games.
Tolvanen’s results since have been somewhat disappointing. He scored 11 goals and 23 points over 75 games in 2021-22 and he put up four points through 13 games this season before being placed on waivers. It’s also worth noting that Tolvanen’s shooting percentage between last season and the first couple of months of this season is down at 7.6 percent, so he could be poised for a rebound.
Though Tolvanen hasn’t developed into the top-line sniper that the Predators were hoping for, he’s still a solid depth contributor at the NHL level. For a team like the Oilers who could really use some added scoring touch on the third and fourth lines, Tolvanen would be a worthwhile risk to take. Producing at the same clip he did last year, 11 goals in total and 10 at even-strength over 75 games, would be a welcomed addition to Edmonton’s bottom six.
Tolavanen is in the second season of a three-year contract worth $1.45 million annually. The Oilers could claim him and make it work financially while Evander Kane is on the Long-Term Injured Reserve but somebody would have to go before Kane is activated in order for the team to be salary cap compliant.
Maybe a Jesse Puljujarvi for Eeli Tolvanen change of scenery swap makes sense for both teams and players.
Featured
Oilers Talk
Recent articles from Cam Lewis