For some reason, the Edmonton Oilers have signed Jake Virtanen to a professional tryout 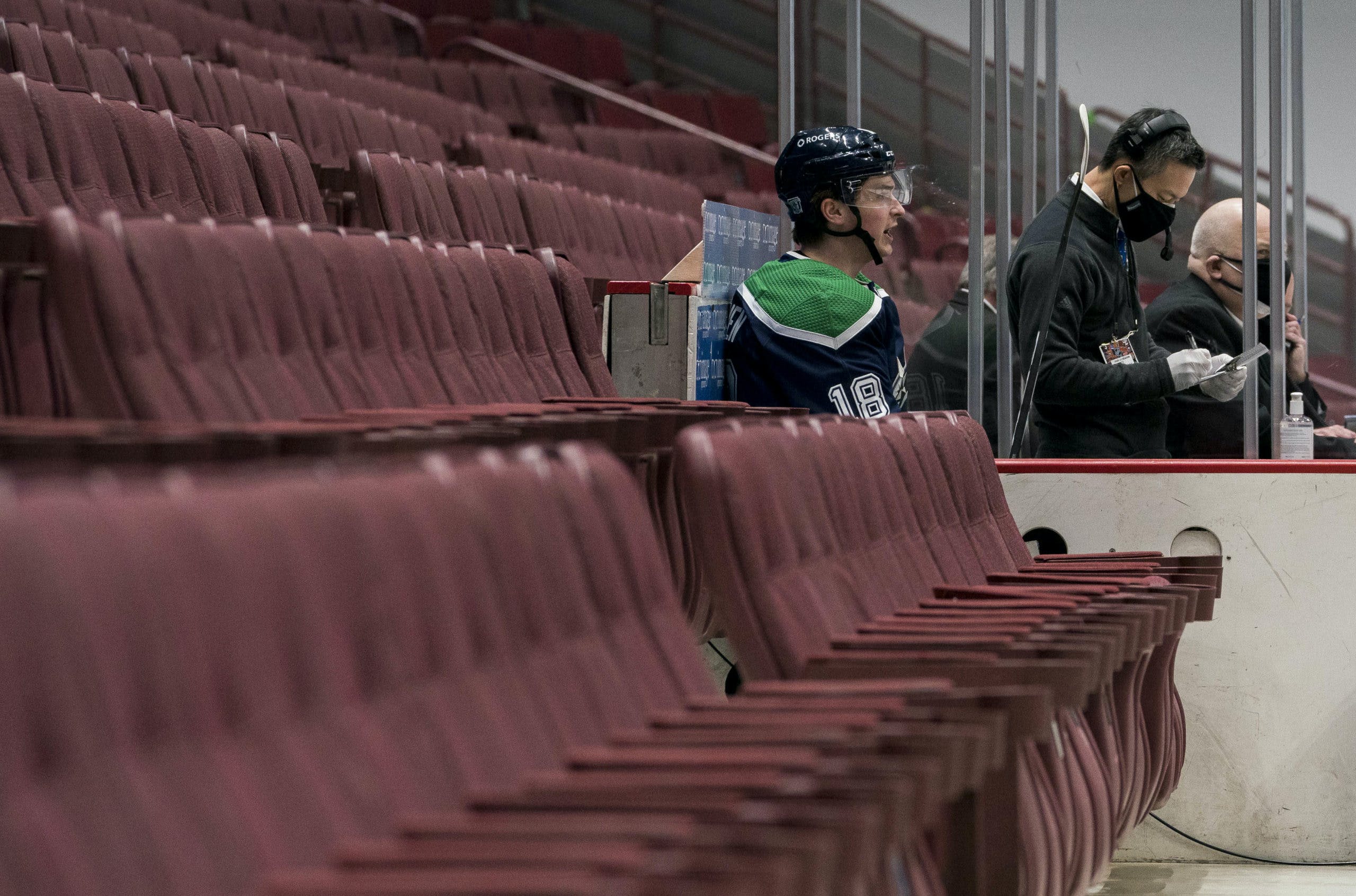 By Zach Laing
2 months ago
The Edmonton Oilers have signed forward Jake Virtanen to a professional tryout, the club announced Monday, also making it official that defenceman Jason Demers would be joining on a PTO, too.
The latter of the moves makes some sense. Demers has been a steady defenceman in the NHL for years and while he spent last year, in part, playing in the KHL and rehabbed a back injury.
He could make sense as a seventh defenceman and if he shows well enough in camp, could allow the Oilers to trade Tyson Barrie to clear up cap space, but that’s a story for another article.
The head-scratching decision to bring Jake Virtanen in, however, is deserving of an article. Off-the-ice, Virtanen was charged earlier this year with one count of sexual assault, a charge that he was found not guilty of during a B.C. Jury Trial in July.
While the Court of Law found Virtanen not guilty, that hasn’t halted any of the blowbacks from an Oilers fan base clearly up in arms.
Disappointment doesn’t even begin to describe the feelings some express.
“Shameless. Just shameless. Gross,” wrote one Twitter user.
You can read the rest of the replies.
Isolating Virtanen’s ability on the ice, this move is confusing. Virtanen’s best season in the NHL came in 2019-20 when he scored 18 goals and 36 points in 69 games. Nine of those points came on the powerplay and at 5×5, the Canucks controlled less than 50% of the shot attempt share, goal share, and expected goal share.
After that year, Virtanen’s 2020-21 season was nothing short of embarrassing. He scored five goals in 38 games and the Canucks controlled 45 percent of the goal share and 44.17 percent of the expected goal share.
Virtanen has never been an effective driver of play, either. His offensive and defensive contributions, according to hockeyviz.com, hardly ever broke league average on any sort of consistent basis. He is, however, a physical presence laying 11.4 hits/60 in 2020-21 and 7.27 hits/60 in 2019-20.
After the sexual assault allegations arose, the Canucks, who took Virtanen 6th overall in 2014, placed him on leave and subsequently bought out his contract. Virtanen spent last season in the KHL playing for HC Spartak Moskova where he scored nine goals and 16 points in 36 games.
He was the KHL’s 157th leading scorer.
According to The Athletic’s Scott Wheeler, with Virtanen off the ice last season at even-strength, Moskova outscored their opponents 81-71, a 53 percent share of the goals scored. With Virtanen on the ice, Moskova got outscored at even-strength 16-21, controlling just 43 percent of the goals scored.
In the slightest, I struggle to find any world where this is a positive for the Oilers. Would the Oilers really want Virtanen to beat out any of Dylan Holloway, Noah Philp, or Xavier Bourgault for a roster spot? This could stunt the growth of rookies the Oilers so desperately need to be impact players.
Bringing in Virtanen has already angered the fan base, and if this in any way projects a potential Jesse Puljujarvi trade, it’s a fireable offence.
Zach Laing is the Nation Network’s news director and senior columnist. He can be followed on Twitter at @zjlaing, or reached by email at zach@oilersnation.com.