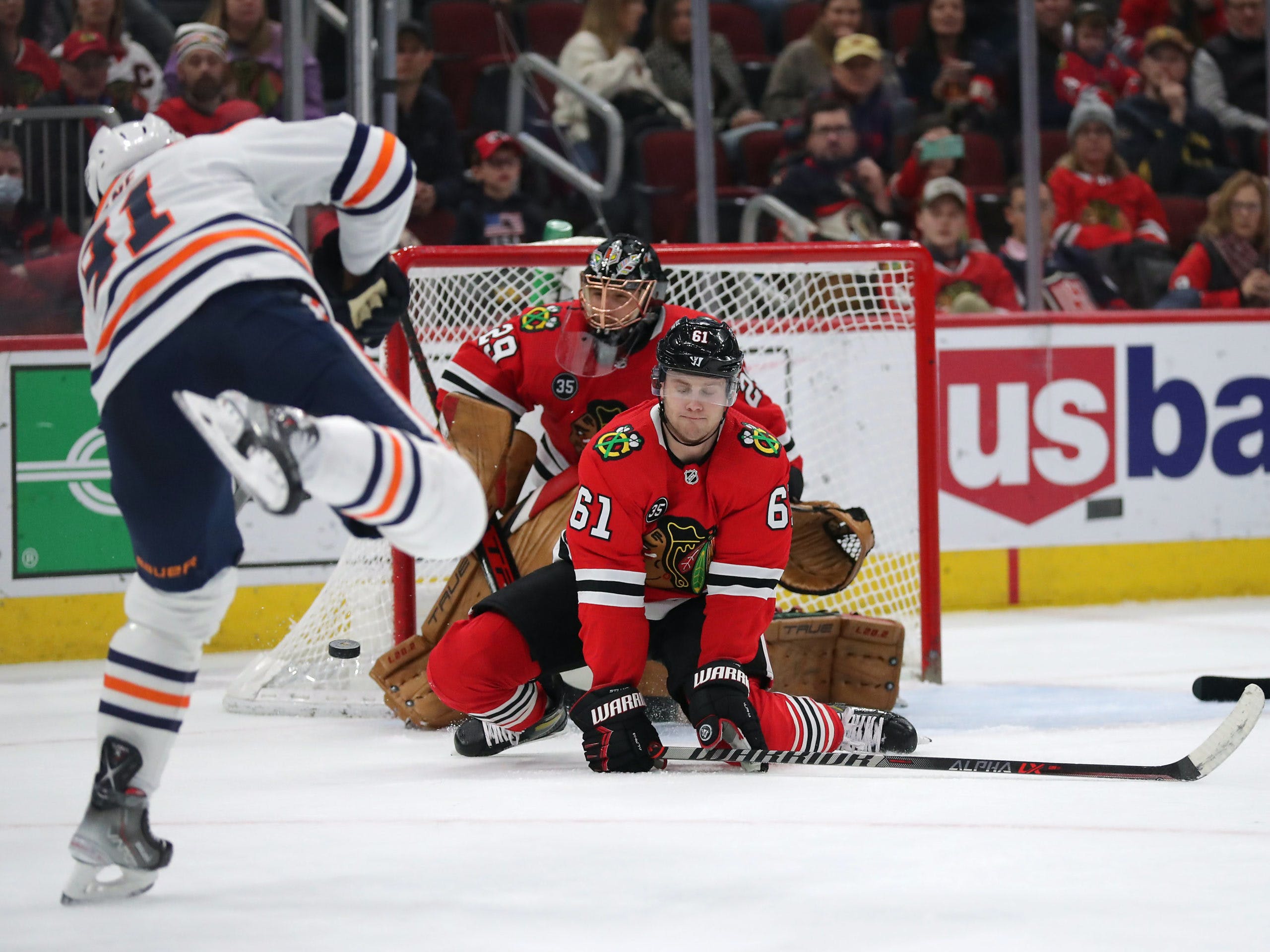 By baggedmilk
1 month ago
Welcome to our game day content brought to you by NHL Lines site Betway!
From where I blog, there’s nothing better than watching our beloved Edmonton Oilers when the team is on a roll, and that’s why I’m excited to see if the boys can maintain cruising altitude against the Chicago Blackhawks even in the second half of a back-to-back set. Dearest Internet friends, it’s game day.
Even though the first handful of games was anything but spectacular for the Edmonton Oilers, they’ve really started to turn things around over this last week or so. Not only are they getting offensive contributions from throughout the lineup and strong goaltending between the pipes, but they’re also eliminating a bunch of the sloppy puck mistakes that were ending up in the back of the net. So is it any surprise that the Oilers have won three of their last four games? It shouldn’t be. From my side of the TV screen, I’m seeing a team that’s starting to gel a little bit and that should mean bad news for anyone standing in their way. Of course, the sample size on this turnaround is still pretty small, but even so, there is a lot to like about the way the boys are playing right now.
At the same point, and Woodcroft said the same thing in his media availability, we’re still in the early days of figuring out how good this Oilers team can be, and it will be up to the players to make sure they’re building upon the strong efforts they’ve put out against the Penguins and Blues. As much as those wins were a whole lot of fun, we’ve also seen the boys struggle against teams below them in the standings over the years, and I think beating Chicago is going to be a bigger test than maybe we expect. But if the Oilers play their game and come out firing from the jump, then I see no way on Gord’s green earth that the Blackhawks will be able to keep up. If they don’t do that, however, I can easily see this being another one of those frustrating nights filled with missed opportunities and an avoidable loss. Here’s hoping the boys aren’t taking anyone lightly.
Let’s see what the numbers say.

RNH – McDavid – Hyman
Kane – Draisaitl – Yamamoto
Foegele – McLeod – Puljujarvi
Shore – Ryan
Nurse – Ceci
Kulak – Barrie
Murray – Bouchard
Niemelainen
Campbell
Seeing as the Oilers played last night, I’m not expecting that we get too much in the way of roster updates outside of swapping Jack Campbell in net. Then again, if it ain’t broke, why fix it, amirite? And seeing as this specific lineup has looked in two straight wins against a couple of very good teams, why not see if they can push for a third?

Athanasiou – Domi – Kane
Johnson – Toews – Raddysh
Kurashev – Dickinson – Lafferty
Khaira – Entwistle – Blackwell
J. Johnson – S. Jones
Tinordi – Murphy
McCabe – C. Jones
Stalock
Despite everyone assuming the Chicago Blackhawks were going to be terrible — there’s still plenty of time for that tbh — they’ve actually had a very nice start to their season. Sure, you could say that the four wins they’ve picked up have come against some pretty bad teams outside of Tuesday’s game against Florida, but the Blackhawks are still riding a four-game winning streak coming into tonight’s contest and the Oilers need to be ready for the challenge. Even though this team isn’t anywhere close to the ones that won Stanley Cups, they still have some players on this roster that can ruin your night if given the chance. Playing a simple, structured game will be key for Edmonton if they’re looking to end Chicago’s streak while extending their own.

After turning the game off on the 26th, I had to ask myself, “how do the Chicago Blackhawks have a four-game win streak? This is supposed to be a team full of misfits led by a couple of disgruntled veterans. What’s going on?” A victorious season was not the plan, and I realized that the team’s winning ways could be sabotaged for the future.
Here we are six games into the season, and Chicago sits in third place in the division. I had not prepared myself for this mentally and was ready to see a lot of prospects rack up NHL minutes while the team accrued loss after loss. There are 76 more games to go, so early success might be all the success this team has. We’ll see. One thing is for sure, everyone that is playing well could net Chicago a decent return at the trade deadline in March. At the moment, there are numerous players in Chicago exceeding expectations in an organization most everyone wrote off as terrible.
Chicago can’t trade everyone. What’s more, the players are proving that they aren’t going to support tanking to try and draft Connor Bedard. However, if Chicago’s GM Kyle Davidson has anything to say about it, the Blackhawks will end the season as close to the bottom of the standings as possible. To me, this means that Chicago might be a seller at the deadline, potentially waving goodbye to more than just one or two players. Is this a good thing? 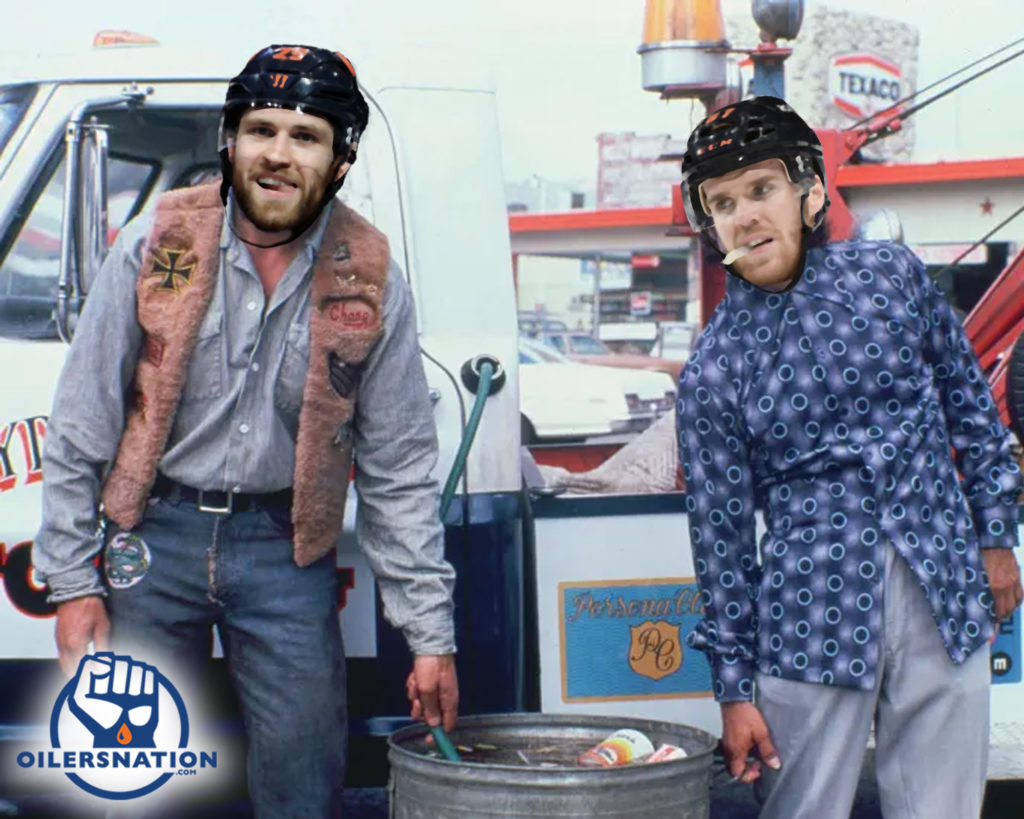