Game Notes Oilers @ Predators: Who Will Bounce Back? 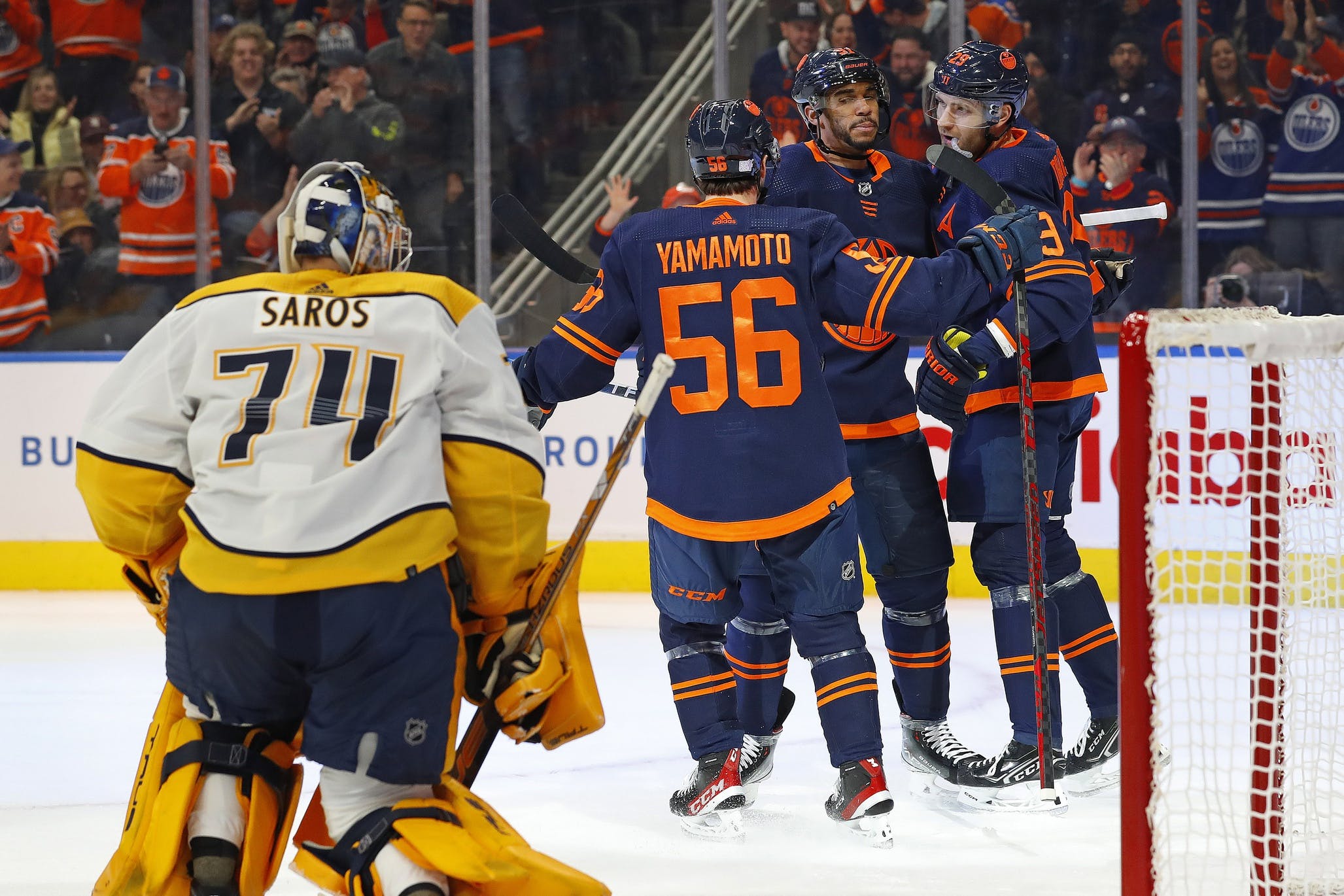 By Jason Gregor
1 month ago
For one night the NHL reverted back to the early 2000s, where low-event hockey was the main course. There were six games in the NHL last night with a combined 20 goals. The Rangers and Devils provided the most excitement with a 4-3 Rangers win in OT, but four other games had a combined three goals each while the St. Louis Blues shut out the Predators 1-0 in overtime. It was an odd night in a season where offence has been plentiful.
Five of those 12 teams play again tonight, including the Edmonton Oilers battling the Nashville Predators. Which team will find its offence?
— There shouldn’t be a fatigue factor. Or least it will be even for both clubs. The Oilers flew to Nashville from Minnesota, while the Predators flew in from St. Louis. Flight time from Minny to Nashville is two hours, while St. Louis to Nashville is 45 minutes. The extra 75 minutes of travel shouldn’t hamper the Oilers that much.
— It was the fourth time this season the Oilers have scored one goal or less. They’ve been shut out twice and scored a single goal twice. The Oilers are 0-4 in those games. It was the third time the Predators have been shutout and they’ve scored one goal four times. They are 0-6-1.
— The Oilers’ offence has rebounded nicely after a slow night offensively. In the ensuing game after scoring zero or one goals the Oilers have scored six, four and four and won all three defeating Pittsburgh, Vegas and the New York Rangers.
— The Predators’ offence isn’t as potent and hasn’t been as productive after a slow offensive game. In the game after scoring zero or one goals, they have scored one, three, six, four, three and two goals and went 2-3-1.
— The Oilers are sixth in goals/game at 3.55 while the Predators are 29th at 2.50. Edmonton’s recent three-game stretch of allowing two goals per game has them moving up the GA/GP ranks as they are now 22nd at 3.41, while Nashville is 16th at 3.00. Edmonton is +0.14 while the Predators are -0.50 in GF-GA differential.
— Edmonton is now 7-3 in games where they have five PP chances or more. Their PP had five last night including a 6-4 in the final minute with their goalie pulled but were unable to tie the game. But the Oilers lost this game at 5×5. The Wild didn’t give the Oilers many chances 5×5 and outshot them 24-14.
— The Oilers forwards had a total of six shots on goal 5×5. Connor McDavid had two while Leon Draisaitl, Zach Hyman, James Hamblin and Mattias Janmark had one. The bottom nine forwards combined for two shots. Ouch. The defence had eight shots from Darnell Nurse (4), Tyson Barrie (3) and Evan Bouchard (1) which is just above the Oilers average for 5×5 shots from D-men. They average 7.97 shots/game at 5×5. The forwards average 15.44 game 5×5 and will need to be create more shots and chances tonight.
— Jack Campbell will start in goal for the Oilers and Kevin Lankinen goes for the Preds. Campbell hasn’t played since December 1st and has spent time in practice working on some small details in his game. He has also had a new chest protector in his locker last week, so he could be debuting some new gear. Lankinen makes his seventh start of the season. He is 3-3 with a sparkling .930Sv% and 2.30 GAA in his six starts. He stopped 48 of 49 shots to defeat the New York Islanders in his previous start on December 2nd.
— Stuart Skinner has started 11 of the past 14 games. This will be Campbell’s fourth start since Remembrance Day. Edmonton needs Campbell to give them some quality starts. They don’t want to play Skinner 11 of the next 14. Not because he can’t play well, but they must avoid running him into the ground.
— The Oilers didn’t give up much last night. In fact, Kevin Woodley outlined on my radio show on Monday that the Oilers are third best in the NHL at limiting offence in the defensive zone via Clear Sight Analytics. They are 18th off the rush, and the winning goal came off the rush last night, so that is the main area of concern. In the defensive zone, they have done a good job limiting chances. The issue is they still will gift the opposition a great chance, which has led to goals, but based on volume, Edmonton isn’t giving up much. Campbell will need to be sharp off the rush, but he simply needs to be steady when the Oilers are defending in their zone.

Thanks to Tim for his awesome bid on the Oilers/Kraken suite yesterday. 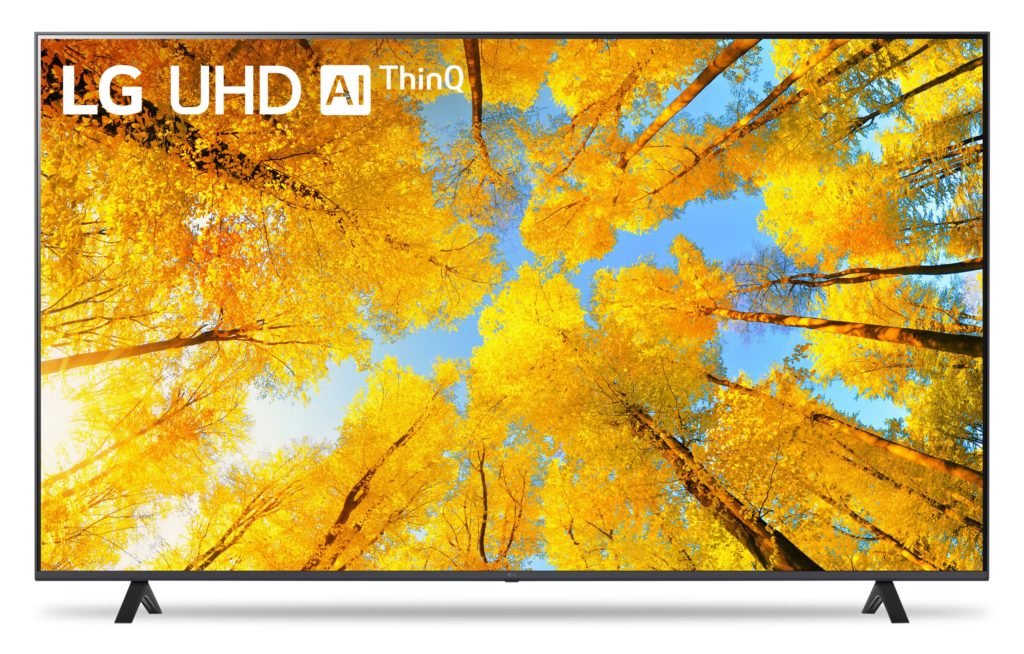 Ultimate Streaming! Smart! Gaming Optimized! Ultra Large 4K LED Display! Voice Control! 75 Inches! Separate accounts and personalized recommendations for everyone, plus built-in Netflix, Prime Video, Apple TV, Disney+ and HBO Max. A slim design, minimal bezel and small footprint allow it to fit almost anywhere. Mount it on your walls or set it on a TV stand. Control the TV with your voice via Amazon Alexa and Google Assistant, already built in. Browse the web and enjoy Sports Alert to keep tabs on hockey or football. Feel the bass, enjoy epic gaming and cinema-like experiences all on a bigger, brighter and crystal-clear screen.
You can bid by calling 780.444.1260 or text 101260 between 2-6 p.m. today as we support The Christmas Bureau.
Editorials
Featured
Oilers Talk
Recent articles from Jason Gregor