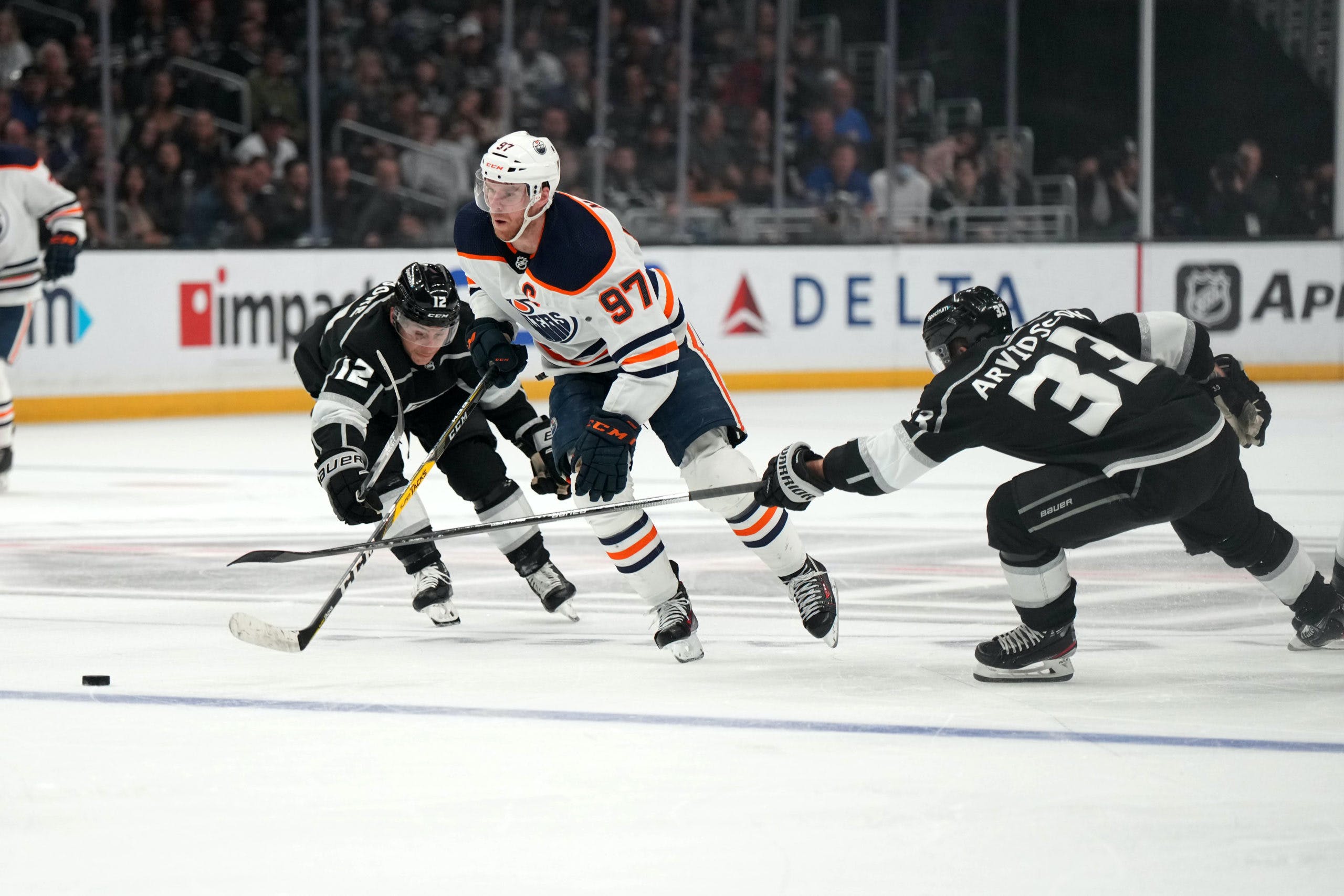 By Jason Gregor
6 months ago
@Connor McDavid has already won two Hart trophies as the league’s most valuable player.
He’s won three Ted Lindsay awards as the NHL’s most outstanding player.
He’s four four Art Ross trophies as the league’s top scorer.
Despite that impressive resume, I think McDavid is going to take his game to another level this postseason.
McDavid has 697 points in 487 regular season games, averaging a ridiculous 1.43 points per game. Only Mike Bossy,  Mario Lemieux and Wayne Gretzky have averaged more. When he’s been on the ice 5×5 he’s outscored teams 470-374. He has dominated opposing teams.
In the playoffs, McDavid has 22 points in 21 playoff games, including four in four games last season v. the Jets. And he’s outscored teams 18-17 at 5×5. For most players, averaging 1.05 P/GP and carrying a 51.4GF% would be very good, but McDavid isn’t a regular NHL player. He’s a superstar, and I believe he will have a breakout playoffs this season.
I realize it sounds odd to mention McDavid and “breakout” in the same sentence, but he is coming off a career-high 123 points. And it wasn’t just his point totals that were the best.
He posted a career-high 56.7CF%, 56.3FF%, 56.9SF%, 59xGF%, 54.8SCF and 63.9HDGF%. And he posted all those numbers while having the lowest on-ice shooting% of his career at 8.30 and lowest personal SH% of 10.63.
McDavid had an outstanding season, and I expect him to carry that into the playoffs. He is highly motivated, but he’s also more mature and he’s learned from his three previous playoff appearances on how the game changes in the playoffs.
It is difficult not to get mesmerized by McDavid’s offensive brilliance. His ability to make plays with the puck at such high speeds is something we’ve never seen before, but if you watch closer, he’s really improved away from the puck. He was never bad defensively, but he improved his 200-foot game this season as the aforementioned numbers suggest. And I expect him to take that into this series v. the Kings.
McDavid is also more mature. The loss to Winnipeg really stung him and the Oilers’ core group. They feel they wasted an opportunity and I don’t expect a repeat this year. McDavid’s regular season has shown growth in his overall game, and when you combine that with his desire to dominate in the playoffs and be considered among the greats of the greats, you should prepare yourself for McDavid taking his post-season play to another level.

Kane – McDavid – Puljujarvi
Hyman – Draisaitl – Yamamoto
Foegele – RNH – Ryan
McLeod – Kassian
Nurse– Ceci
Keith – Bouchard
Kulak – Barrie
Russell
Smith
The lineup isn’t confirmed, but I’d be surprise if Darnell Nurse doesn’t play. He took part in every drill in practice yesterday and was on ice again today for the brief morning skate paired with Cody Ceci. He gave another “We’ll see,” when asked if he will play, which is typical for NHL playoffs — the secrecy gets amped up. Although, I do wonder if in the future the NHL will need to be more transparent about which players are playing in games. If they want to maximize gambling revenue, it will be a must.
Evan Bouchard will make his playoff debut tonight. He is obviously excited, and he feels being paired with Duncan Keith has really helped him the past few months. “He helps you out in many ways. He has seen it all and if I listen to him (his advice) I should be fine,” Bouchard said. Keith is playing in his 136th playoff game tonight. 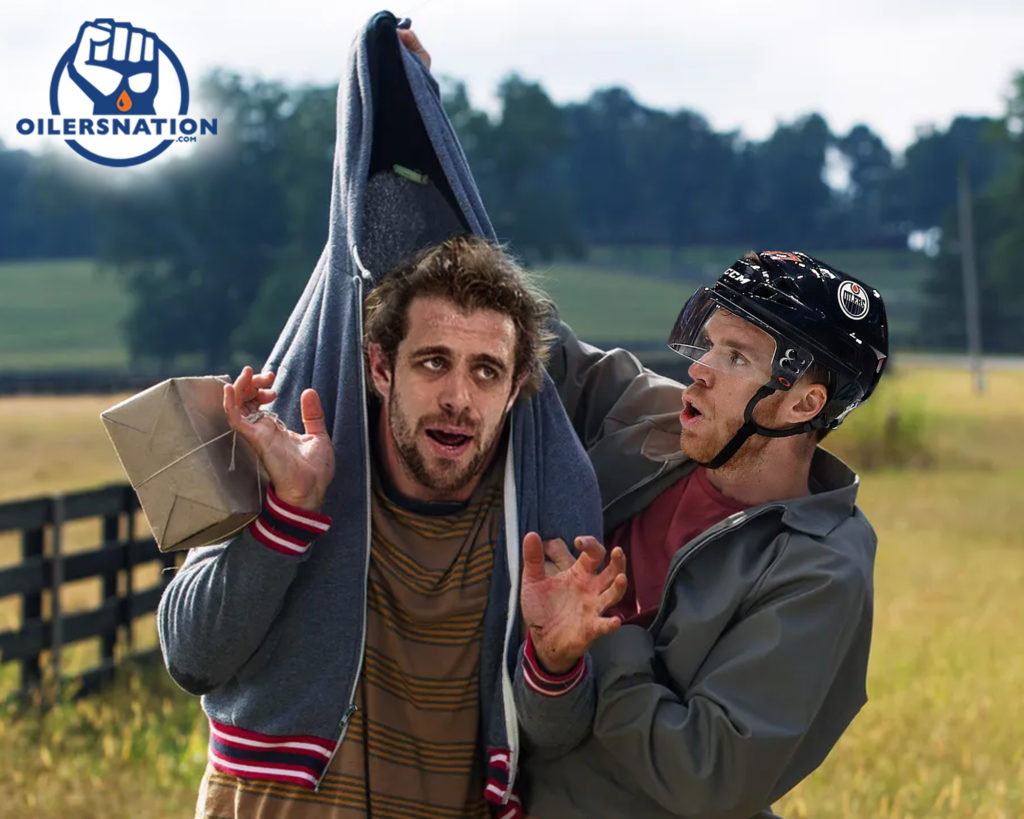