By Jason Gregor
1 year ago
Mikko Koskinen is 1-0 this season, but tonight is his first start of the season. He replaced the injured Mike Smith with 27 minutes remaining with the Oilers trailing 4-3. Edmonton scored three times to win 6-5 and Koskinen got the win. This is an important year for the big Finn. He wants to play well and help the team win, but he is also an unrestricted free agent and he wants another multi-year contract.
His three seasons with the Oilers have been up and down. When he isn’t asked to play too frequently he is a solid goalie, but asking him to start 12 of 13 games or 25 of 28 like he did down the stretch in 2019 leads to poor results. Koskinen is a solid NHL goalie. He isn’t a starter, but in 2020 when he started 48% of the Oilers 71 games he was solid, posting a .917Sv% and 2.75 GAA. He will never live up to the contract the Oilers gave him, but I never blame a player when an organization overpays him. I simply evaluate Koskinen for what he does on the ice. I see him as a capable backup, who could be solid up to 35-40 starts a season.
Koskinen arrived at camp this year in a much better frame of mind that last season. Mainly because his wife and kids were able to accompany him to Edmonton.
“I wasn’t the only guy who was here by myself (last season), and it’s not an excuse, but we’re humans,” Koskinen said early this year when asked about his early season struggles.
“It makes my life so much easier (having his young kids and wife with him). When you go home they don’t care if you win or lose. You still have to do your best as a dad, and that’s the most important job I have, being a dad, and last year, most of the (time) I couldn’t do that because I was away, but that’s how life goes sometimes,” Koskinen said.
As he said, he wasn’t the only one without his family, but as a father I couldn’t imagine not seeing my wife and kids for three months. It would weigh on you. Then you combine that with no preseason games and Koskinen spending two weeks in quarantine prior to training camp started. He was playing catchup and it showed on ice. But, the harshness of pro sports is that you need to perform if you want to stay in the league.
And Koskinen spent this off-season looking to improve his overall play.
“It’s tough to explain but I researched what other goalies were doing in the league and tried to learn from them,” Koskinen said earlier this month. “You never stop learning. The standards are going higher and higher, and you have to adapt. If I played the same way as I did 10 years ago, I would already be gone.”
He played well in relief on Tuesday, and tonight he will look to continue that. Koskinen plays best when he limits his movement and doesn’t open up holes. But he admitted at times he was his own worst enemy. “Maybe even more the mental stuff than the technical stuff,” he said. If a goal goes in that he doesn’t like he needs to let it go. He mentioned he worked on being more focused and to not focus on things out of his control. Once a goal goes in you can’t change it. A short memory is a great asset for any goalie.
Tonight is another opportunity for Koskinen to show he is a capable and reliable goalie and remain in the minds of GMs for the upcoming off-season.

Hyman– McDavid – Puljujarvi
RNH – Draisaitl – Yamamoto
Foegele – Ryan – Kassian
Perlini – Shore – Turris
Nurse – Barrie
Keith – Ceci
Koekkoek – Bouchard
Koskinen
Kailer Yamamoto and Tyson Barrie were bumped down the lineup last game. They will start in their normal spots tonight, but they need to perform better if they want to remain there. Kris Russell is skating and practicing, but .
As we mentioned earlier this season, don’t be surprised to see Dave Tippett split up McDavid and Draisaitl on the road. He is doing that tonight.

Crouse – Schmaltz – Keller
Ladd – Larsson – Dzingel
Eriksson – Boyd – Kessel
Fischer – Beagle – Jaskin
Chychrun – Stralman
Gostisbehere – Soderstrom
Lyubushkin – Timmins
Vejmelka
The Coyotes have only scored seven goals and allowed 16 in three games. It has not been a good start for the Desert Dogs. Their top D-men — Chychrun (0-6) and Stralman (1-6) — are getting crushed in GF-GA. Meanwhile, Gostisbehere and Soderstrom have 40.8SF% and 42.8SF% and 45.2xGF% and 43.9xGF% respectively.
The Timmons/Lyubushkin pairing has decent numbers considering the Coyotes have been outscored 11-5 at 5×5. The Coyotes were built to have a high draft pick and so far the on-ice results mirror that.

Ken Holland joined an exclusive club after the Oilers win over Anaheim. He’s won 1000 games and could catch Harry Sinden in a few more years. 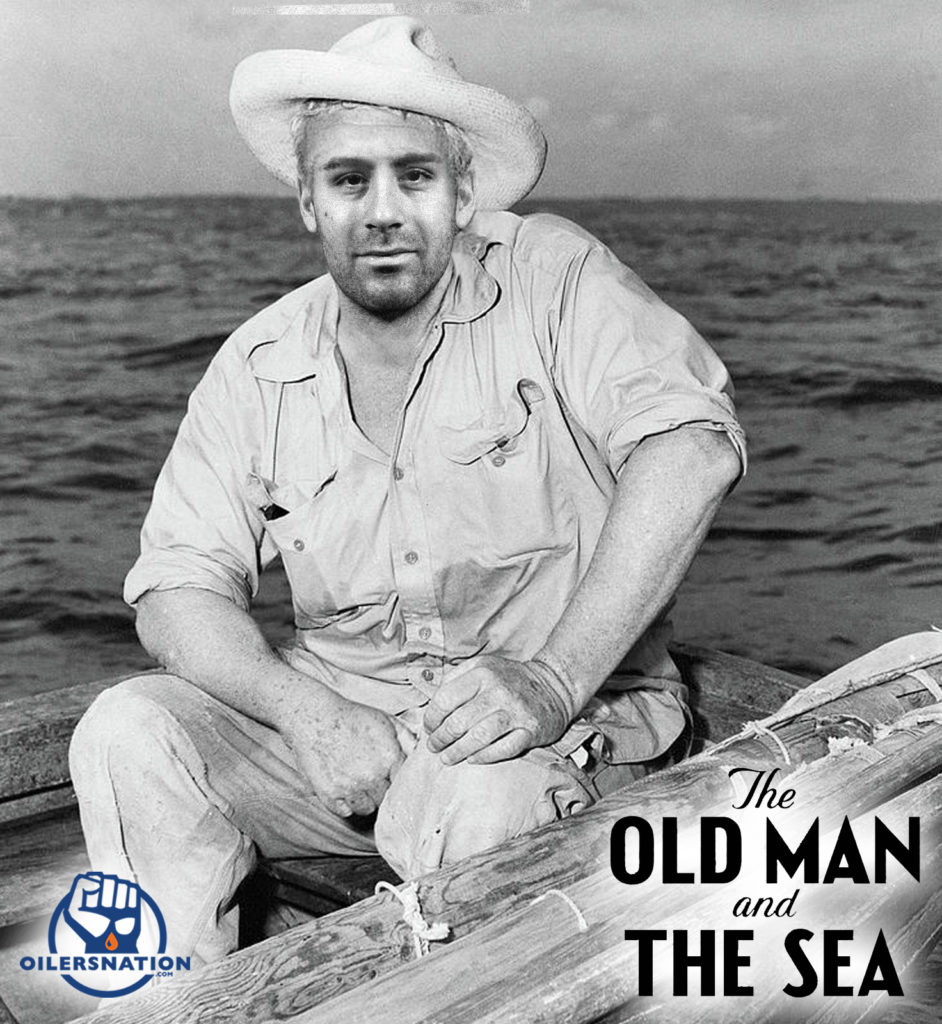