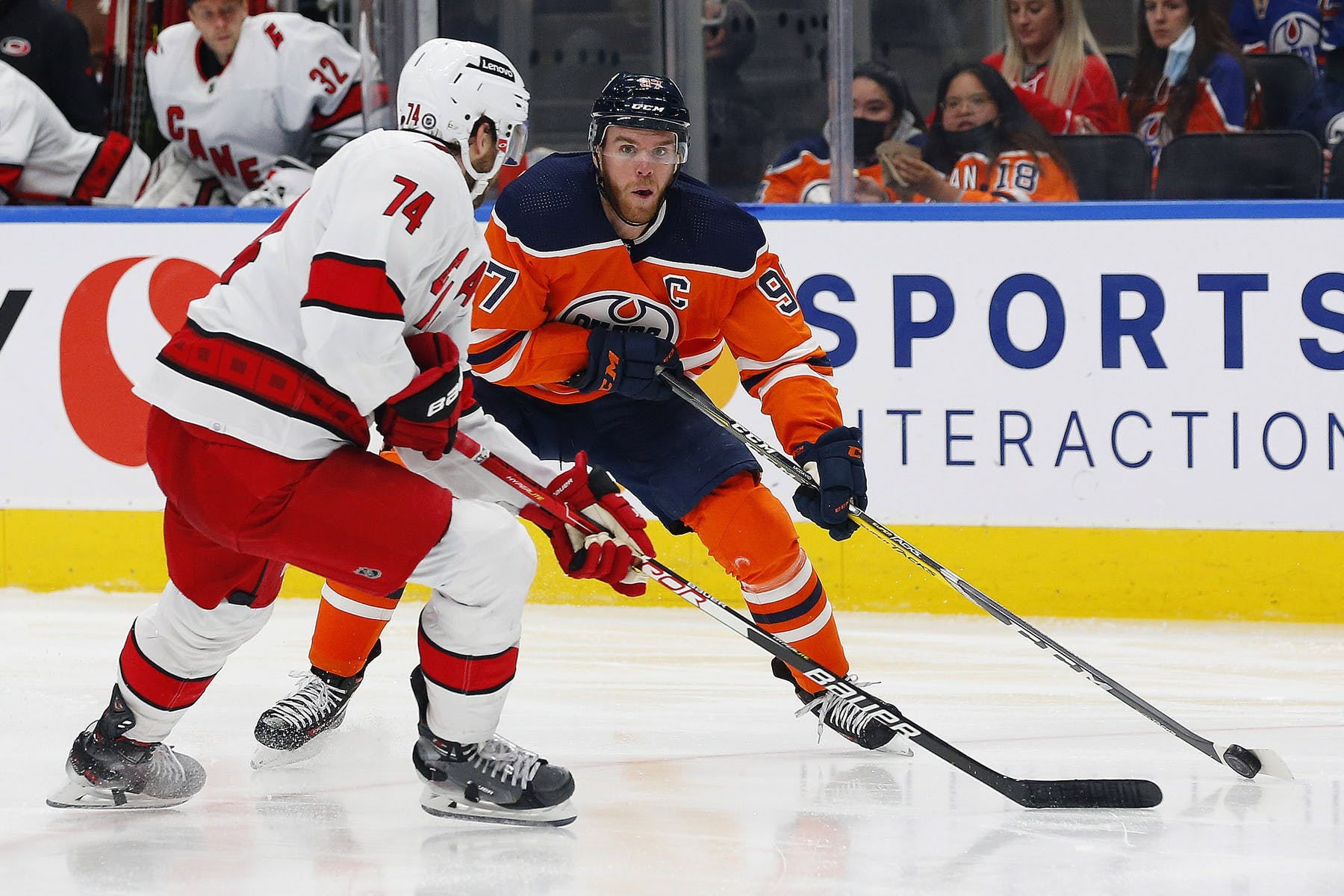 By baggedmilk
11 months ago
Back-to-back matinees? Both before noon? Let’s get it.
If you’ve ever listened to Oilersnation Radio and heard us talk about the Hurricanes, you’ll know that our boy Rick holds a hatred for this hockey team that he’ll carry with him to his grave. He absolutely hates the Hurricanes and I respect it. Even though 2006 was 16 years ago, the Cup finals loss to the Hurricanes left a darkness in Rick’s heart that is comparable only to the deepest corners of hell, and even with the passage of time, he still won’t let it go because that’s how much he cares. It’s the kind grudge that can only be spawned from true heartbreak, and the only way to fill that hole (albeit temporarily) is to band-aid the wound with two big points. No, a regulation win won’t ever be enough to repair the kind of damage we’re talking about, but on Ryan Smyth day, it can certainly help to numb the pain.
If we’re going to turn yesterday’s win into a mini streak, the Oilers will not only need to find a way to get their energy levels up from where they were against the Panthers, but they will also need to tighten up their defensive details as well. Even though they stole that game, the boys were way too loose with the puck in all three zones and it allowed their opponent to turn things around and generate a bunch of quality chances off the rush. Thankfully, Mikko Koskinen put in his best performance of the season and was able to cover up most of those mistakes, but there’s no doubt that the team needs a better plan against the Hurricanes with ol’ what’s his name likely to be back between the pipes. I mean, I’d love to be wrong and have Schmitty get back to where he was a year ago, but with the way things have gone lately, I know I’m not the only one that’s having major doubts. Either way, if the Oilers are going to get two points out of this hockey game then they’re going to need a much better effort all around.
Let’s see what the numbers say.

Foegele-McDavid-Hyman
Kane-Draisaitl-Sceviour
McLeod-Shore-Ryan
Benson-Perlini
Nurse-Barrie
Lagesson-Ceci
Niemelainen-Bouchard
Broberg
Smith
Seeing as we’re on the second half of a back-to-back set, I knew that we weren’t going to get line combos announced before the pre-game skate so I took a swing at what Woodcroft may look at doing with Ryan Nugent-Hopkins out.
UPDATE: No Nuge, no Yamo, and Smith gets the start.

Svechnikov – Aho – Teravainen
Jarvis – Trocheck – Necas
Niederreiter – Staal – Fast
Lorentz – Kotkaniemi – Martinook
Slavin – Pesce
Skjei – Chatfield
Cole – Bear
Andersen
To put it simply, the Hurricanes are a very good hockey team, and having them as the second half of a back-to-back set is like a swift kick to the shin because they’re not going to give us any time to get settled. If you have a slow start, you’re going to have a bad time. Even though I know we were very lucky to cash in a win against the Panthers, I don’t think that rope-a-doping your way through 60 minutes and leaning heavily on your goaltender is the ticket to success, ya know?

Sometimes you win a hockey game.
Sometimes you absolutely suck all life out of your opponent.
The latter is what the Canes did Friday night against Columbus, as Carolina was locked in for a full 60 minutes in a fantastic win.
Some numbers:
It was a comprehensive, overwhelming beat down for the Hurricanes, who did pretty much everything right.
The 5-on-5 play was spectacular, a 65.56 CF% and 59.57 SCF% during even-strength play (with a 3-0 advantage in goals scored). The power play, while just 1 for 4, moved the puck well and created tons of danger, with 10 scoring chances for and a 93.33 CF% during 6:03 of the man advantage.
And the penalty kill, as it has been all season, was unbelievable. Columbus went 0 for 4 on the power play, mustering just one (!!!) scoring chance over eight (!!!) minutes of the man advantage.
Everything, and I mean everything, was firing on all cylinders for the Canes on Friday. 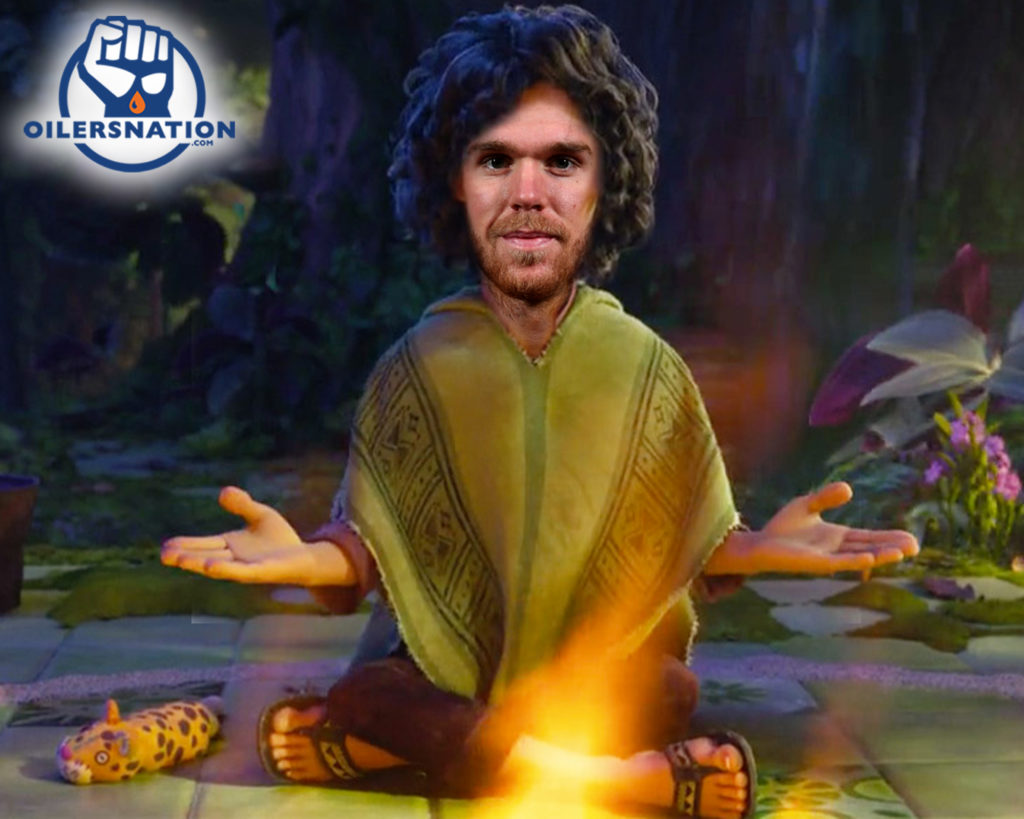 On this week’s podcast, I had Wanye on to talk about why we love the Oilers even though they’ve been so mediocre for years, the history of Oilersnation, hip hop, and more. Subscribe on Spotify, Apple Podcasts, Google Podcasts,
Gameday Previews
News
Recent articles from baggedmilk