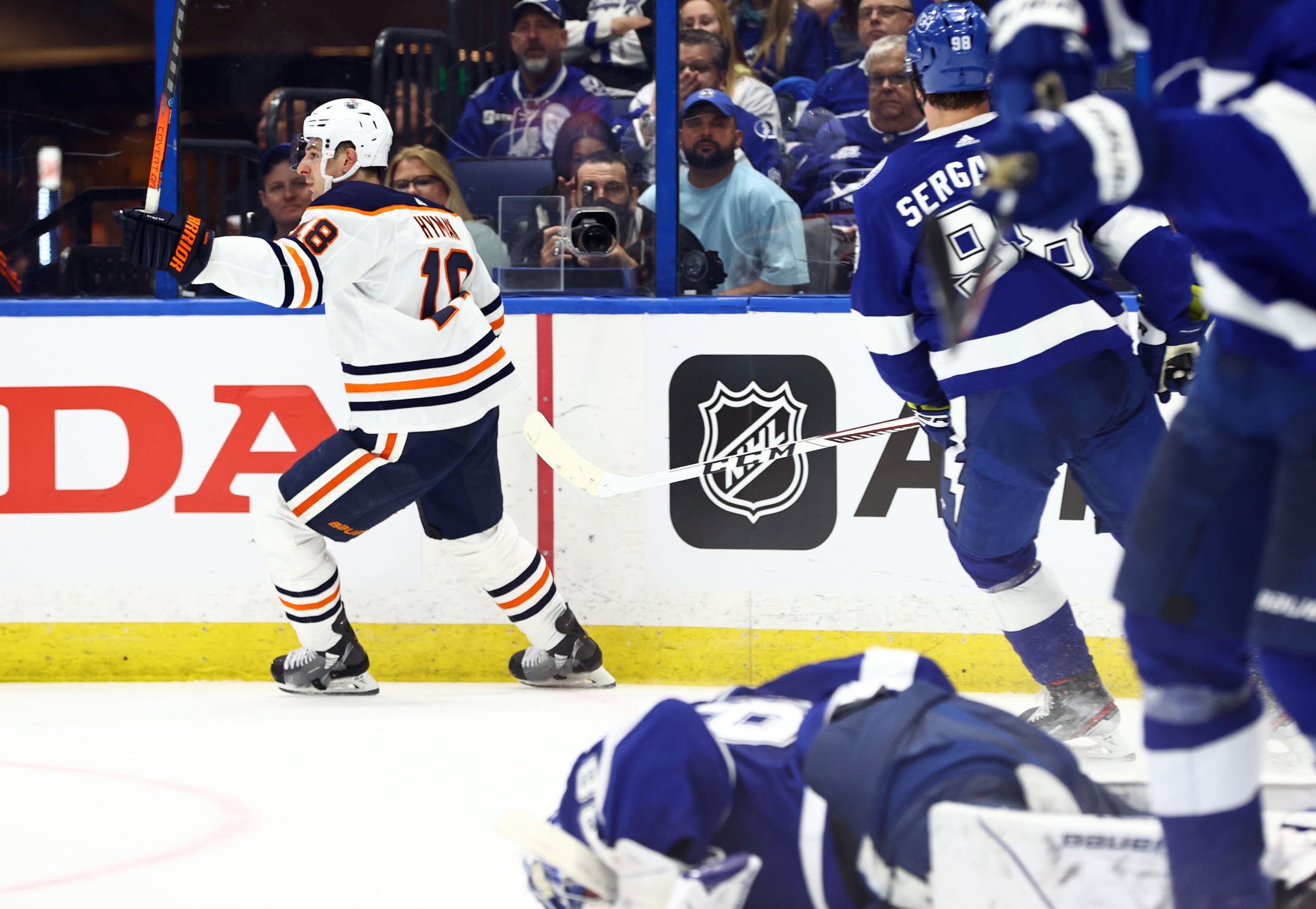 By baggedmilk
8 months ago
There’s nothing quite like a matchup against the Tampa Bay Lightning on Hockey Night in Canada to get the blood pumping, amirite? You either step up or you get embarrassed, which is it going to be?
I don’t know who at the NHL scheduling office has a grudge against the Oilers but these last couple of weeks have been a real slog. Not just because the quality of competition has been high but because the boys have been exposed all over the ice with costly mistakes, in part because of injuries but mostly a result of lacklustre performances. To make matters worse, the Oilers’ special teams have been a disaster, and they’ve completely let the team down more often than not and I’m having a hard time wrapping my head around it. If you’d have told me back in November that this is how the power play would end up, I would have slapped you across the face with the nearest object. How did a PP that was basically a coin flip to start the year devolve into something so dark, ugly, and hurtful? How do we get the magic back?
The good news is that the Oilers played incredibly well on Wednesday night against the Washington Capitals, and had it not been for a strong goaltending performance then it could have really ended up as a blowout. Even though that didn’t happen on the scoreboard, the takeaway is that the boys were pushing the pace and playing a simple game rather than trying to be pretty all the time, which is a fine strategy if I do say so myself. My point here is that the Oilers will need a repeat performance tonight against the Lightning if they’re going to turn one win into two. They’re going to need pucks on net and traffic and greasy goals and contributions from all four lines, but by crumb, I believe they can do it. I believe in my blogging heart of hearts that the Edmonton Oilers can beat the Tampa Bay Lightning if they can be at their best.
When these two teams met up two weeks ago, the Oilers probably played well enough to win had they been able to get a save — honestly, that loss still annoys me when I think about it — but I hope they remember what was working for them against the defending champs. The thing about the Lightning is that they’re going to create chances for themselves without any help from anyone, and that’s why the Oilers need to dumb down their approach a little bit and play a simple game. Fire pucks on net, crash the crease, create some chaos. If you remember the last meeting, Edmonton came out firing and hitting and skating and if that’s not a game plan to believe in then you might possibly be dead inside, but the point is that the simplicity of their games was effective, and rather than trying to force plays the Oilers took what was available to them.
Let’s see what the numbers say.

Kane – McDavid – Yamamoto
McLeod – Draisaitl – Hyman
Foegele – Shore – Ryan
Archibald – Malone – Kassian
Nurse – Ceci
Keith – Bouchard
Broberg – Barrie
Koskinen
I thought the Oilers played one of their best home games of the season on Wednesday night against the Capitals, and it was the kind of win that should set the bar for where the effort levels need to be every time they hit the ice. If we want our boys to snap up two points against the defending champs then they’ll need that same level of grind and execution, and I very much hope beating the Caps as they did will help to show them the way.

Palat – Point – Kucherov
Killorn- Cirelli – Stamkos
Maroon – Bellemare – Perry
Joseph – Colton
Hedman – Rutta
McDonagh – Cernak
Sergachev – Bogosian
Cal Foote
Elliott
I don’t have to tell anyone reading this that the Lightning are a very good hockey team and if the Oilers can’t get themselves fired up for the challenge then we may all be in for a long night.

The current trip to Western Canada isn’t going very well for the Tampa Bay Lightning, but frankly, no one expected this to be an easy trip. The Bolts stumbled against the Winnipeg Jets and the Calgary Flames, losing two consecutive games in regulation for the first time this season. However, suffering their first back-to-back regulation losses after 57 games into the regular season is still a record-breaking achievement.
The players and the coaching staff have shown their concerns about the Lightning’s current performance. They improved in the previous game, compared to the game against the Jets, but it wasn’t enough — once again their slow start put them in danger, while poor puck management and lack of execution led them to an unsatisfying result. The power play wasn’t working either and has remained silent during this road trip, despite having eight opportunities. The coaching staff also tried to return to their old tactic of bringing in an extra defenceman, instead of 12th forward.
The Edmonton Oilers, the Lightning’s tonight’s opponent, aren’t having their best stretch of the season either. They’ve won their previous game against the Washington Capitals but lost three games in a row prior to this. Both teams had a chance to learn about their opponents not that long ago, as they’ve met in a game at Amalie Arena on February 23. The Lightning won that game, but that game was close as Oilers put them under a lot of pressure. 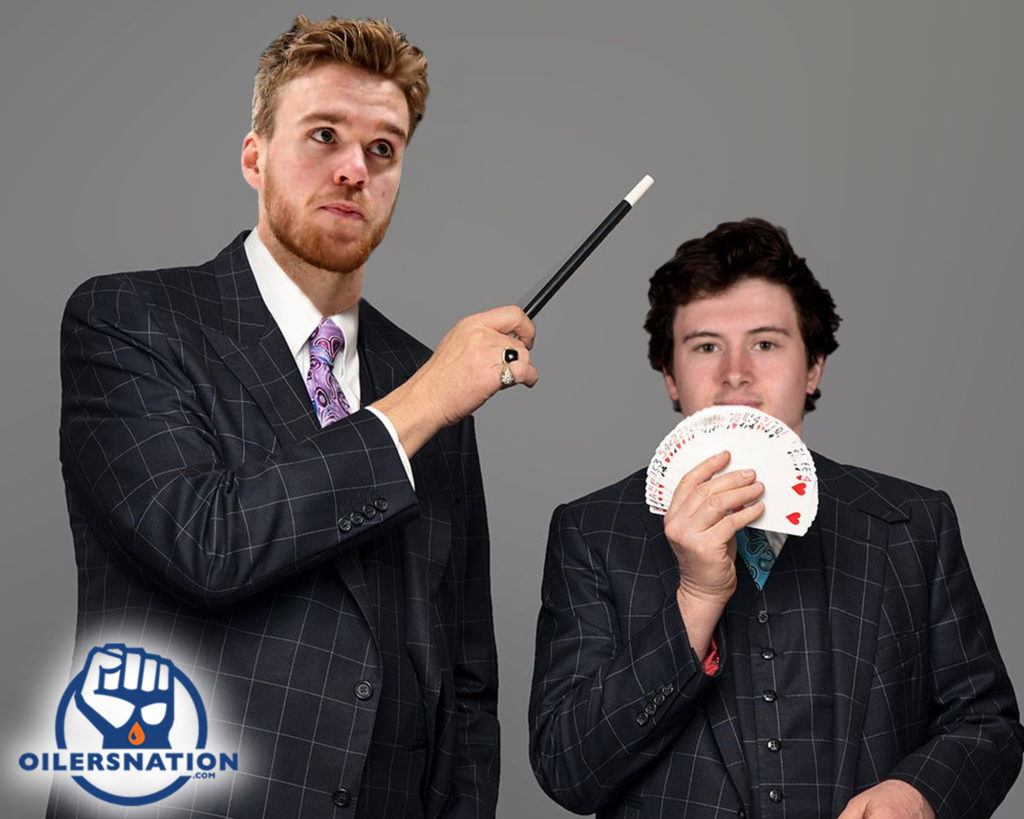