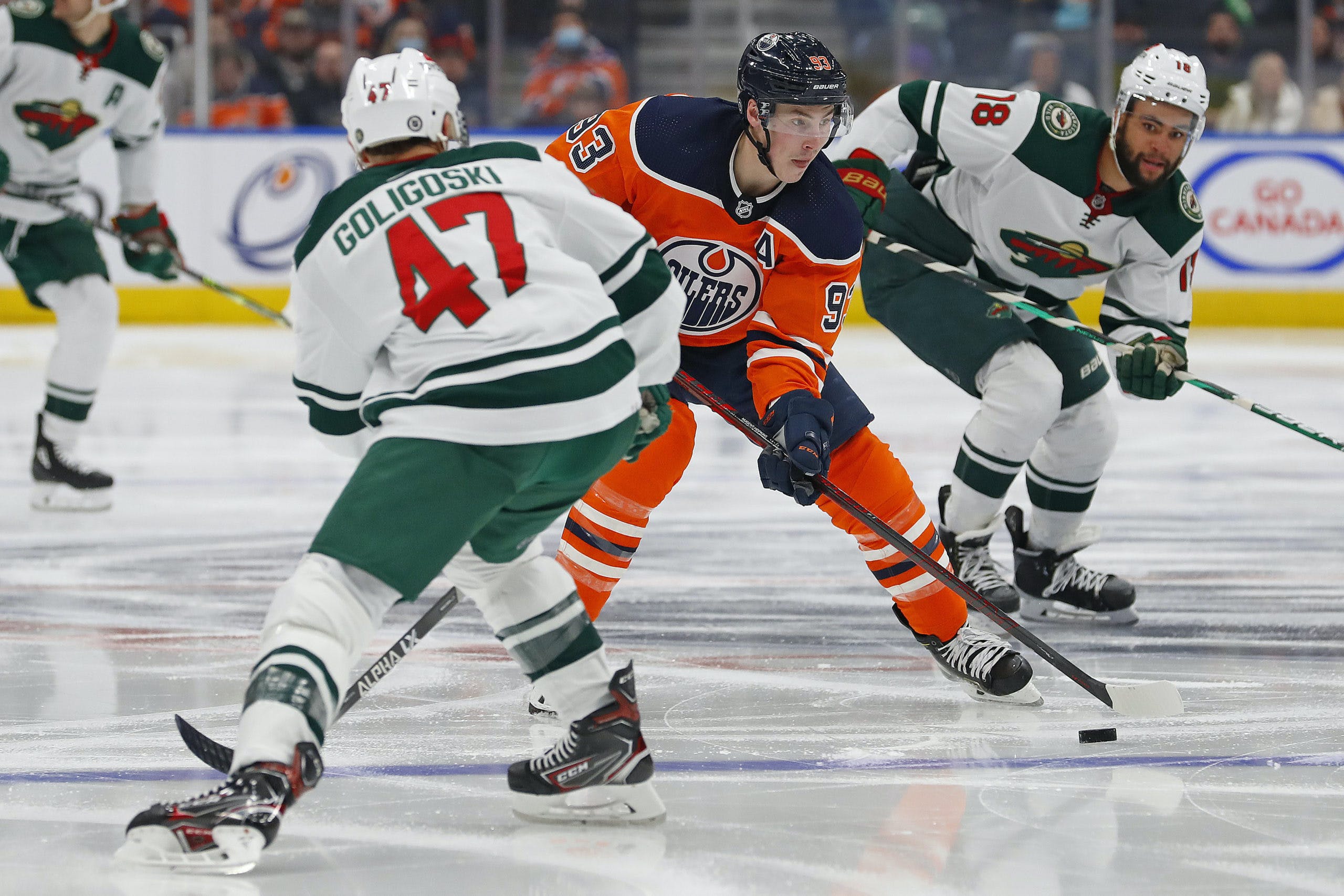 By baggedmilk
7 months ago
We’ve got a massive week of games coming up, dearest Internet friends, and it kicks off with a big one tonight in Minnesota as the boys look to get on the board in the season series against the Wild.
With only nine games left on the season, the pressure to pick up points seems to be rising exponentially and that’s given us a real look at what the Oilers are made of as they work to navigate these challenges. On Saturday night, the boys played a whale of a game against the Colorado Avalanche, and even though they probably deserved a better outcome, it was the exact kind of effort that will push them into the post-season if they can keep it rolling. And seeing as the bulk of the schedule that remains will be played against some pretty tough teams, giving anything less than a balls-out, 60-minute effort isn’t going to fly and that makes tonight’s game against the Wild another sizeable challenge. So far this season, the Wild have owned the Oilers and that’s an obvious problem that I’d like to see rectified, but if the boys can bring the heat as they did against the Avs then I have no concerns that they’ll be right there in the end. I’m not saying it’s going to be easy or anything, but I truly feel like round three of this season series is going to be different than the first two.
In those first two games, the Wild have outscored the Oilers by an 11-4 margin which is obviously annoying but I think it’s important to acknowledge that the Woodcroft era had just gotten started when these clubs last met. Since that last meeting, the Oilers are 14-6-3 and have basically looked like a different hockey team, and I’m hopeful that improved play can get the job done. Not only are the points massively important — Gord knows we need to put some space between ourselves and the Kings/Vegas — but you have to think that the boys will also be extremely motivated to avoid a series sweep. To make that happen, the Oilers will need to figure out a way to solve a Minnesota team that has been very good at home. With a 25-7-2 record at the Xcel Energy Center, the Wild have been extremely cheap with allowing visiting teams any kind of success and the Oilers will need to find a way to crack this code. Not only are the Wild a strong home team but they’ve also won their last five against our beloved boys, and I couldn’t possibly think of a better time to end that streak than right now.
Let’s see what the numbers say.

Kane – McDavid – Puljujarvi
Hyman – Draisaitl – Yamamoto
Foegele – RNH – Ryan
Brassard – McLeod – Kassian
Nurse – Ceci
Keith – Bouchard
Kulak – Barrie
Koskinen
Since I’m posting the GDB so early, the line combos and d-pairings haven’t been announced yet so don’t pay too much attention to what’s listed above. All I’ve got here are the combos from Saturday’s game against the Avalanche and haven’t made any adjustments, but I’ll be sure to jump back in and make the edits when the news comes out. The most interesting decision, for me, will be to see who Woodcroft puts in net as both @Mikko Koskinen and @Mike Smith have both played very well recently, and I’m intrigued to find out which way he’s leaning for the start of this mini road trip.

Kaprizov – Hartman – Zuccarello
Fiala – Gaudreau – Boldy
Greenway – Eriksson-Ek – Foligno
Duhaime – Jost – Bjugstad
Middleton – Spurgeon
Brodin – Kulikov
Goligoski – Benn
Talbot
So far this season, the Wild have more than doubled the Oilers’ offensive output during these head-to-heads and that’s a major problem that needs to get solved in tonight’s third round of the season series. Standing in our way is former friend, Cam Talbot, who will get the start for the Wild and try to lock in the sweep for his club. Frankly, the fact that he’s having success somewhere else is still annoying to me and I’m hopeful that the boys can light him up a little bit to help us all forget what could have been. I mean, no one wants to see their ex with a hotter new beau right?

The big talk around the Minnesota Wild’s success this year has been consistently laced with undertones of their “Window to Win” closing due to the Zach Parise and Ryan Suter buyout cap hits that really come into effect next year.
The Wild face large amounts of “dead money” from the buyouts to the tune of:
While there is no doubt that there are some massive repercussions to having to work around the buyouts, I think the Wild are a far cry from having the window closing. In fact, I would argue instead that the window is opening and that the seasons the Minnesota Wild will be the most dangerous are yet to come.
The Wild have known this is coming and have set themselves up to minimize the damage using excellent drafting, proper player development and atmosphere-building. The approach warrants both players taking pay cuts to stick around, and a little bit of luck.
Wild general manager Bill Guerin has spent a large part of this season acquiring and signing impact players to team-friendly deals that provide cost certainty moving into next year. Jon Merrill, Jordan Greenway, and the recent signing of Alex Goligoski are prime examples of this. 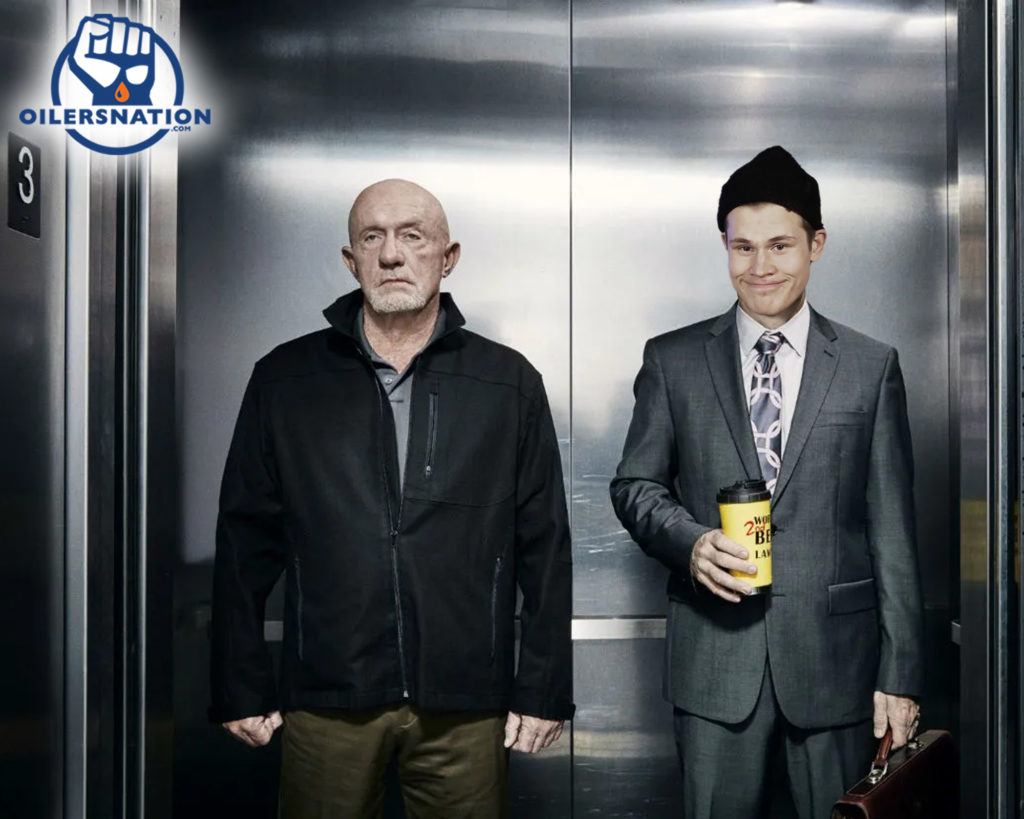