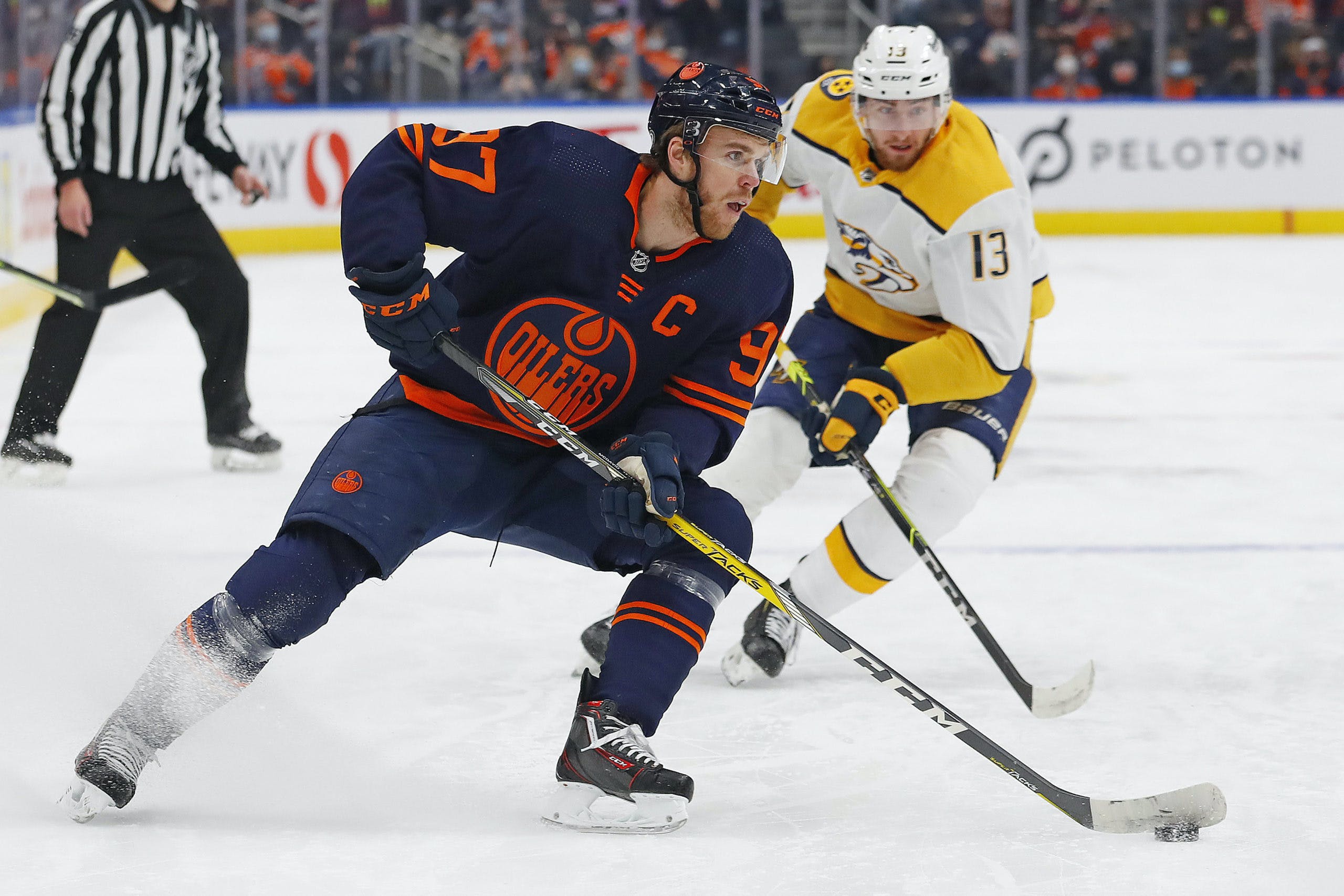 By Jason Gregor
7 months ago
The Nashville Predators are one of the most physical teams in the National Hockey League. They are second in the NHL in hits with 2,146, trailing only Ottawa (2,165), while Boston is third with 1,948. The Predators’ identity is to be physical. They have six players in the top-45 in hits and Tanner Jeannot is second in the NHL with 266. Jeannot isn’t just a crasher and a banger. He leads all NHL rookies with 24 goals.
Jeannot, along with Luke Kunin (209 hits), Mark Borowiecki (165), Colton Scissons and Eeli Tolvanen (165) and Yakov Trenin (162), are all in the top-145 in hits.
The Jeannot-Scissons-Trenin line loves to crash and bang and Jeannot (17) and Trenin (13) are third and fourth on the Preds in 5×5 goals. They don’t just hit, they also score and they’ve outscored the opposition (39-29 for Jeannot, 32-23 for Trenin). And they’ve done so despite having a few low percentage of their stationary shifts starting in the offensive zone. Jeannot has started 18.2% of his shifts in the offensive zone while Trenin has started 17.2%.
The Oilers’ blue liners will need to have their heads up when that line is on the ice. They will need to get back to pucks quickly and then move it fast and accurately. Oilers head coach Jay Woodcroft believes tonight’s game against the Predators will be a good test for the Oilers.
“As we move forward we should expect this type of hockey. It is conditioning us for the type of hockey that gets played in May (playoffs),” said Woodcroft.
He’s bang on. In the playoffs, the games become much more physical. Almost every player finishes their checks in the playoffs, and teams that are comfortable playing with contact often have the most success. Of course they need skill to win, but physicality in playoff games is much more noticeable than in the regular season.
The Predators will be a nice reminder of what playoff hockey feels like.
The Oilers have one skater in the top-60 in hits. @Darnell Nurse is 25th with 185. @Zack Kassian his 67th with 140, but his hits/60 is 15th in the NHL among players who have played 50 games. When he is emotionally engaged in the game he is a much more effective player. @Evander Kane is third on the Oilers with 118 hits and he’s only played 35 games. He’s produced many goals, but his physicality was desperately needed in the Oilers’ top nine.
@Warren Foegele has shown he is comfortable with contact. @Kailer Yamamoto, despite his diminutive size, isn’t afraid to get engaged physically, but his lack of size is a disadvantage at times. Jesse Puljujarvi can handle himself in the corners and in puck battles, and if he ever got mad he could do some damage. @Leon Draisaitl and @Connor McDavid can play any type of game. They aren’t going to run guys over, but neither shies away from contact.
I’m interested to see how the Oilers’ blue liners handle the physical play. Edmonton isn’t blessed with an abundance of size or aggression on the backend. Nurse and @Cody Ceci are used to it. @Duncan Keith has always played with an edge, but he’s in the latter stages of his career. @Brett Kulak, @Tyson Barrie and @Evan Bouchard are the ones who need to thrive in contact for the Oilers to have success in the postseason. Tonight will be a good test to see how they handle it.

Kane – McDavid – Puljujarvi
Hyman – Draisaitl – Yamamoto
Foegele – RNH – Ryan
Brassard – McLeod – Kassian
Nurse – Ceci
Keith – Bouchard
Kulak – Barrie
Smith
Smith gets the start. Woodcroft juggled his lines during the Minnesota game, but he wouldn’t commit to which combinations he will start with tonight (the lines above are a guess, not a lock). He is looking to generate more offence as the Oilers have only scored seven goals in their past four games.
“I do think there are some things we can do better offensively,” said Woodcroft. “There are some individuals who can convert the chances they are getting. I think there are things we can do as a team to be a little bit harder on offence. A little more physical on offence. Getting to harder areas so you aren’t one and done in the offensive zone, you are creating second and third chances. That’s the time of year we are at. We are at the second and third chance part of the year. And in order to have second and third chances, you have to have second and third efforts.”

Forsberg – Johansen – Tomasino
Tolvanen – Granlund – Duchene
Trenin – Scissons – Jeannot
Cousins – Glass – Kunin
Josi – Fabbro
Ekholm – Carrier
Borowiecki – Lauzon
Saros
While the Preds are very physical, that doesn’t mean they don’t have skill. Roman Josi is having an incredible season with 87 points. He is three shy of becoming only the 9th D-man in NHL history to score 90 points. Filip Forsberg and Matt Duchene each have 38 goals. The Preds are 12th in goals/game (3.22) and 11th in goals against/game at 2.85. And they have Jusse Saros in goal. He leads the league with 36 wins and is sixth in Sv% (.922) among starters. Saros makes his 62nd start of the season. 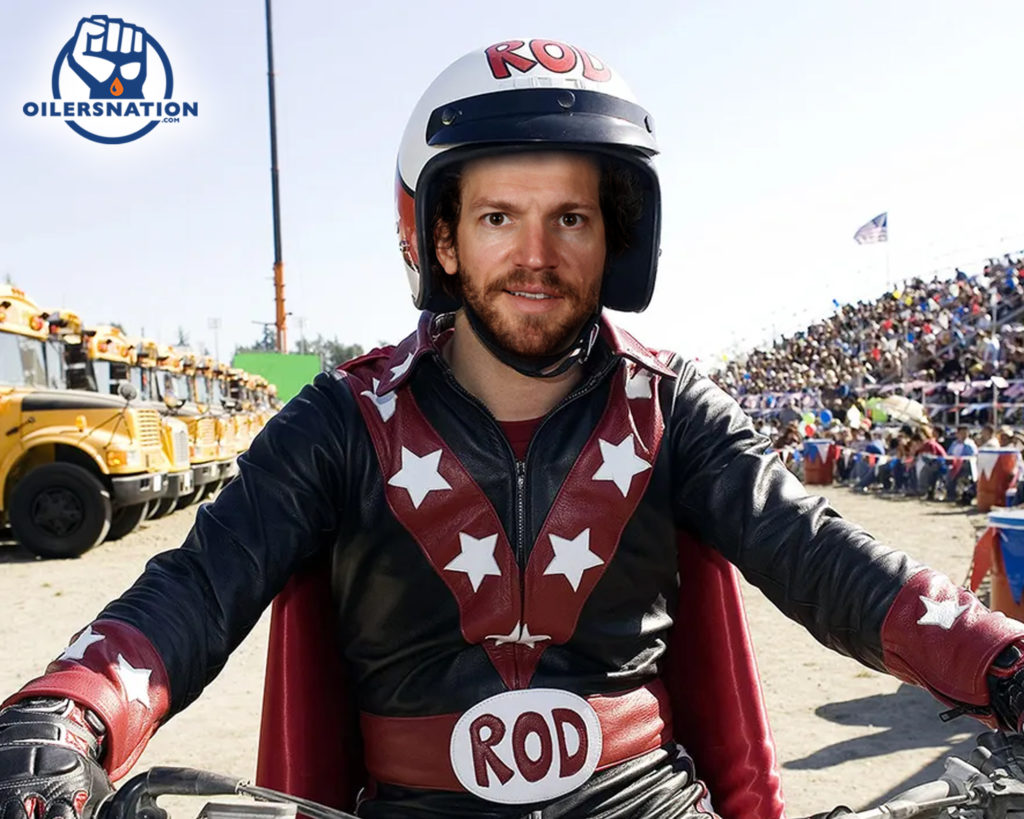