GDB -1.0 Wrap Up: Oilers hand Rittich and the Jets a 4-0 loss to kick off the pre-season 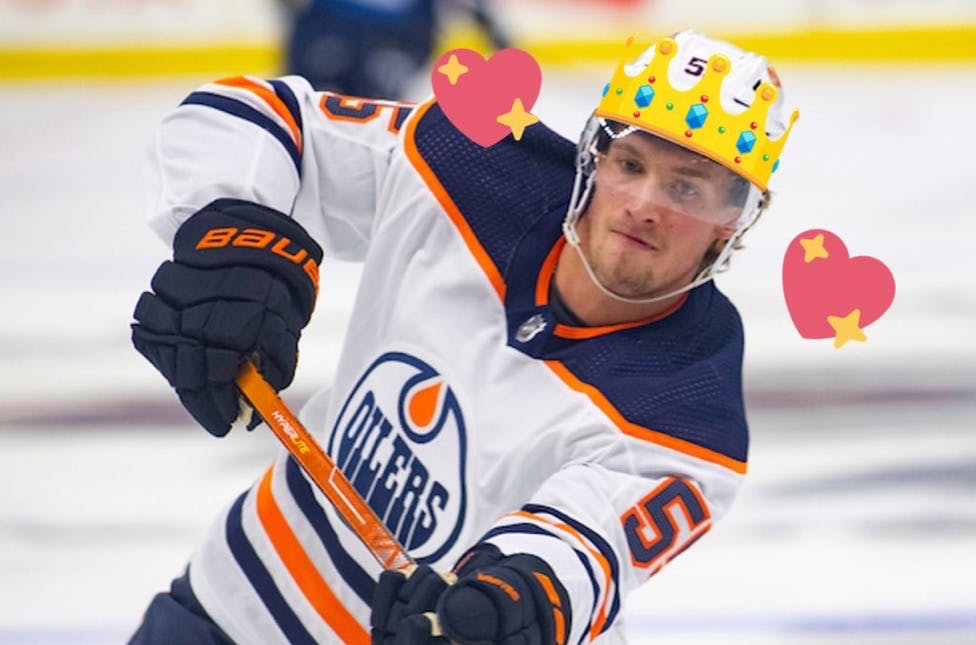 By baggedmilk
4 months ago
I love everything about what happened here. Final Score: 4-0 Oilers
There’s nothing quite like the first pre-season of the year to get the juices flowing again, right? Yeah, we got to watch the Young Stars Tournament last weekend and that was fun to a point, but it’s just not the same as having a smattering of NHL regulars taking a twirl for the first time. Even though I knew we weren’t going to get anything close to our opening day roster, the fact that I was able to watch Holloway, McLeod, and Puljujarvi was enough to keep me excited. Not to mention, I was also getting my first glimpse of the boys back in those beautiful blue and orange jerseys, which anyone that reads this website knows that I’ve been pumped on for weeks. Not only did the boys look good from the second they stepped on the ice, the good vibes continued shortly after the opening faceoff when Markus Niemalainen opened the scoring with a sneaky wrister from the point. Even though I know the score doesn’t matter, how can you not like seeing the Oilers grab an early lead over the Jets?
As the game wore on and I started to care more about specific players as opposed to what was happening on the scoreboard, the thing that stuck out most was that the players I needed/hoped to be noticeable were exactly that. I thought Stuart Skinner looked strong between the pipes, I thought Dylan Holloway was fantastic every time he was on the ice, nobody got hurt, and I thought the team as a whole played with more jump and focus than I probably expected. Overall, this afternoon’s game played out mostly as I expected as both sides traded offensive chances while also battling the rust that comes with not playing in months. That’s not to say that this first tune-up game was sloppy — both sides made plays on either side of the puck — but when you’ve only got a handful of everyday regulars dressed, you know there’s still another level of intensity to get to. Now that we’ve made it through this first game without anyone really looking out of place, I’ll be eager to see how quickly Woodcroft trims down the roster and what his approach will be like once the axe comes out. 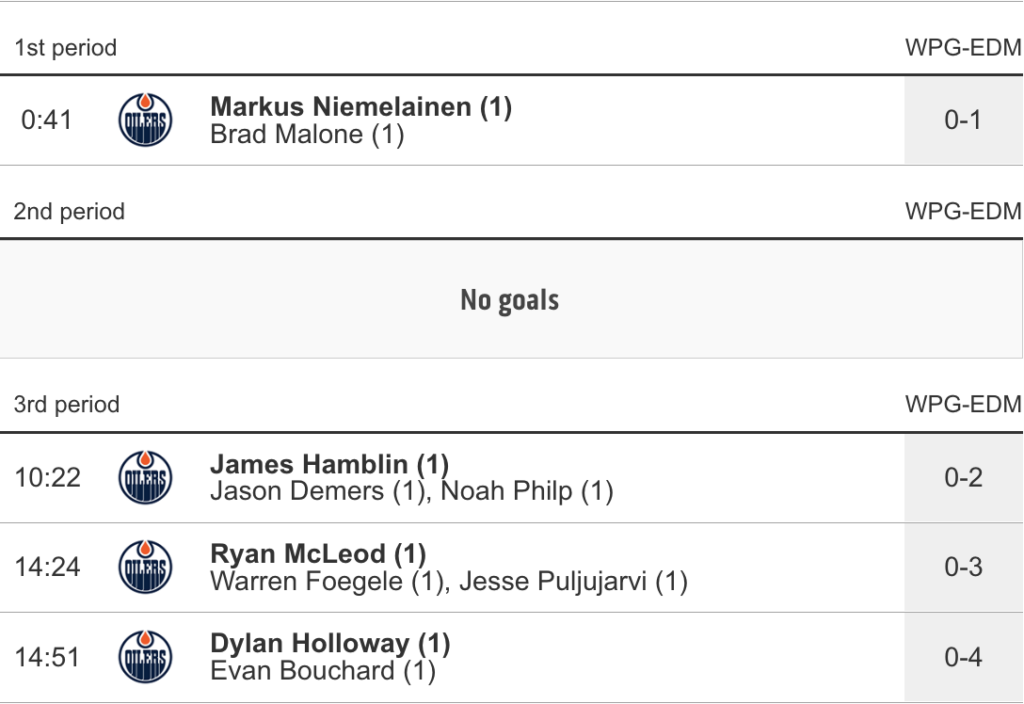 Next up, the Oilers will head to Seattle to take on the Kraken for their first meeting of the season. The game will be at 8:00 PM on Monday and will again be streamed on the Oilers website.