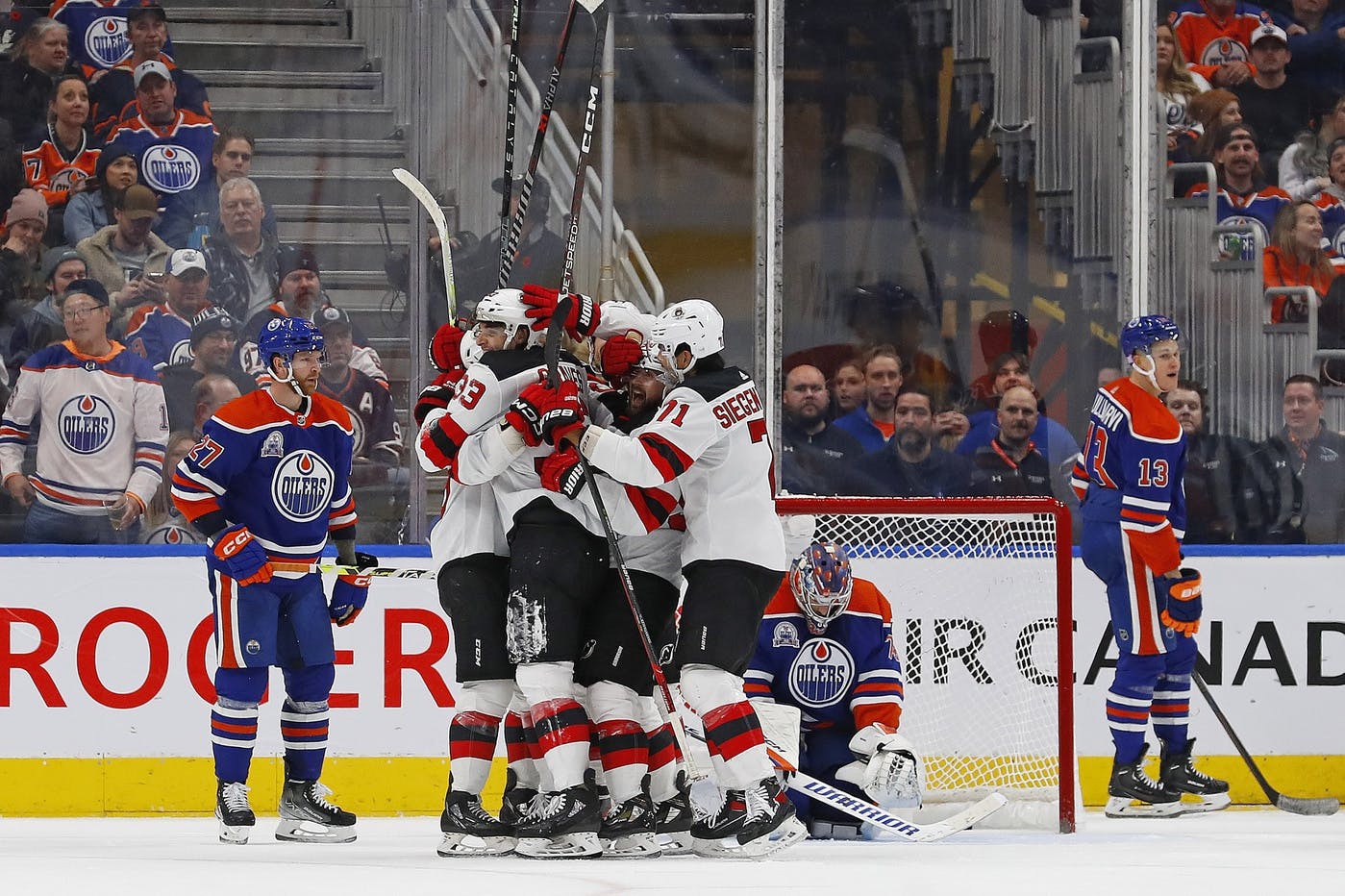 By Cam Lewis
26 days ago
The Edmonton Oilers’ winning streak is over at five games.
They appeared to be making their way to yet another win until the New Jersey Devils stunned them with two goals just seven seconds apart in the third period to tie the game and then take the lead.
This generation’s version of the Devils certainly aren’t anything like the early 2000s play-the-trap Devils. Their attack was relentless and the Oilers did a good job of matching the energy but they ultimately couldn’t stop the Devils from breaking through in the third.
It was a tough loss to swallow but the game itself was wildly entertaining as things were wide open and both teams brought a lot of speed and skill to the table. I’d also say there was more good than bad from the Oilers in that game, so it’s best just to swallow it and move on to the next one. 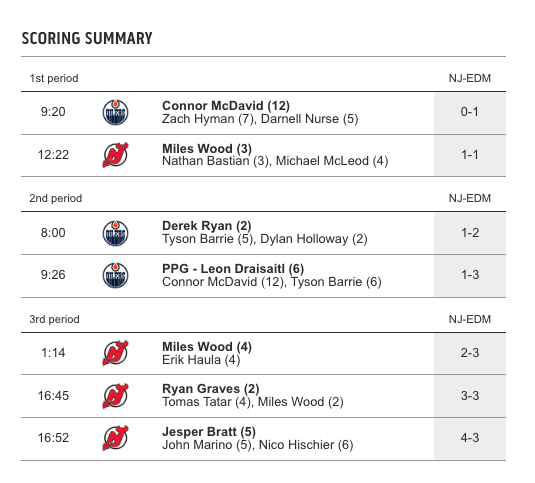 Connor McDavid continued his goal-scoring streak in the first period to give the Oilers an early 1-0 lead. Darnell Nurse made a good play on a New Jersey two-on-one and McDavid and Zach Hyman went the other way on a break of their own. McDavid buried the puck past a diving Mackenzie Blackwood for his 12th in the team’s 11th game.
The Devils answered back a few minutes later. Dylan Holloway turned the puck over at the centre line and the Devils capitalized in transition. Nathan Bastian found Miles Wood in the high slot and wired a shot through Skinner.
The Oilers jumped back out to a 2-1 lead in the second period when the fourth line clicked for a goal. Dylan Holloway picked the puck up along the boards and threw it into the middle for Tyson Barrie and Derek Ryan tipped the puck past Blackwood. It was a nice redemption shift for Holloway after the giveaway in the first.
Blackwood got hurt sliding across his crease while the Oilers had the man advantage so Vitek Vanecek had to come into the game cold and deal with the league’s best power play unit. The Oilers threw the puck around for a little while before Leon Draisaitl wired a shot five-hole on Vanecek. At this point it looked like the Oilers could run away with it.
The story changed as the Devils came out flying in the third period. New Jersey got a faceoff in Edmonton’s zone and Miles Wood again capitalized by sniping a shot past Skinner right off the faceoff.
The Oilers looked like they were chugging their way to a victory as they matched New Jersey’s speed and energy in the third period with a handful of scoring chances on their own. The Devils got some big stops from Vanecek to keep them in the game and they kept pressing.
New Jersey tied things up with just over three minutes on the clock when defenceman Ryan Graves worked the puck into the zone from the blueline and fired a knuckleball at Skinner as he was falling down. It looked like Skinner had the save but the puck just rolled out between his skates. Immediately after that, Jesper Bratt took a pass from John Marino and burst in and sniped a shot past Skinner.