Hey Calgary you’re invited to join us for a BOA 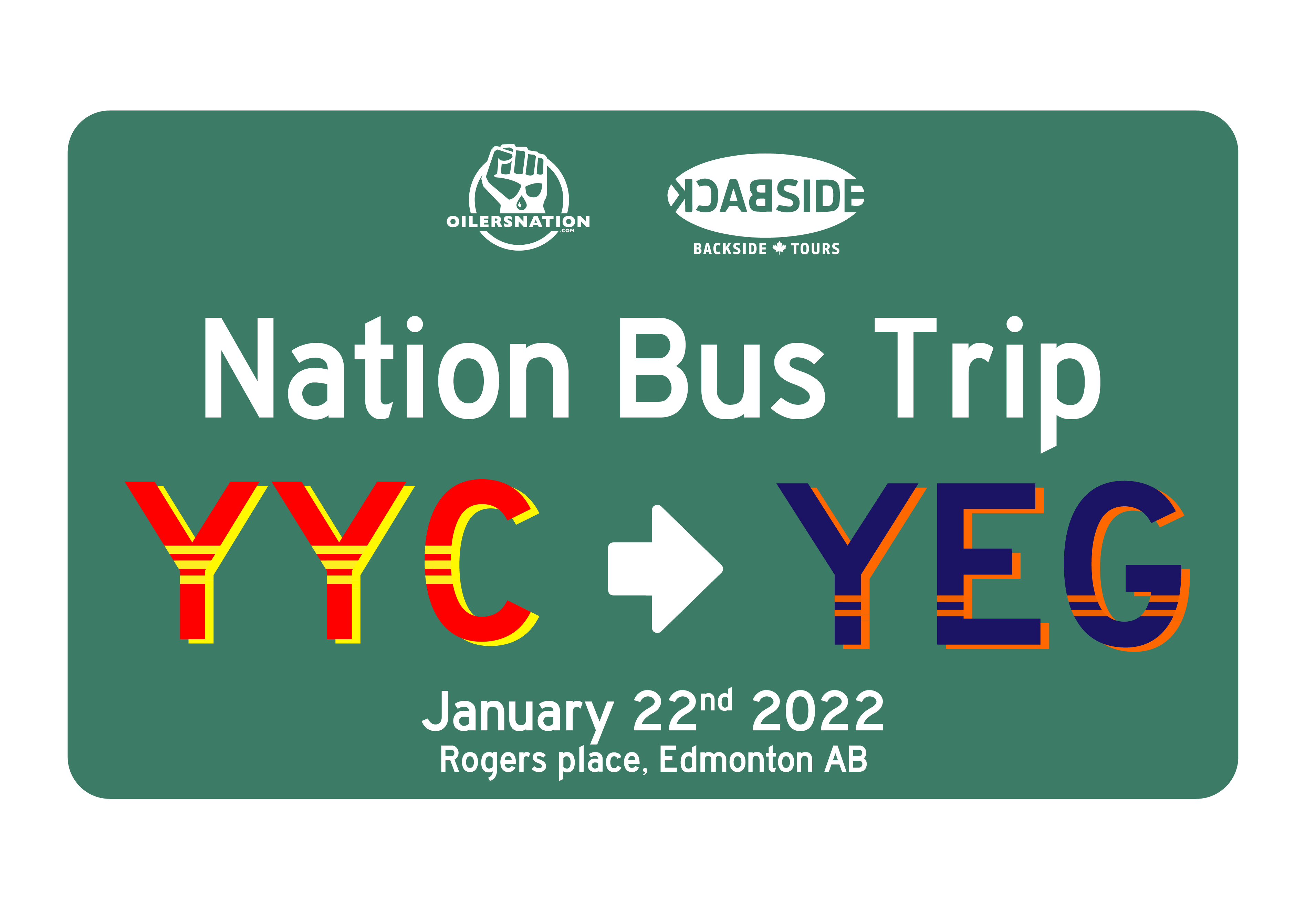 By baggedmilk
1 year ago
If you’ve ever been on any of our bus trips to Calgary for a BOA extravaganza, you already know how much fun those roadies can be and how they’re always filled with playful shenanigans. Well, we’ve decided to do it again but this time we’re bringing a busload of Nation citizens from Calgary to Edmonton for a weekend you won’t soon forget.
I know I’ve said this a million times before and a bunch of you will be tired of hearing it, but one of the absolute best parts about working at the Nation are the trips we put together to take citizens all over the place in the name of a good time and watching our boys play hockey. If you ask anyone that’s come along on any of our adventures, the feedback will likely be that good times were had, brain cells were killed, songs were sung, and enough memories were made that will keep you coming back for more. And since we have so much fun causing a ruckus behind enemy lines, we decided it was time to try the reverse angle and pack a bus full of citizens down in Calgary and bring everyone up here to Edmonton for a game day experience that only the Nation can throw.
Are you excited? You should be excited.
At the end of the day, what I’m saying is that you need to do whatever it takes to get yourself on this trip. Not only will it be exciting to be at the with a section filled with Nation citizens, but these two teams have also developed a fiery hatred for each other over the past few years that’s been so much fun to watch and I promise you that you’ll have a great time from start to finish. Since we trust each other and you know I wouldn’t lie to you, I’m telling you that should use my promise as a reason or an excuse to bail on work, school, life, your Aunt May’s birthday, or whatever else is standing in the way of getting yourself on this bus. I promise that you won’t regret it.

If coming up to Edmonton to watch a BOA isn’t enough to pique your interest, I’m gonna go ahead and drop the details you need to know right here so that you can let them soak into your brain bank or whatever needs to happen to have you come with us.

Give me the details, guy:

What your ticket gets you:

One thing that I have to repeat one last time is that this trip is definitely going to sell out so you need to act quickly if you’re planning on coming. The bus only has room for 50 people and once those spots are gone they’re gone. If you think this trip to Edmonton is something you want to be a part of then I would encourage you to jump on your spot as quickly as possible or you’re going to miss out. Make sense? Of course, it does. See you when you get here.
Oilers Talk
Social Corner
Recent articles from baggedmilk