James Neal is on waivers for the purpose of a buyout 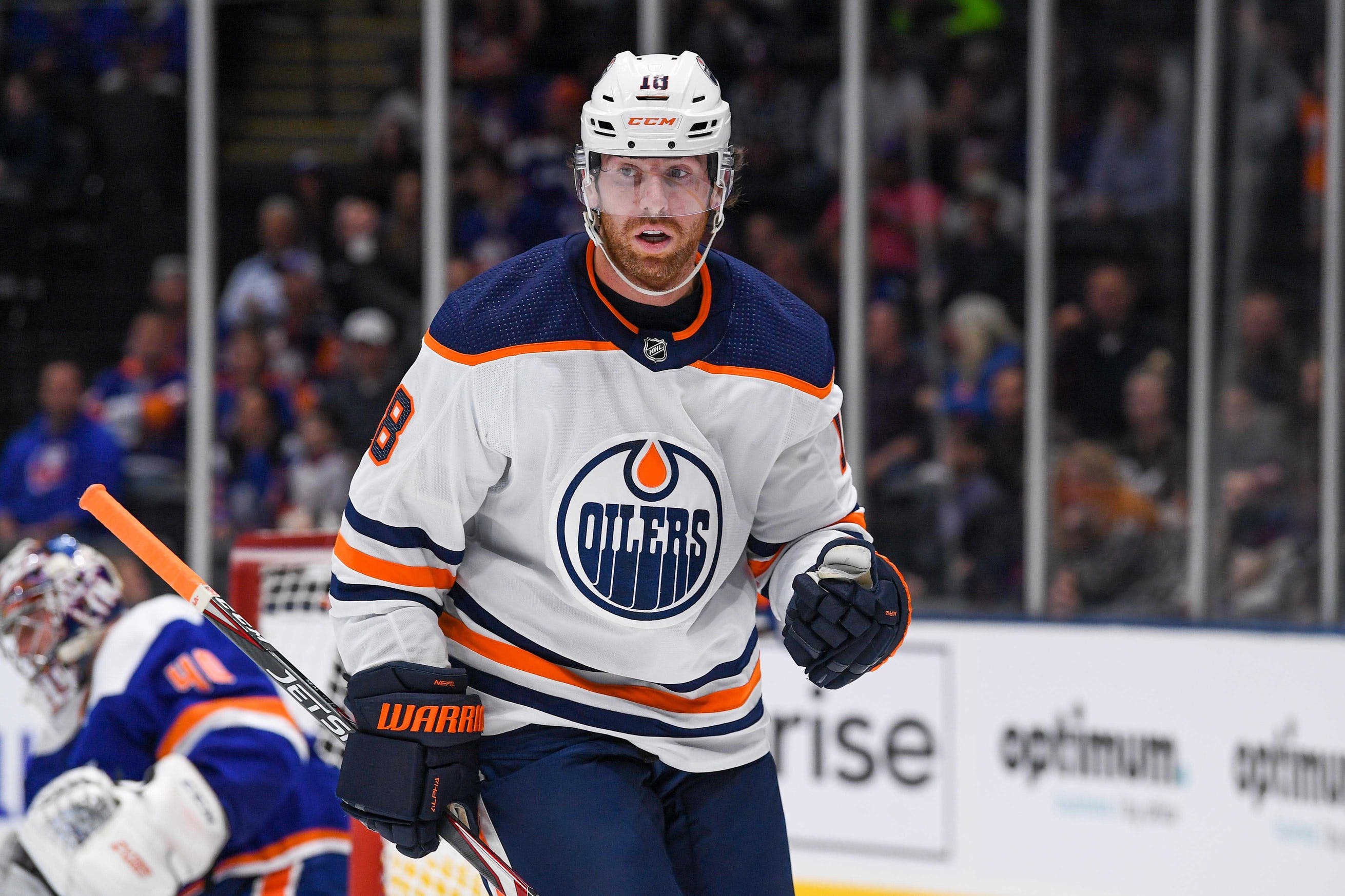 By Cam Lewis
1 year ago
The Edmonton Oilers are planning to buy out the remainder of James Neal’s contract.
While there was some speculation that the Oilers could find a trade partner to take on Neal, that ultimately didn’t come into fruition and he’s now on waivers for the purpose of a buyout.
Neal inked a five-year, $28,750,000 deal with the Calgary Flames after a strong showing during the Vegas Golden Knights’ inaugural season back in 2017-18. After just one season with the Flames in which he scored a career-low seven goals and 19 points over 63 games, Neal was dealt to the Oilers in exchange for @Milan Lucic and a conditional draft pick.
In his first season with Edmonton, Neal busted out of the gates on fire, scoring 14 goals in 28 between October and November, He cooled after that, scoring five goals in 27 games before the season ultimately got shut down due to the COVID-19 pandemic.
In 2021, Neal’s production again cratered, as he scored just five goals and 10 points in 29 games. He cleared through waivers and spent a good chunk of his season either on the Taxi Squad or as a healthy scratch.
Neal had two more years left on his contract at a $5,750,000 cap hit. His buyout will cost the Oilers $1,916,667 for four seasons, representing a savings of $3,833,333 in 2021-22 and 2022-23 and then a hit of $1,916,667 in 2023-24 and 2024-25, the two years after his contract would have expired.
News
Team News
Recent articles from Cam Lewis