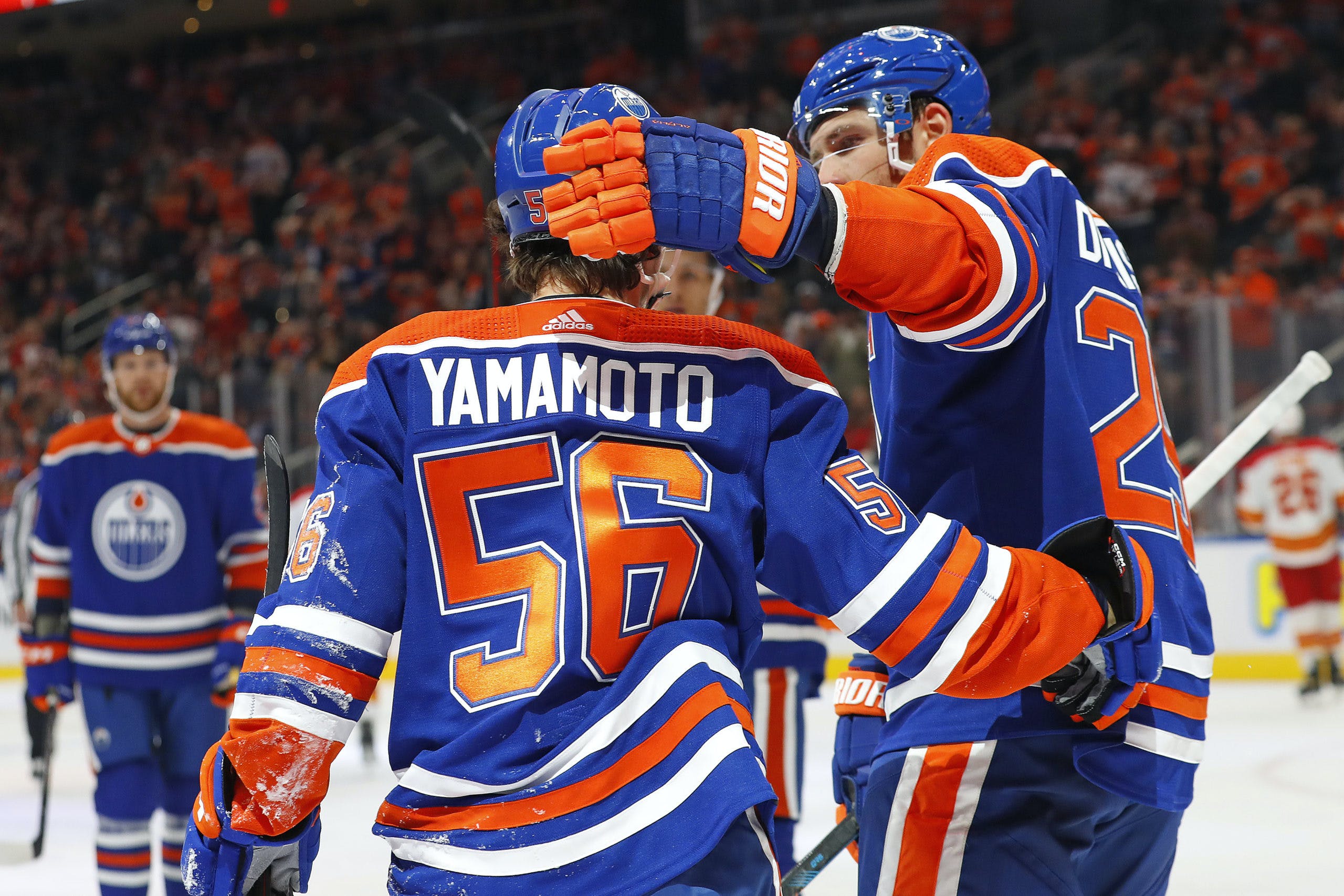 By baggedmilk
1 month ago
Tonight’s matchup against the Washington Capitals marks a milestone for Edmonton Oilers winger, Kailer Yamamoto, as he will finally be suiting up for his 200th NHL game.
After being drafted in the first round of the 2017 NHL Entry Draft (22nd overall), Kailer Yamamoto quickly turned into a player that Oilers fans watched closely after he told then-GM, Peter Chiarelli, that he would “come back to haunt you” if Edmonton didn’t select him. It was the kind of swagger that Oilers fans love in a prospect, and Yamo’s quote had many Oilers fans fired up and falling for the kid before he had even played a game.
Speaking to a group of reporters after the first round of the NHL Entry Draft, Oilers general manager Peter Chiarelli revealed how impressed he was by Yamamoto’s confidence. “Kailer gets after it on the forecheck, and he separates guys from pucks, even with that size,” Chiarelli told reporters at the time. “Kailer can do a lot of things, and he’s a pretty driven kid.”
A buzzsaw with a tenacious ability to retrieve pucks despite his size, Kailer Yamamoto took some time to work his way onto the roster but ultimately landed as a full-time player in the spring of 2020 and wrapped up the season with 26 points (11G, 15A) in only 27 games. While his production hasn’t quite maintained that same level in the three years since making the leap to the NHL, there’s little doubt that Kailer Yamamoto is incredibly effective when he’s on top of his game and he proved it with a 20-goal campaign in 2022-23.
This past summer, Yamamoto signed a two-year contract extension with the Oilers that carries a $3.1 million AAV but has yet to gain much traction in the first season of this new deal.
In the 13 games played before suffering a concussion that kept him out the last few weeks, Yamamoto had only registered three assists and will undoubtedly need to improve upon that now that he’s back. Either way, the Oilers need more players that can chip in offensively and the obvious hope is that Yamamoto can help in that department now that he’s finally healthy enough to get back in the lineup.
In 199 games played with the Oilers since being drafted, Yamamoto has amassed 40 goals and 56 assists for 96 career points.