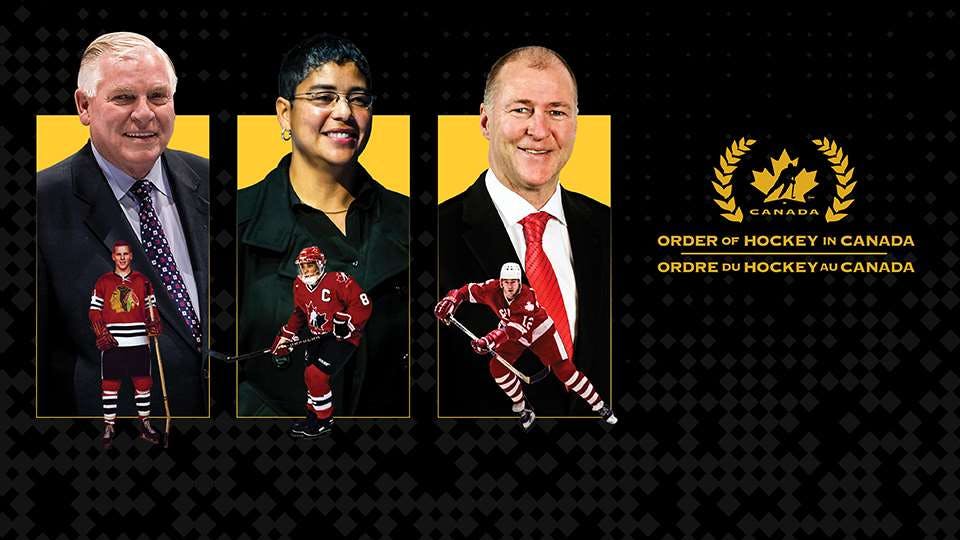 By Zach Laing
1 year ago
Kevin Lowe, Bill Hay, and Angela James have been named to the Order of Hockey in Canada, Hockey Canada announced Friday.
“The 2021 distinguished honourees have made an immeasurable impact on the game, with each of them taking a different path to advancing hockey in Canada and internationally,” said Hockey Canada CEO Tom Renney in a statement. “Bill, Angela and Kevin have all had unique hockey experiences, but are all equally deserving of this honour.
“To be recognized as a Distinguished Honouree of the Order of Hockey in Canada is one of the most prestigious accomplishments an individual within the game can receive. On behalf of my colleagues at Hockey Canada, the Order of Hockey in Canada selection committee and our board of directors, I would like to congratulate Bill, Angela and Kevin on this achievement, and we look forward to celebrating their contributions to the game.”
Lowe, who was named to the Hockey Hall of Fame last year, played in 1,254 games over 19 NHL seasons with the Oilers and New York Rangers. A six-time cup champion, he was a major part of some international success for Hockey Canada.
He won a bronze medal in the 1982 world championships, and a Canada Cup title two years later. On top of that, he was apart of the management team that won gold medals in 2002, 2010 and 2014.
Bill Hay is elected after playing 506 NHL games in Chicago, winning the 1961 Stanley Cup, and after serving as president of Hockey Canada from 1990-95. He was instrumental in the merger of Hockey Canada and the Canadian Amateur Hockey Association, later serving as the chairman of the Hockey Hall of Fame from 1998-2013.
Angela James played for the Canadian National Women’s Team from 1990-1998 scoring 54 points in 50 games winning four world championships (1990, ’92, ’94, ’97).
The Order of Hockey in Canada was established in 2012 and it’s first class featured Jean Beliveau, Cassie-Campbell Pascall, Wayne Gretzky, Gordie Howe and Gordon Renwick.
You can see the full list here.
Zach Laing is the Nation Network’s news director and senior columnist. He can be followed on Twitter at @zjlaing, or reached by email at zach@oilersnation.com.
News
Oilers Talk
Recent articles from Zach Laing