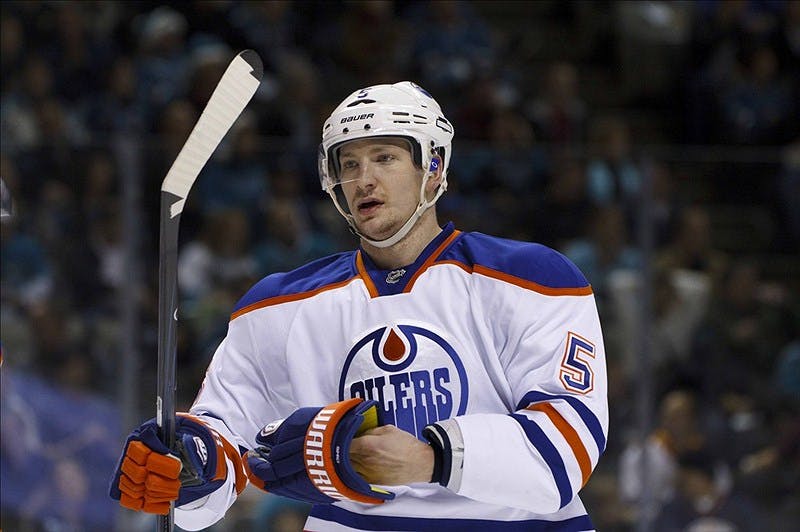 By Cam Lewis
3 months ago
Ladislav Smid is back in the organization.
The Edmonton Oil Kings announced on Monday that Smid will be joining the team as a Development Coach.
Smid was selected by the Mighty Ducks of Anaheim with the No. 9 overall pick in the 2004 NHL Draft. Two years later, he was traded to the Edmonton Oilers as part of the return that the Ducks sent in exchange for Chris Pronger.
In 2006-07, Smid made his NHL debut with the Oilers, scoring 10 points over 77 games while logging 19:14 per game. He would become a mainstay on Edmonton’s blueline for the better part of the next decade, endearing himself as a fan favourite with his physical play.
The Oilers traded Smid to the Calgary Flames in November of 2013 along with goaltending prospect Olivier Roy in exchange for Laurent Brossoit and Roman Horak. At the time, it was just the second trade ever made between the provincial rivals.
Smid struggled with injuries with the Flames and played in just 109 games over parts of four seasons with the team following the trade. After his contract expired in 2017, Smid returned to his native Czechia and joined Bili Tygri Liberec, the club that he played for before coming to North America back in 2005.
All told, Smid played 474 games in the NHL between the Oilers and Flames. Now 36 years old, Smid announced his retirement from playing professional hockey during the summer.
News
Team News
Recent articles from Cam Lewis