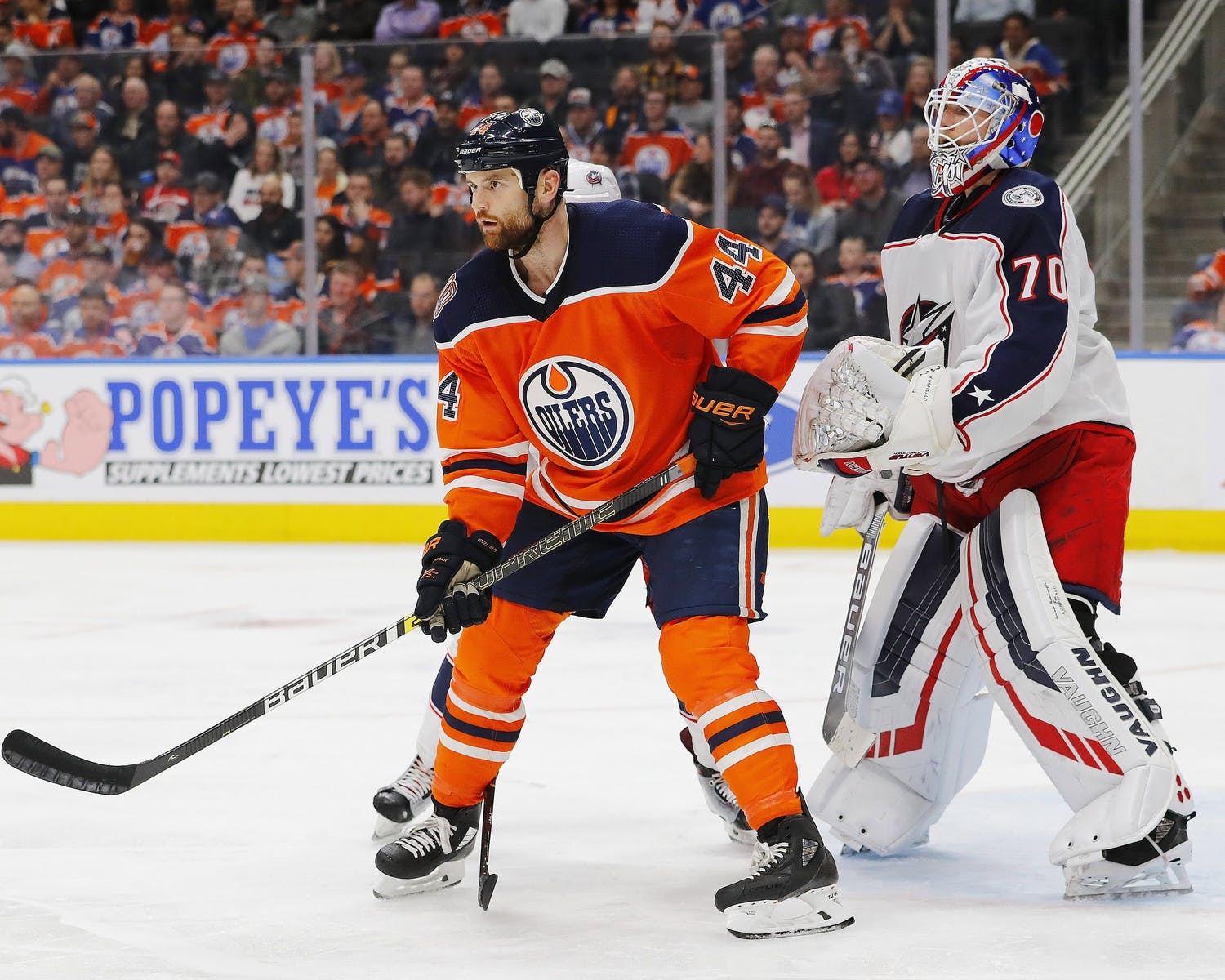 By Jason Gregor
1 year ago
There is a saying, “Never let the truth get in the way of a good story,” and that seems to be the case among many when debating the merits of @Zack Kassian.
I’m not interested in trying to change people’s opinions on a player. If everyone agreed in the analysis of a player it would be boring, however, I do think it is important to outline what actually happened with a player instead of what people perceive to have happened.
Kassian was acquired from Montreal for Ben Scrivens in the middle of the 2015/2016 season. He joined the Oilers organization after some time in a rehabilitation centre for alcohol abuse. Kassian played seven games in Bakersfield, then was recalled to Edmonton where he played 36 games to end the season.
In 2016/2017, Kassian added some size, speed and tenacity to the lineup and produced 7-17-24 in 79 games. He was a solid bottom six forward. He scored three goals and delivered some huge hits in the 2017 playoffs and fans appreciated his style of play.
In 2017/2018 he once again scored seven goals, but he had many games where he looked disinterested. Kassian didn’t get off to a great start in 2018/2019, and he and his agent asked for a trade. The trade didn’t occur, and in January of 2019, with the team struggling, Ken Hitchcock, who had replaced Todd McLellan earlier that year, decided to give Kassian a shot alongside Connor McDavid. It worked out and Kassian started producing.
From January 1st, 2019, to December 31st, 2019, Kassian was a highly productive player for the Oilers. He produced 23-22-45 points in 82 games at 5×5. McDavid had 24 goals in that span, while Leon Draisaitl produced 28. Kassian’s 23 goals were tied for 13th most in the entire NHL during the 2019 calendar year, and his 45 points were 18th best. No question he benefitted from playing with Draisaitl and McDavid, but as we’ve seen, just because you play with those two doesn’t guarantee you will produce. Kassian also had a 52.4GF% that year, the best of any regular forward. McDavid was at 48.8% and Draisaitl at 44.9%.
During that span, @Ryan Nugent-Hopkins was fourth among Oilers forwards with 25 points while Sam Gagner was fifth with 16 and Alex Chiasson was sixth with 12. Having anyone produce outside of McDavid and Draisaitl was a bonus and Kassian did.
Then the calendar turned to 2020 and things started to go awry. Kassian played five game in January, and got suspended in the fifth game when he went after Matthew Tkachuk.
He returned to action on January 29th, after signing his contract extension earlier in the day. I think it is fair to say the contract was a bit high. Kassian played eight games, then got injured and missed three weeks before returning to play seven games before the 2020 season was cancelled due to COVID. Kassian produced 2-4-6 in the 15 games after signing his new contract.
Kassian, like many Oilers, didn’t have a good performance in the playoff bubble when they lost in four to Chicago.
And this past season, Kassian underperformed. He had 1-2-3 in the first 13 games, but too often he wasn’t engaged in the play. He wasn’t around the net, and didn’t create many chances. He broke his hand/finger in his 13th game in Ottawa on February 8th. He missed five weeks and returned March 17th. He scored a goal in his first game back and added an assist the next night. He looked much more involved. He was using his speed to create things, but he was pointless in the final 12 games and wasn’t on the ice for one goal at 5×5. He was only on for three against. In his first 15 games his GF-GA was 9-10. He wasn’t getting crushed in GF% early in the season, but the final 12 games he didn’t do much at all.
I thought Kassian was quite good in the Winnipeg series. He was physical. He was involved. He produced 1-1-2, tied for third on the team, and he had solid possession numbers posting a 53.4SF%, 50GF% and 59.6xGF%. He was a positive impact on the team, and he needs to play that that more often.
In 2019 Kassian had a stellar 82 games. He produced huge points, which I don’t think is the norm, but he also had a positive GF%. However, in the 47 regular season games since then he struggled and looked disinterested at times. I don’t expect him to be as productive as he was in 2019, but I also feel he can do more than he has in the 47 games since.
He has to find the middle ground.

Personally, I don’t think Edmonton could afford to risk losing Kassian. Some will scoff at that, and that’s fine. I do think his contract is too high, but I don’t blame the player for that. However, even with too high of a cap hit, I believe Kassian adds a dimension this team doesn’t have. But he needs to show those attributes more often.
The truth about most NHL players is that there will be dips in their consistency. The main reason the great players are great, is because they figured out how to remain consistent. They rarely have extended slumps or sub-par play, but the other 80% of the NHL will have those dips. Kassian had that in his previous 47 games.
The reason he was protected is twofold. When he plays like he did 2019, and in the 2021 playoffs, he is a positive asset to the team. Two, other teams are interested in acquiring him, and to lose him for nothing, just to free up cap space would have been a risk. Yes, it frees up cap space, but more cap space in free agency, just increases the chances of overpaying another player. It is a vicious cycle that seems to repeat itself every off-season in the NHL. Very few teams are immune to overspending.
If I look at the players, without the salary cap, there is no doubt Kassian is a better NHL player than @Jujhar Khaira, @Dominik Kahun or @Tyler Benson. I understand the salary cap matters, but so does needing enough skilled NHLers. Kassian can do more than the other three.
When Kassian was young and played in the AHL he scored 25 goals in 66 games. Tyler Benson has 34 goals in 156 AHL games. Benson is more of a playmaker than a shooter in the AHL. Will he produce more offence than Kassian? Does he skate as well? Is he as physical? I hope Benson becomes an NHL player. I’ve watched him since he was 14 years of age playing against my nephew. He is a great young man, and he will compete for a spot in camp, but today he is not as good as Kassian. He might never be.
Kassian has showed he can be a positive contributor at the NHL level. He’s also shown he can be a passenger when he isn’t engaged. The challenge, and I’m sure it is frustrating for Dave Tippett, and Kassian himself at times, is getting Kassian to use his positive attributes more consistently. He has elements in his game that no other forward on the Oilers has.
They need more NHL players, not fewer. And with other teams interested in acquiring him, losing him for nothing in expansion would have been horrible asset management. Frank Seravalli had more details on potential trade in our podcast at Dailyfaceoff.com. I think there is a better chance Kassian gets traded, than Benson getting claimed by Seattle. Which should make those upset about the decision doubly happy.
I think it is fair to dislike the contract, but also recognize that losing him for nothing wouldn’t be the best option.