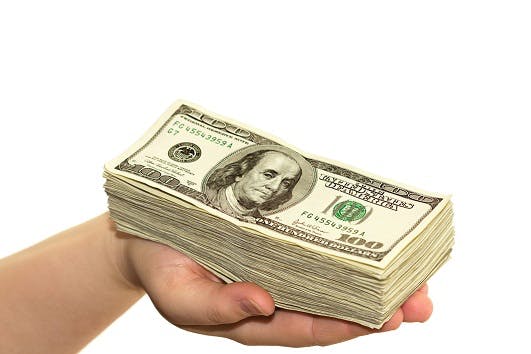 By Cam Lewis
2 years ago
A little over a month ago, we were talking about how the NHL’s salary cap ceiling could jump all the way to $88 million. That isn’t going to happen. A lot has changed in the last month.
In late June of 2019, the NHL and NHLPA agreed on an $81.5 million salary cap for the 2019-20 season based on studying previous revenue and forecasting future earnings. Back in June, nobody expected the NHL would see a good chunk of its revenue cratered because the league got paused due to the spread of an infectious disease.
The global COVID-19 pandemic isn’t something anybody was expecting. The NHL is now navigating into uncharted waters here, grappling with the reality of possibly shutting down the 2019-20 and playing well into the future without fans in stadiums. As a league that relies heavily upon gate spending to generate revenue, the pandemic will have major ramifications on the NHL.
Since the salary cap was implemented following the 2004-05 lockout, the upper limit has more than doubled. Save for a decrease negotiated during the 2012 lockout, the salary cap has been incrementally increased each year. But now, we might be facing a reality in which the cap ceiling goes down.
Per the Collective Bargaining Agreement, the owners and the players split hockey-related-revenue right down the middle, 50/50. In June, the league sets a cap for team spending based on an estimate of expected revenue growth. The NHLPA then votes to inflate that figure by up to five percent. Obviously, the higher the inflator, the higher the earnings are in free agency.
The league sets a final salary cap number and, after that, an escrow percentage is agreed upon between the NHL and the PA. The percentage agreed upon represents the amount of money taken off each player’s paycheque to be put into a bank account until the end of the season.
Here’s a more in-depth explanation of how escrow works in the NHL for those interested.
At the end of the season, teams all submit their hockey-related-revenue and the league adds all of it up to determine the total revenue generated by the league. That figure is split in half and both sides get their 50/50 share of the pie. If the total hockey-related-revenue comes in lower than the projection from the previous June, the players only get some of their escrow payment back and the rest goes to the owners in order to ensure an equal 50/50 split. More often than not, the players end up losing money.
Here’s where the long-term issue comes in. The league has already lost a month’s worth of regular-season games and all of the revenue that comes with it. The revenue generated from 2019-20 will come nowhere near the figure determined based on last June’s projection that ultimately resulted in the $81.5 million salary cap and the subsequent spending on player contracts.
The players, as of April 15, have already been paid their salaries for the 2019-20 season. But given how much lower hockey-related-revenue will be in comparison to the projection, the 50/50 split will be completely out of whack.
The players are going to have to pay the owners back in order to reach that equilibrium. One possible option includes decreasing the salary cap.
This would obviously be a disaster. Let’s assume that the 2020-21 salary cap decreased by 25 percent to compensate for this year’s shortfall in revenue. That would mean a $61 million cap ceiling. Either the players would have to accept a corresponding rollback in salaries or the league would have to issue compliance buyouts in order to allow teams to get under the ceiling.
The Oilers already have roughly $70 million committed to their team next season. Getting down to $61 million would be a massive task. The logistics of expecting each team to gut themselves and lay armageddon to their rosters isn’t exactly reasonable. More realistically, we’re looking at a stagnant salary cap ceiling for the next few years and an increase in escrow payment from the players in order to compensate for the loss in revenues this season.
Teams and players alike have been planning their futures based around the idea that revenue will grow and the salary cap, subsequently, will rise year by year as well. Plans will have to change now.
The Oilers aren’t staring into the infernos of salary cap hell like Toronto, Vegas, Vancouver, and Tampa Bay are, but a stagnant ceiling will significantly lower Ken Holland’s ability to improve the roster over the coming seasons. For example, trading Kris Russell and his $4 million cap hit might be impossible this off-season. Holland might not be able to afford to find an upgrade on Mike Smith in free agency. Buying out James Neal might become necessary.
On the other side of the coin, teams having to tighten their belts will also inevitably drive down the demands of free agents. How many teams are going to be willing to break the bank for Taylor Hall this off-season? What about restricted free agents? Are players coming out of their entry-level deals going to continue to sign shorter deals that walk them right to free agency as Auston Matthews did? Or is this uncertainty going to push them to lock themselves into deals with the most term possible?
It isn’t going to be an easy situation to navigate, but, at the end of the day, everybody is in the same boat.
Nation Takes
Oilers Talk
Recent articles from Cam Lewis