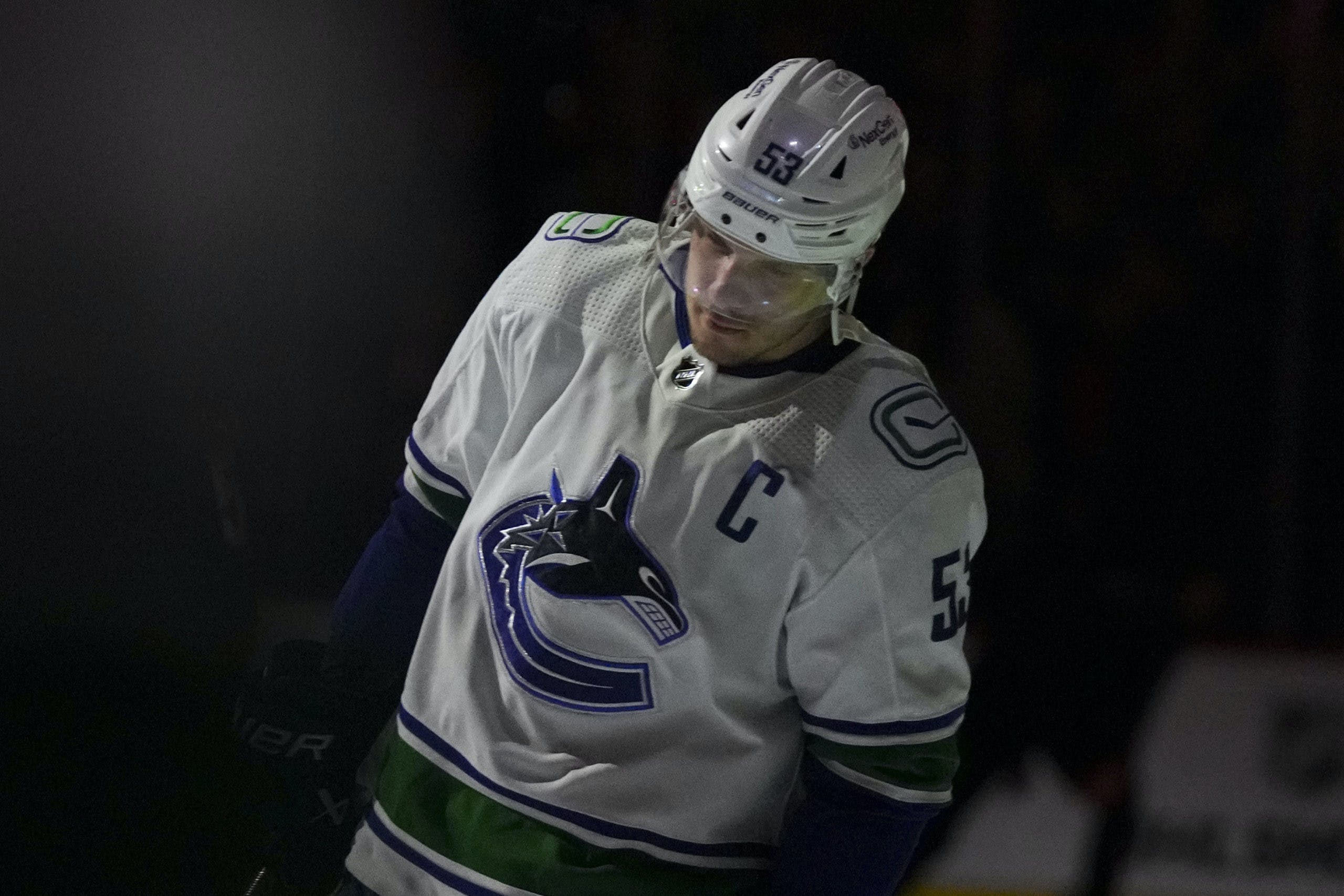 By Zach Laing
15 days ago
Vancouver Canucks forward Bo Horvat would reportedly be open to a trade to the Edmonton Oilers, and future uncertainty about Edmonton’s roster could be part of the reason it makes sense.
This, according to Sportsnet’s Jeff Marek, who made the comments on the 32 Thoughts podcast Monday morning.
Marek talked about how the Canucks are likely looking to regain roster players, rather than draft picks and future assets in a deal for Horvat. The Canucks’ captain currently carries a $5.5-million cap hit, and is an unrestricted free agent at the season’s end.
Here’s what Marek had to say:

“One person mentioned to me on Saturday as well, that he could see Edmonton long-term being a fit for Bo Horvat. One, because A, he’s an excellent player. Two, he’d be amenable to going there, and three, who knows the future of their two big guns, specifically Leon Draisaitl, who is a couple years away from unrestricted free agency. I thought that was an interesting one to lob out there.”

This might be the first time, at least publically, that any reporter has mentioned anything to do with the future of the Oilers’ big guns. Make no mistake, the window is now for the Edmonton Oilers and the addition of Horvat would be huge for the Oilers’ forward group.
He’s currently having a career year scoring 30 goals and 48 points in 43 games this season with goal and point scoring rates far and away the highest of his nine-year career. Horvat’s been a good two-way player for some time, and according to hockeyviz.com, he’s contributing even-strength offence at a four percent rate above league and defence at a three percent rate below league average this season.
There are some interesting caveats with this one. First and foremost, the acquisition cost. If the Canucks are in fact looking for more roster players than futures, the Oilers could theoretically offer up players like Jesse Puljujarvi, Warren Foegele and Kailer Yamamoto from the forward group. The team would likely need to add in some draft picks and/or prospects, but not sell the entire farm in a deal.
The other caveat is what a future deal would look like long-term in Edmonton. Horvat is 27 years old so he fits right into the Oilers’ core age range. There have been talks of Horvat getting in the $8-million range on a new deal, but that would be tough for the Oilers to fit in.
On top of that, Zach Hyman signed his seven-year, $5-5-million AAV contract at 29 years old. Ryan Nugent-Hopkins signed his eight-year, $5.125-million AAV at 27 years old. Evander Kane signed his four-year, $5.125-million contract at 30 years old. Would Horvat consider signing a team-friendlier contract if the Oilers were to acquire him? That’s a big question and one the Oilers would hopefully try and get answers to prior to acquiring him.
He would undoubtedly be a great fit in the Oilers’ top-six. It could bump Nugent-Hopkins down to the third line, and allow the Oilers to go nuclear with Connor McDavid and Leon Draisaitl on the top line.
Nonetheless, the trade winds are blowing and the Oilers are right in the midst of them all.
Zach Laing is the Nation Network’s news director and senior columnist. He can be followed on Twitter at @zjlaing, or reached by email at zach@oilersnation.com.
Featured
Nation Takes
News
Oilers Talk
Recent articles from Zach Laing