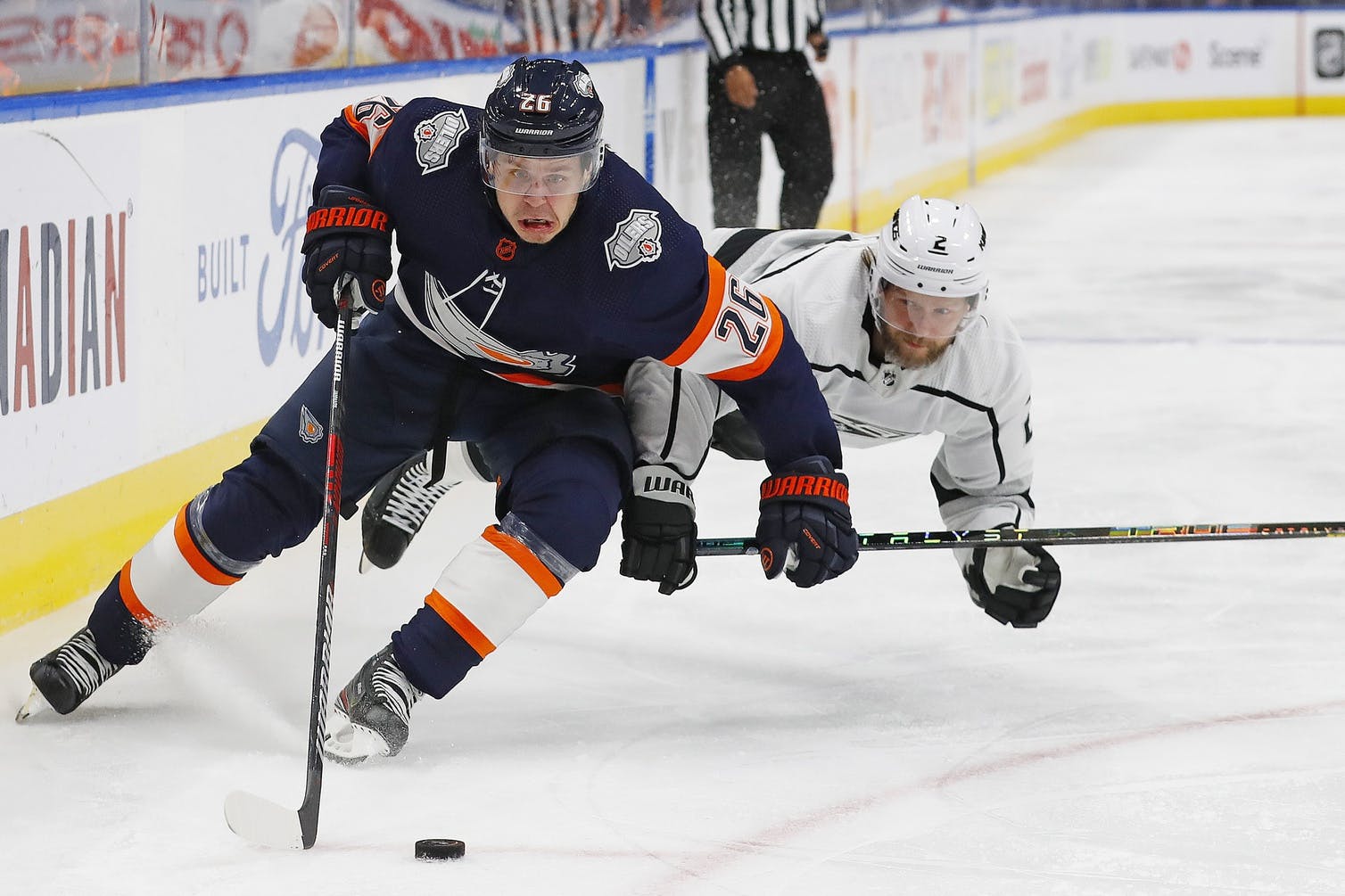 By Cam Lewis
3 days ago
Jay Woodcroft brought out the blender at the Edmonton Oilers’ practice on Friday.
Mattias Janmark has been elevated to the team’s top line alongside Connor McDavid while Jesse Puljujarvi has been moved to the third line and Ryan Nugent-Hopkins has been slid to Leon Draisaitl’s wing…
Janmark, who Ken Holland drafted while with the Detroit Red Wings back in 2013, was signed to a one-year, $1.25 million deal during the off-season. Between six seasons between the Dallas Stars and Golden Knights, Janmark has scored 66 goals and 159 points over the course of 423 games.
Janmark cleared through waivers after training camp but was recalled after the Oilers placed Evander Kane on the Long-Term Injured Reserve. In three games so far with the Oilers, Janmark has one assist and three shots on goal.
These changes come on the heels of the Oilers losing their first meeting of the season with the Los Angeles Kings by a score of 3-1. McDavid and Draisaitl were both held off the scoresheet in the loss and the duo only generated two shots on goal. Edmonton will host the Pacific Division-leading Vegas Golden Knights on Saturday night.
In the game against the Kings, McDavid played 10:04 at even strength with Nugent-Hopkins and Puljujarvi on his wings and 5:49 with Hyman and Draisaitl as his linemates. Draisaitl, meanwhile, played 9:28 even-strength minutes with Hyman and Warren Foegele.
Featured
News
Team News
Recent articles from Cam Lewis