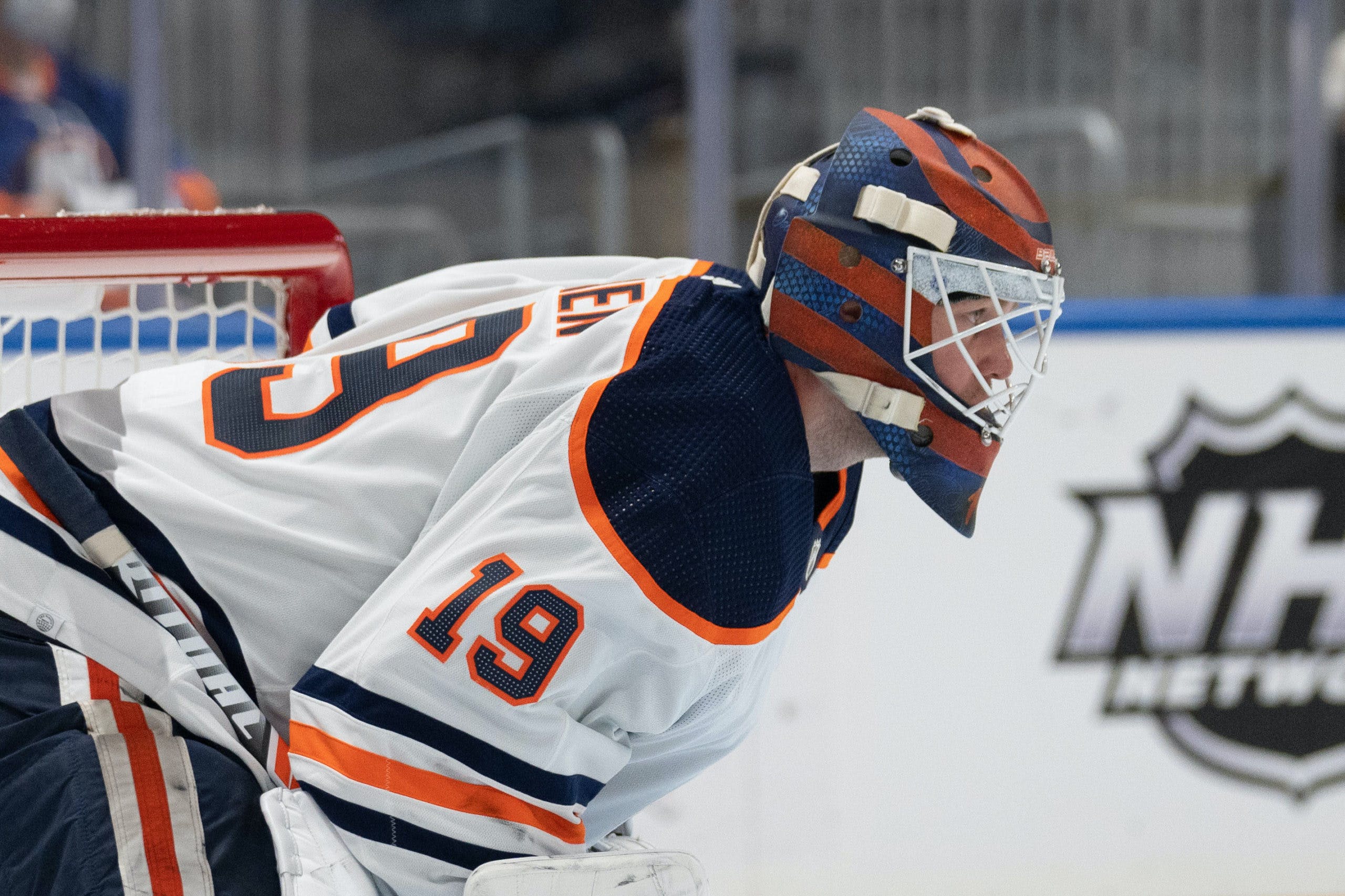 By baggedmilk
11 months ago
According to TSN’s Ryan Rishaug, Mikko Koskinen is the latest Edmonton Oiler to be caught in COVID limbo as the goaltender awaits PCR test results after coming up with a positive result on a rapid test earlier in the day.
The defacto starter for most of the season as a result of Mike Smith’s injuries, Mikko Koskinen has played a lot more hockey than many of us would have expected before the campaign got going, but the Finnish netminder could miss some time after testing positive for COVID on a rapid test before returning from the all-star break. Now that Koskinen has a positive rapid test result, he will have to wait for his PCR results to come back before being cleared to resume his day-to-day activities.
On January 18th, the NHL announced that it would stop testing asymptomatic players after the break, but advised that players and staff would have to test negative upon returning to team facilities before the schedule picks back up again.
From Frank Seravalli at DailyFaceoff:

“The NHL informed teams on Tuesday that the league plans to stop testing asymptomatic players and staff for COVID-19 beginning on Feb. 7 after the All-Star break, sources told Daily Faceoff.
The protocol change is contingent on COVID-19 rates continuing to decline within the NHL and pending review and agreement by the NHL and NHLPA’s medical group and their infectious disease consultants by Jan. 31.
More importantly, these changes would also provide the NHL a better chance to complete the 82-game regular season by April 29, and much smoother sailing into the Stanley Cup playoffs since many players tested positive this season absent of symptoms.
The NHL’s current protocol will remain in place until Feb. 3, at which point optional taxi squads will likely also be eliminated.
Then after one negative test is required for re-entry to team facilities following the All-Star break, testing will only be “for cause,” either for players and staff who develop symptoms, or require testing for cross-border travel.”

Obviously for Koskinen and the Oilers, having yet another player get placed on COVID protocol is the last thing they needed as they seem to be moving in the right direction, but here’s hoping this will be the last time they face this challenge as the league’s restriction loosen. The good news is that Mike Smith was activated from the IR which means he’s likely in line for a start or two this week, but I think the best result we could hope for is having some healthy support behind him as he shakes the rust and gets back up to speed. Either way, it will be interesting to wait and see how Koskinen’s results come back and what our goaltending tandem will look like ahead of Tuesday night’s battle with the Vegas Golden Knights.