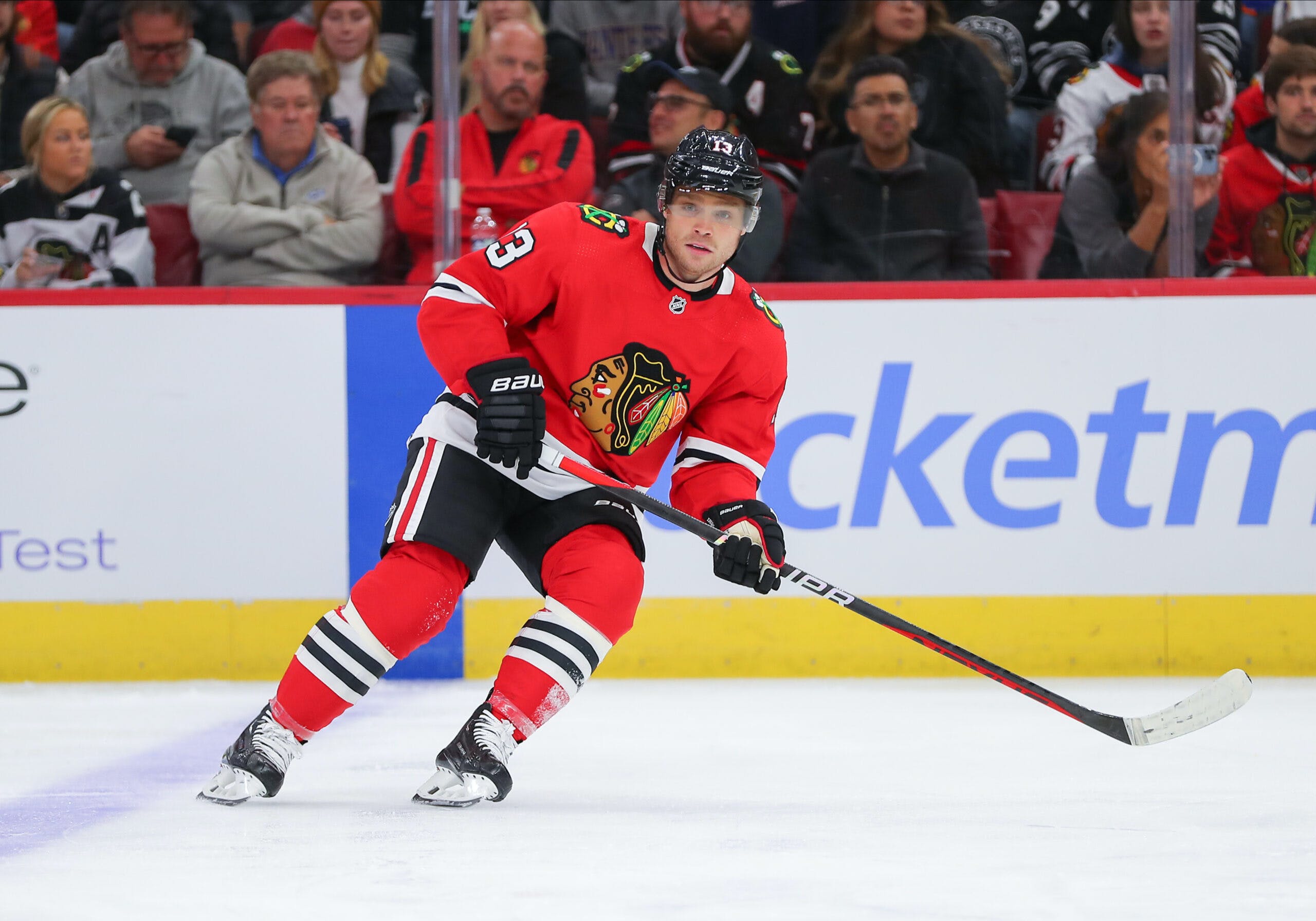 By Liam Horrobin
1 month ago
The trade rumour has been swirling around the Edmonton Oilers tons recently, especially after another frustrating loss yesterday versus the Anaheim Ducks. One name surrounding the Oilers is John Klingberg, who they played against on Saturday, along with Jakob Chychrun and Jonathan Toews.
However, I do not want to talk about those players today. There are many moving parts that need to happen for Ken Holland to pull off those moves. Can he do it? I think the question is, does he want to do it? In his time with Edmonton, he has yet to splash the assets to bring in a big-name player like the ones listed. He seems to prefer the depth options, which is where I want to go with this conversation.
Earlier this week, I asked the Twitter world which depth options they would like to see Holland go after. Here is what you all had to say.
You have probably heard this name mentioned on many of our shows. All signs point to him costing a first round pick right now, so we shall see if the Oilers want to spend that on him.
Max Comtois is somebody that could be a legit target for Edmonton.
Bring the boy home! The Montreal Canadiens probably do not want to move on from Brendan Gallagher, unfortunately for us. He also makes $6.5 million until the 2026-27 season which makes him untradeable.
Sure! If Washington drops off again, I would not be against a Lars Ellers acquisition.
I have a tough time seeing the New York Islanders move on from Scott Mayfield. They are in a good spot in the Eastern Conference and likely do not want to do anything crazy to jeopardise that.
The Josh Anderson rumours have been around for a couple of years now. The Oilers cannot afford Anderson. As much as some of us would like him, he earns $5.5 million until the 2026-27 season.
Sam Gagner teased us all summer that he might come home and never did. It broke my little heart, and I am unsure if I will ever recover.
As a 6th or 7th defenceman,  I do not think Luke Schenn would be a horrible option. He won’t bring much other than physicality, but maybe that is what the Oilers need right now.
Like a few names we have already spoken about, Josh Anderson and Brendan Gallagher, the Oilers cannot afford Boone Jenner’s salary and term.
I mentioned him in the question as an example, but my target would be Max Domi. He is having a very good year with the Chicago Blackhawks (10 goals and 10 assists) and only has a $3 million cap hit that expires at the end of the season.
Of course, the argument will be that they do not need more offensive talent. I would argue they 100% do. The forwards they have right now, outside of the top five, are extremely inconsistent. You never truly know what you are going to get each night. Plus, if Domi is not going offensively, you know he is going to give you some energy physically.
As for a defenceman, I truly do not have an answer for you. When you look at Holland’s history with the Oilers, he likes acquiring a defenceman at the deadline – Mike Green (2020), Dmitry Kulikov (2021) and Brett Kulak (2022). We will exclude Green but the other two played well when they first joined the team. I trust Holland to do the same this year.
Some defencemen Frank Seravalli had on his trade targets list were Sean Walker (LA Kings), former Detroit Red Wing Nick Jensen (Washington Capitals) and Shayne Gostisbehere (Arizona Coyotes).
Overall, let’s just hope Ken Holland can make the right decision and strength this roster so they can go on another long playoff run. If there’s anybody else, you’d like to see the Oilers acquire, let me know over on my Twitter.
Oilers Talk
Recent articles from Liam Horrobin