Nation Thoughts: Memories From The 2022 Season 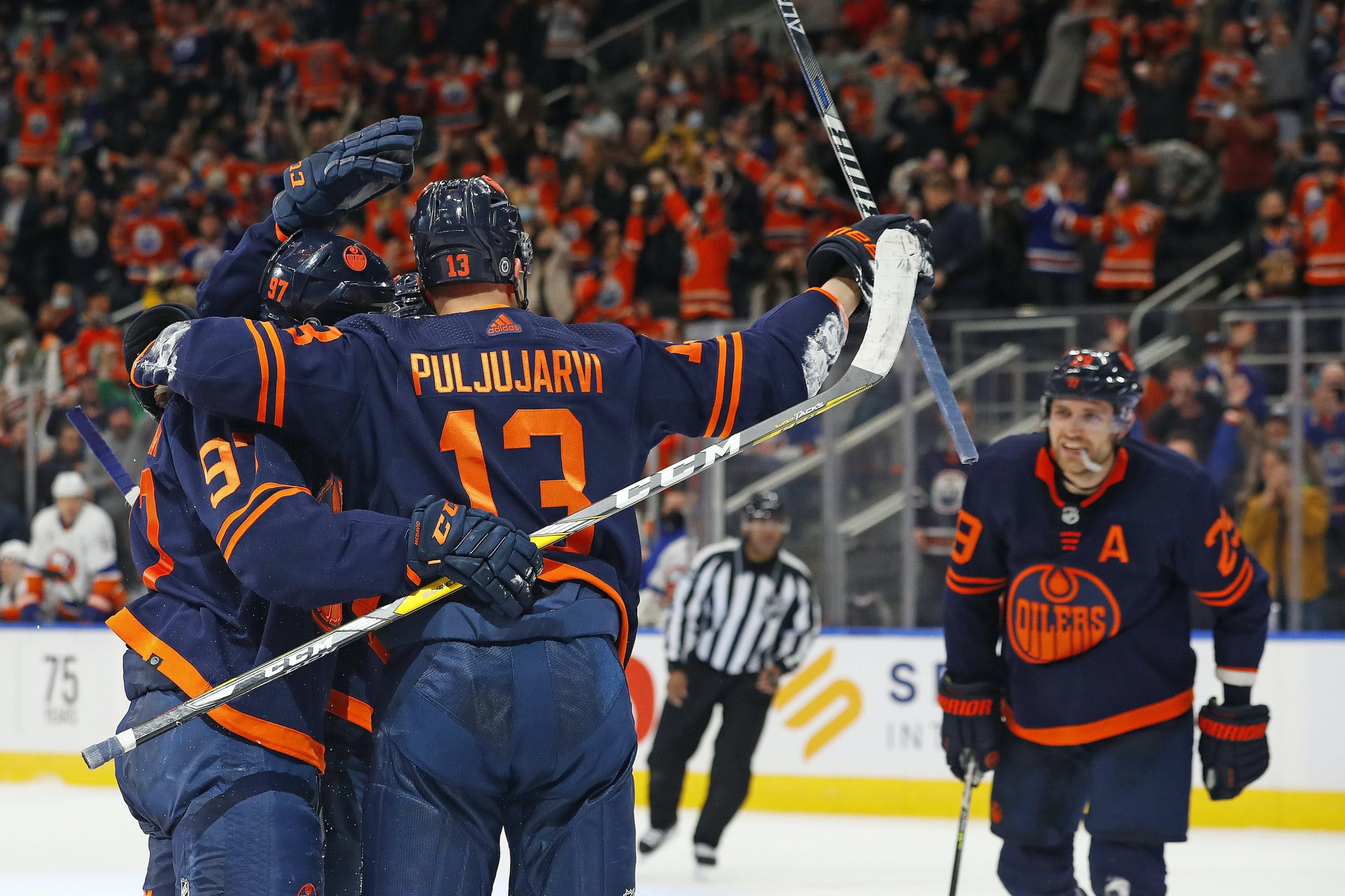 By Liam Horrobin
7 months ago
Last Monday, the Edmonton Oilers’ season came to a crashing end in Game 4 of the Western Conference Finals. Arturi Lekkohn beat Mike Smith early in overtime, halting the Oilers’ chances of lifting Lord Stanley for the first time since 1990.
It was an incredible season for the Oilers. One that almost every fan will never forget. The city was buzzing in ways that people haven’t seen since the ‘06 run. The 2017 run was fun but it was nothing like this. It’s a shame that it came to an end at the hands of a sweep to the Colorado Avalanche. Nevertheless, that loss won’t overrule the memories that were made through the 2022 season.
From the creation of the Bison King to Connor McDavid’s game seven celebrations, this was a season that won’t be forgotten quickly. It seemed extremely appropriate to ask you all this week, what was your favourite moment from the 2021/22 season.
That Ryan Nugent-Hopkins goal is massively underrated. What if Calgary had won that game? Would the Oilers have come back and won that series still? We’ll never know, but we do know that the Nuge is Huge!
That Mike Smith chip to McDavid was the only piece of excitement from that San Jose game. Holy smokes was that game a snooze fest. Watching any game in San Jose is truly terrible.
Not just an iconic Oilers moment, but an iconic NHL moment. I know the fans outside of this series wanted to see it go the distance, but having McDavid end the Battle of Alberta in overtime was poetic.
I’ll also make that one of my favourite moments. I literally jumped over my couch when that goal went in, which was the most athletic thing I’ve done since grade nine track.
Of course, the other McDavid moment was game seven versus the Los Angeles Kings. I’ve been fortunate enough to see a variety of sports live. No moment will ever beat what happened at Rogers Place that night. I didn’t see the celebration until the next day because I was too busy jumping around with my dad to realize what was happening on the ice. We are so fortunate to watch McDavid play and I can’t wait to witness more.
Leon Draisaitl’s 50th goal versus the Anaheim Ducks was another great one. That was also the start of his injury saga. However, that added to the moment of scoring his 50th. That’s now two 50-goal seasons for Neon Leon in the last four seasons. Not bad for a guy who plays on a “one guy” team.
One final moment I loved in 2022 came early in the Oilers season. Jesse Puljaravi got the scoring started for the 2022 campaign and the goal itself wasn’t even that great. He battled in front, created space for himself, and then found the rebound to beat Thatcher Demko. The celebration from him was excellent and it felt like a sign of things to come. Unfortunately, we didn’t get it on a consistent basis but at that moment I remember feeling so elated for him.
I really hope we haven’t seen the end of him in an Edmonton Oilers jersey. Its plays like that show the abilities that he can bring to the ice.
It feels like the regular season was a million light-years away; it was difficult to remember every great moment. However, when I was thinking back those were the two that stood out to me. I know some may be thinking about McDavid’s goal against the New York Rangers but unfortunately, I didn’t witness that goal in the moment.
If you’ve remembered any more moments after reading this hit me up on Twitter at @LiamHorrobin.
See you all next week.
Nation Takes
Oilers Talk
Recent articles from Liam Horrobin